How to Deal With Brown Tips on Your Boston Fern

Boston Ferns (aka the Sword Fern or Nephrolepis exaltata) are generally easier to keep than other types of ferns in the home environment. However, your home’s air is likely drier than any fern prefers, including this one. Without the proper care, it’s all too easy for a dark green fern that starts out glossy and perfect to develop brown and dried-out tips quickly. The tips of individual fronds are often the first parts of this fern to show damage. Adjust the plant’s care to prevent this problem with the help of this guide to fix brown tips on your Boston fern at home.

How to Manage Brown Tips on Boston Ferns – The Essentials

Brown tips on Boston ferns most typically occur due to dry conditions, either in the soil or in the air around the plant. The simplest solution is to increase humidity and regularly water your Boston fern. It’s essential not to overdo it though, as an overwatered fern can also lead to brown fronds due to root rot or fungal infections.

Common Reasons Your Boston Fern has Brown Tips or Fronds

There are over a dozen reasons that a Boston Fern (Nephrolepis exaltata) might develop browning on the tips of its fronds. Most of them are issues caused by incorrect care. These ferns are native to tropical parts of the world that offer high humidity, plenty of rain, and not too much direct sunlight.

If you’re not mimicking these conditions well enough in your home or outside of it, the Boston fern may show stress through brown and dried-out tips.

Insufficient watering is the primary cause of brown tips on the fronds. This problem will lead to browning that begins from the tip rather than from the base. The frond will also dry out as it browns, rather than staying flexible or soft. Crispy tips indicate a lack of moisture overall. If you’re watering plenty but still have brown tips, it’s likely a lack of moisture in the air instead.

Increasing the humidity around a Boston Fern can’t make it turn green again where the fronds have gone brown. However, it can prevent the browning and drying effect from spreading further up the foliage.

These ferns prefer humidity levels of 60% or higher, while the average home offers only 40% ambient humidity due to heating and air conditioning.

Misting the fern once every few days or setting it up in a room with higher humidity can make a big difference.

Boston Ferns aren’t burned by hot weather, but they do dry out faster. This can lead to brown tips due to moisture loss in the soil around the roots.

Heat stress without insufficient moisture tends to make the fern wilt and flop rather than causing brown tips. Long periods of hot weather or hot temperatures can lead to browning all over the plant.

Keep Boston Ferns in areas that stay under 85 to 90 degrees F in the summer, or make sure air circulates around them to cool them off if there’s a heat wave.

Applying too much water to a Boston Fern may lead to browning of the fronds, but not necessarily directly at the tips.

Browning caused by overwatering tends to show up on the base or spine of the frond first, then spread to the tips of the fronds. This kind of browning also tends to stay soft and flexible rather than drying up.

It’s an advanced sign of severe damage after overwatering, so watch out for more subtle signs like damp soil or a lack of new growth first.

Boston Ferns don’t like water with many minerals or chlorine in the mix. They may develop lackluster color and brown at the tips as they struggle to absorb enough moisture. Again, this is an advanced symptom of a problem.

Switch to distilled, filtered, or rainwater if you notice a dull color or wilting that doesn’t go away after watering. Don’t wait until brown tips appear to make a switch since they indicate some of the root mass may be dying back already.

This houseplant needs the occasional dose of half-strength fertilizer during the growing season to keep it dark green and thriving.

Individual doses of potent fertilizer will brown the tips and lead to dead foliage from the outside. Both problems are hard to reverse, so err on the side of applying too little fertilizer rather than too much.

Anything that leads to root death could leave your Boston Fern turning brown one frond at a time. Poor drainage is a significant culprit since this plant needs more watering than most. Without good drainage, moisture builds up around the bottom of the container and rots the roots there.

Root rot will lead to wilting despite the soil being moist, and then you’ll see leaves turning brown and dying off. Switch to looser soil before this can happen.

Indirect light and partial shade is the key to a happy fern. Boston Ferns will dry up and turn brown on the edges if exposed to too much direct light. This is likely the case if the plant shows signs of damage only on one side or a limited number of fronds. Check for natural light sources that might be burning the plant at a particular time each day.

For more, see our in-depth guide on where to position Boston ferns at home.

Much like with overheating, Boston Ferns are sensitive to cold temperatures and drafts. Keep them away from A/C vents in the summer and open windows in the winter.

A blast of cold air may lead to just some fronds wilting and looking visibly damaged. After a short time, the damaged foliage will dry up and turn brown. You can’t reverse the damage, so prevent it instead with good draft protection for the plant.

Some amount of browning and frond loss is natural as the Boston Fern ages. This will affect the oldest and lowest fronds first and isn’t preventable. If the browning appears on the tips of newer foliage instead, it’s a sign that there’s an issue beyond just inevitable aging.

Removing these older fronds before they even turn brown can help keep the plant looking neat and help you spot signs of problems faster.

Some common Boston fern pests and diseases, such as fungal root rot and sap-sucking insects, can lead to browning. However, it’s likely to affect an entire frond instead of just the tip. Tip damage may be a problem with insects that are targeting that part of the plant.

Brown tips can appear at any time of year, but they’re prevalent when a fern is brought indoors in the fall or returned outside in the spring. If you keep your Boston Fern indoors all year round, you may notice browning during these seasons due to changing conditions.

Once foliage turns brown, it’s effectively dead. Some issues can lead to flexible or soft-feeling brown foliage that feels like it might still be alive. No matter how long you wait, you’ll find the fronds don’t regain their color. There’s no need to leave damaged leaves in place in the hope of seeing the green return with proper care.

Should I Remove Brown Leaves?

Brown leaves or fronds can be trimmed away with a pair of sharp and sterilized scissors. Any fronds that entirely turn brown should definitely be removed as soon as possible. Leaving dead and dry foliage hanging on increases disease risk and makes it harder to spot future damage.

No matter the cause, it’s fine to trim brown tips off as well. You can leave the green part of the frond in place, but it may still brown and dry out if the damage spreads after the trim.

Boston Ferns need brighter indirect light than the average artificial home light level. Try placing them in an area where morning light comes in through the winter, but there is never direct afternoon light.

Boston Ferns may develop dark spots or dots on the underside of their fronds as they mature. This is a part of their reproductive process, where they generate spores that won’t harm you or the plant.

The Boston Fern tends to get a few brown tips per year as it experiences variations in conditions around it. Just trim off the ends and adjust the light levels, watering patterns, or humidity to see it recover. Brown fronds can be removed anytime since they’re dead and won’t return. For more, see our in-depth guide to the uses and benefits of Boston ferns. 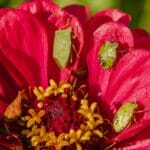 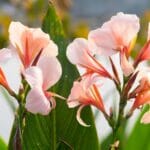