20 Botany Terms That Will Make You A Better Gardener

Like everything, there’s a lingo that goes with gardening. And if you’ve ever walked into a nursery feeling completely overwhelmed by the vocabulary—then you’ve experienced it first-hand. While textbook learning alone can’t make you a great gardener, when combined with enough hands-on practice, learning more about various gardening and botany terms can actually improve your craft.

An annual is a plant that completes its life-cycle in one year. That means it goes from seed to flower to seed in one single season, after which the entire plant (including its roots and stems) die completely. If you plan on incorporating annuals in your garden, you might ask how good they are “self-seeding”. Annuals that self-seed will often come back year after year simply by sowing their seeds in your garden.

Unlike annuals, perennials continue to grow year after year. While they may become dormant during winter months (and even appear dead), they’re fully capable of coming back each spring when the weather warms up. Because they can live for many years, some perennials don’t produce any flowers until their second year of growth. Keep in mind that many common garden flowers can be purchased as either perennials or annuals (like cornflowers and coreopsis), so it’s always a good idea to ensure you’re buying the one you want.

Somewhere between annuals and perennials are biennials, which complete a full life-cycle (seed to flower to seed again) in two years. In the first year of growth, biennials will typically only consist of a small rosette of leaves at the base of the soil, which can make proper plant identification a real challenge! Most biennials will flower and scatter seeds in their second year before dying back completely. Examples of biennials include Foxglove and Black-eyed Susans.

You’ve no doubt heard the term evergreen, but do you actually know exactly what it means in the plant world? Evergreens are the trees that don’t shed leaves seasonally and instead stay green throughout all seasons of the year. This doesn’t mean they never shed old leaves, but rather that they do so at a slower pace and in a less obvious way by always retaining some greenery. Examples of evergreens include pines, spruce, and redwoods.

Deciduous trees are the direct opposite of evergreens. These typically broad-leafed trees will seasonally drop all the old growth every fall or winter and appear bare for several months before sprouting new buds and repeating the cycle all over again. Examples of deciduous trees include maples, elms, and birch trees.

Understanding pollination beyond the funny little “birds and bees” mantra can be super helpful if you’re looking to level up your gardening. In botany, pollination is defined as the transfer of pollen from one flower’s stamen (the male part, easy to remember because “men” is in the name) to another flower’s stigma (the upper portion of the pistil, which is the feminine part of the plant). But just because there’s been a transfer of goods doesn’t necessarily mean any genetic material has been exchanged yet…

Pollination happens at the outermost level of the female reproductive organ known as the pistil. This top part, called the stigma, selectively chooses what pollen gets in, and what pollen doesn’t. If pollen is accepted by the stigma, then it will travel down into the “ovary”. This is where fertilization, aka true genetic exchange, occurs. One easy way to tell if a flower has fully undergone the entire fertilization process is to check back and see if it becomes fruit (which is really just a vessel for spreading seeds in the plant world)! If it does, then it’s been fertilized. A good example of this would be a rose becoming a rosehip, which is the seed-bearing fruit of that plant.

The nuances of pollination don’t stop there, mainly because there are so many different kinds of plants— which makes the way they share genetic goods that much more complicated! Perfect flowers are defined as those which have both male and female reproductive parts. They’re also called “bisexual” flowers. An example would be the rose, where every flower has both male and female reproductive parts.

Have you ever heard how you’ll need to buy both a male and female plant if you want berries on your Holly bush? That’s because Holly is a dioecious plant— meaning it has exclusively female flowers on one plant and exclusively male flowers on another. Dioecious stands for “two houses”, and in the case of fruit-bearing plants like holly, you will indeed need one of each for pollination (and then fertilization) to occur.

Unlike holly, corn is a monoecious plant. Meaning “one house,” monoecious plants have separate male and female flowers on the same plant— so there’s no need to worry about buying plants of both genders in order for fertilization to occur.

If you’ve ever heard someone describe a flower as regular, they weren’t just dismissing it as boring. A regular flower is one that’s radially symmetrical, meaning that all of its petals and sepals all appear in a similar size and shape. A rose is an example of a regular flower.

Unlike regular flowers, which are radially symmetrical, an irregular flower is only bilaterally symmetrical (meaning if you were to fold them in half in one direction, they would be the same, but if folded differently, they wouldn’t). These plants often have a longer “lip,” which is an enlarged front petal. Examples include honeysuckle and snapdragons.

While you don’t need to know all parts of a plant for backyard gardening, it can be helpful to be able to identify leaf nodes correctly. The reason being that many garden guides will instruct you to prune plants at the node. A leaf node is simply the part of the stem from which one or more leaves emerge. When pruning plants, you generally want to look for a lateral bud (which also often appears at a leaf node) and make your cut just above that.

Unlike plant varieties, which naturally occur within a species, cultivars are artificial varieties that occur due to human intervention. By selecting desirable traits from different types within a species, gardeners can create cultivars (literally “cultivated varieties”) to achieve the desired outcome—usually, a plant that has certain wishlist qualities like being more winter hardy or producing more fruit.

While a hybrid can occur naturally, many hybrid plants we see today are the result of human intervention. Hybrids are generally grown from the seeds which come from the cross-pollination of two different plant varieties. You see a lot of hybrids in flowering plants, where crossing different varieties results in different colors and sizes of blooms.

If you’ve ever snipped off part of a houseplant and successfully rooted and repotted it— then you’ve made a clone. Clones are literally cuttings from existing plants that become individual plants in their own right. Since they’ve been taken directly from an existing plant, they have all the same genetic material, which is what makes them clones.

Although this isn’t a strictly botanical term per se, understanding the type of soil you have can be hugely helpful for gardeners. Acidic soils are those that have a pH level below 7. Many woodland areas, as well as those that have been overexposed to chemical fertilizers, will have acidic, also called “sour”, low-pH soils. Plants like hydrangeas, nasturtiums, and daffodils will all grow well in acidic soil.

On the other end of the soil spectrum, you have alkaline soil (also called “sweet” soil), which has a pH reading above 7. Alkaline soil is often rich in sodium, calcium, and magnesium. Since the soil is less soluble than acidic soils, many of the nutrients aren’t as readily available. Hardy plants and weeds like dandelions, chickweed, and lavender tend to thrive in alkaline soil.

Plant terminology can feel a little overwhelming at times but with these essential botany terms in your pocket, you’ll be well on your way to understanding the basics. Enjoy! 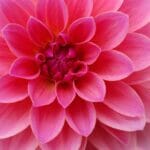 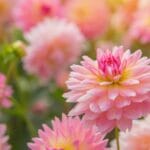