Just one look at a bleeding heart (Lamprocapnos spectabilis) flower, and it’s easy to understand where its name comes from. Part of the poppy family, these unique plants bloom with heart-shaped pink and white flowers that grace the spring landscape. In the language of flowers, a gift of bleeding hearts symbolizes passionate, romantic love. In many Asian cultures, these flowers signify a broken heart or love unrequited. Here we’ll take you through everything you need to know about bleeding heart flower meaning, symbolism, history, origins, and cultural significance around the world. 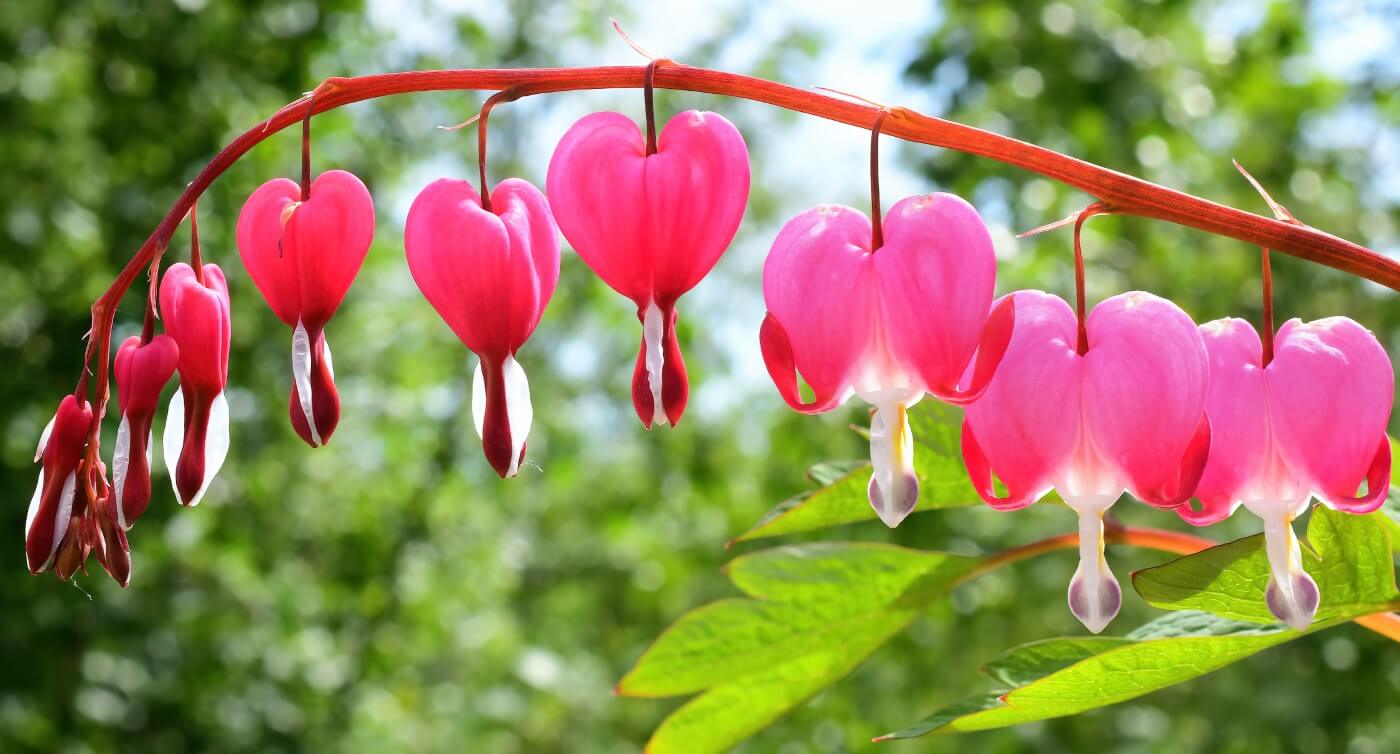 In the language of flowers, a bleeding heart symbolizes passionate love and romance. The pink and white blossoms may also signify unrequited love or a broken heart. In some cultures, flowers represent compassion and the ability to speak freely about emotions. White bleeding hearts represent purity.

Bleeding heart flowers belong to the Lamprocapnos genus. They’re the only species in this genus, which belongs to the Papaveraceae or poppy family. Once known as Dicentra spectabilits, other common names for the flowers include lyre flowers, Dutchmen’s breeches, and locks and keys.

L. spectabilis grows up to 3 feet tall. A shade-loving perennial, bleeding heart has powdery green leaves that grow in a rosette. Some varieties have fern-like foliage.

Up to 20 pendant flowers, each from one to two inches long, dangle in a row on arching stems. The blossoms have two, heart-shaped pink petals that puff or pouch slightly and resemble tiny lanterns. Two small, white inner petals and a stamen peek out underneath. These inner petals appear to be dripping from the lanterns. Bleeding heart flowers have a delicate, sweet scent.

Bleeding hearts have long been cultivated in northern China, Japan, and Korea. The plants were first introduced to Europe in the 1800s by Robert Fortune, a Scottish botanist. They became popular in English gardens in 1846 when the Royal Horticulture Society brought bleeding hearts back from an exploratory trip to the East.

Since then, the flowers have become popular ornamentals in spring gardens across temperate zones of North America and Europe.

The common bleeding heart, L. spectabilis, flowers with pink petals and a white “drip.” Other varieties include cultivars such as:

Bleeding heart’s original name, Dicentra spectabilis, comes from Greek for “two spurs” and “spectacular.” The new genus, Lamprocapnos, comes from the Greek for “shining” (lampros) and “smoke,” or kapnos.

What Regions are Bleeding Heart Flowers Native to?

When is Bleeding Heart Flowers in Season?

Bleeding hearts are toxic to humans and pets such as dogs. The roots, stems, sap, leaves, and flowers contain isoquinoline alkaloids that, when ingested, may cause trembling, convulsions, diarrhea, vomiting, and breathing problems. The sap may cause skin irritation.

Due to its toxic nature, there aren’t known culinary uses for bleeding heart. However, some folk medical traditions used bleeding heart for a number of purposes, including:

When grown as an ornamental plant, the bleeding heart attracts pollinators such as hummingbirds.

Bleeding heart flowers carry different symbolic meanings in different cultures. To the Victorians, a gift of bleeding heart would mean passionate or romantic love in the language of flowers.

But in many Asian cultures, the flowers stand for a broken heart or unrequited love. In other contexts, the flowers may symbolize love for all of nature, understanding, or compassion. White bleeding heart flowers mean purity and, in some cultures, are gifted to symbolize grief or remembrance of a loved one.

In the bleeding heart flowers’ native regions, legend has long surrounded these stunning blossoms. A Japanese folktale tells of a rich prince who fell in love with a beautiful maiden. He tried to woo her by giving her 20 gifts but was unsuccessful. The flowers are said to represent the prince’s broken heart, while each blossom on a stem is one gift that he gave her.

In another version of the story, the prince gifts the maiden two magical pink rabbits that symbolize the outer petals. He then gave her two long, white earrings. She rejects him yet again and the prince pulls a knife from the petals and ends his own life.

A bleeding heart flower sprang from the place where the Prince died. Upon seeding the flower, the maiden finally realizes how much the prince loved her but, alas, it’s too late.

For some Christian groups, the flowers represent compassion for others’ suffering. In this context, the bleeding heart may be used as a symbol of Lent or Easter.

Bleeding heart flowers connection with passion and romantic love make them a perfect addition to wedding bouquets and arrangements. They’re also a great choice for that special date night, an anniversary, or Valentine’s Day. The scarlet and white hybrid ‘Valentine’ is especially perfect for February 14 gifting.

With their unusually shaped flowers and lovely pink and white petals, the bleeding heart symbolizes romantic love and passion in the language of flowers. But the bloom’s heart shape and “drops of blood” that appear to drip from beneath the blooms make it easy to see why many cultures use these flowers to signify a broken heart or unrequited love. These popular ornamental flowers add drama and visual interest to any floral gift, as well as brighten up any shaded spots in the garden landscape.

What do bleeding heart flowers symbolize?

In the Victorian language of flowers, a gift of bleeding hearts means passionate or romantic love. But in many Asian cultures, the flowers symbolize unrequited love or a broken heart.

What colors do bleeding hearts come in?

The common bleeding heart, L spectabilis, blooms with pink heart-shaped blossoms with a white “drip” of inner blossoms peeking out the bottom. Other varieties bloom with all-white, scarlet, or soft pink petals.

Do bleeding hearts come back every year?

Bleeding hearts are perennials and are hard in USDA hardiness zones 2 to 8. That means they go dormant but come back the next year.

Do bleeding hearts bloom all summer?

Bleeding hearts generally bloom in late spring through early summer. They tend to go dormant in mid-summer, or even earlier under hot and dry conditions.

Can bleeding hearts grow in pots?

Bleeding hearts can be grown in containers; just be sure to choose a pot that’s large enough to house the plant at its mature size, which may reach up to three feet. For the best conditions, choose a draining container with a rich, well-draining potting mix and add a balanced, time-released fertilizer when you pot the plant. 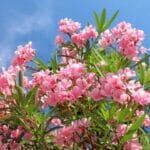 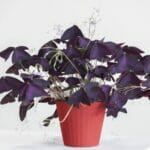