Lotus flowers are most commonly associated with the east and eastern cultures due to the strong association of the pink lotus flower with Buddhism and spiritual enlightenment. However, the American lotus grows naturally in the western hemisphere and has a rich culture of symbolism and tradition to complement its natural beauty.

The Symbolic Meaning of the American Lotus – The Essentials

Along with several other plants of the Nelumbonaceae plant family, the Nelumbo lutea is commonly referred to as a lotus. However, these plants should not be confused with those of the unrelated Lotus genus that belongs to the Fabaceae (bean or pea) plant family. Despite its name, flowers of the Lotus genus do not resemble the spiky, aquatic flowers associated with “lotus” used as a common name.

The American lotus is a rhizomatic hydrogeophyte that anchors its roots in the muddy bottoms of lakes, ponds, swamps, and frequently flooded areas. From roughly four-foot-long stalks, these plants produce large, floating leaves that can grow to be about a foot to a foot and a half in diameter. The floating flowers are starry and cup-shaped, with 22 to 25 petals that range from white to cream to pale yellow in color. Flowers bloom in early spring and open up to about seven to 11 inches in diameter.

History and Origins of the American Lotus

The American lotus is native to a wide range of the eastern portion of the North American continent and a small section of South America. Its native habitat ranges from southeastern Canada throughout the eastern half of the United States into Mexico, the Greater Antilles, and Columbia.

The word lotus is actually a Latin adaptation of the ancient Greek word “lotos” which has been used to refer to several different types of flowers.

Its scientific name comes from a New Latin word that has been formed from the Sinhalese word නෙලුම්බ (nelumba), which refers to aquatic plants of this genus and type. “Lutea” is Latin for yellow, and the specific name describes the color of American lotus flowers.

American lotus flowers are used as ornamental flowers for planting in ponds, lakes, and man-made water features. They produce large, showy flowers and giant floating leaves that are beautiful to admire when the plant is in bloom and when it is not.

The Meaning, Symbolism, and Cultural Significance of American Lotus Flowers

Traditionally, all kinds of lotus flowers are associated with purity, cleansing, rebirth, and renewal. This is largely attributed to their ability to grow up from the dirty, mucky mud and produce beautiful, pristine flowers that float on the surface.

The American lotus only blossoms in shades of pale yellow and white.

In Disney’s animated feature The Princess and the Frog, Princess Tiana’s iconic gown features an American lotus flower embellishment on the waist. It is fashioned with skirted layers to resemble the lovely, local blooms.

Although its wild numbers are dwindling due to habitat loss, the American lotus still grows naturally throughout the eastern part of the continent. This means you can enjoy them on your own by spending a peaceful day in nature on the water.

There are also festivals held around the American lotus’s seasonal blooming. Two of these include:

The American lotus, with its unique beauty and aquatic backdrop, is a popular subject for artists. The flowers were famously captured in American artist Charles Courtney Curran’s 1888 painting Lotus Lilies. Another American lotus graces the painting Mink Pond, painted by artist Winslow Homer in 1891.

American Lotus is the title of a collection of poems written by Kevin Casey and published in 2018.

Lotus is one of July’s official birth flowers, making lotus flowers an excellent gift for July birthdays. With their many inspiring symbolic meanings, they are also a wonderful gift for someone who has shown great knowledge or spiritual growth.

What do American lotus flowers symbolize?

American lotus flowers do not symbolize love. Rather, they symbolize purity, cleansing, renewal, and rebirth.

Do American lotus flowers come back every year?

Yes, American lotus flowers are perennials, and they bloom every year.

These flowers usually blossom in the spring or summer, and the blooms last for a few weeks.

American lotus flowers are not toxic to humans, dogs, or cats.

Although they come from the west, American lotus flowers have the same spiritual symbolism as eastern lotus flowers. As great symbols of purification and renewal, spiritual enlightenment, knowledge, and joy, they’re the perfect gift for anyone who is on a spiritual path. They’re also a joy to grow in water and where onlookers can enjoy their buoyant beauty. 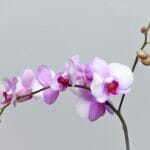 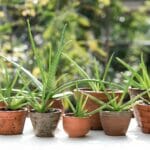 How Long Do Aloe Plants Live For?