Yarrow is a herb steeped in legend, but it’s also a valuable part of any dry landscape due to its popularity with pollinators. This wildflower may be native to Europe, but it has spread far and wide today. It’s also still used as a herbal remedy by people who believe in its traditional uses. Here we’ll take you through everything you need to know about Yarrow flower meaning and symbolism, the plant’s history and origins, uses, benefits, and best gifting occasions today. 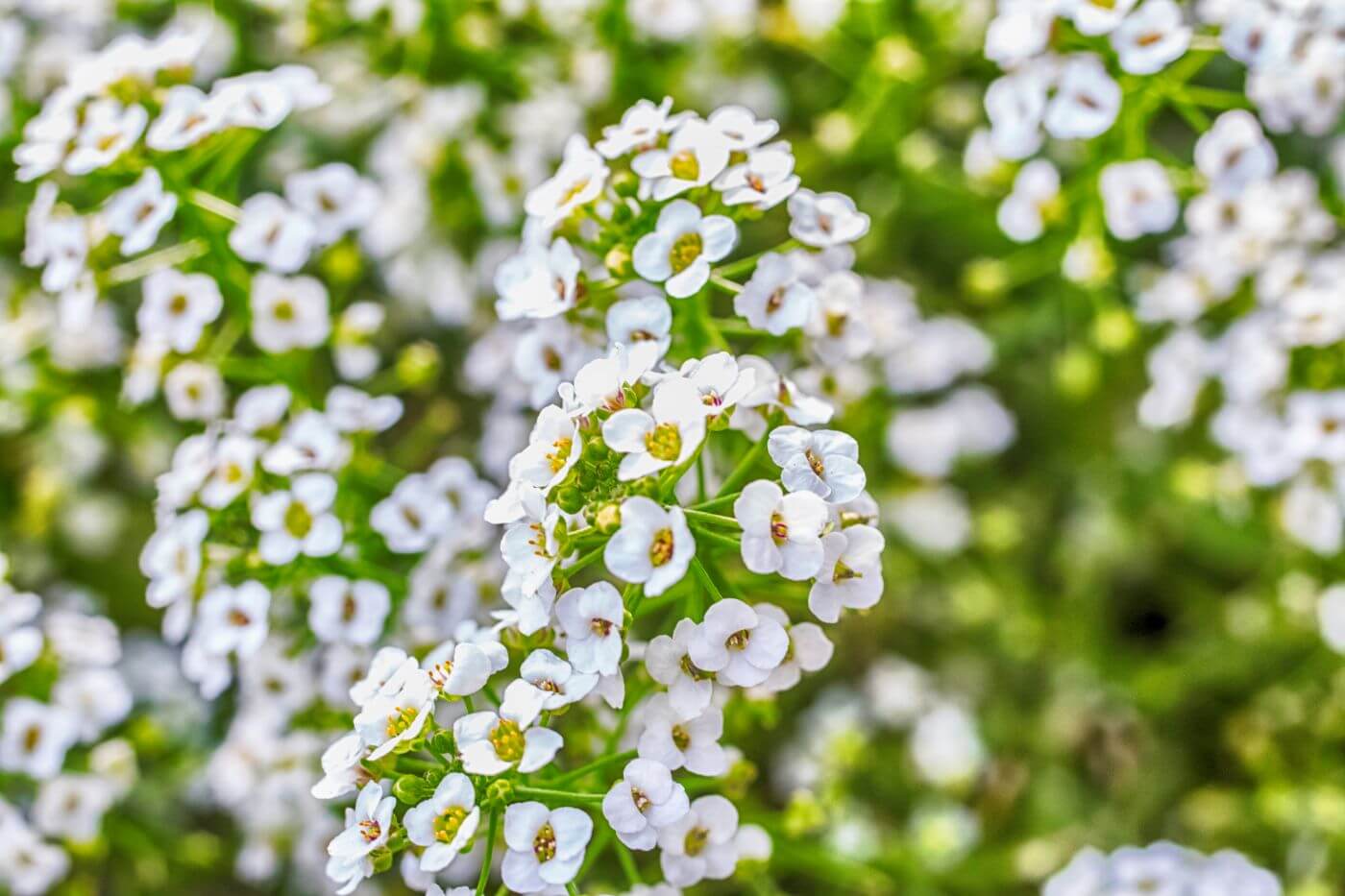 Yarrow is a beautiful flower that shares twin meanings of healing and love. In the language of flowers, Yarrow’s symbolic meaning is traditionally associated with healing which originates from Ancient Greek mythology. The Yarrow plant is also used for divination in Chinese culture.

A common roadside flower in many countries, Yarrow is more correctly known as Achillea millefolium.

Also known as common Yarrow, this plant is part of the larger Achillea genus. This entire genus is also colloquially known as the yarrows, with each individual species usually named with a descriptor of its appearance or locality. All yarrows are part of the larger Asteraceae family, which include sunflowers and daisies.

Yarrow originally grew only in white and yellow varieties, but careful plant breeding has resulted in a far wider range of colors. Common Yarrow is now available in colors like pink, magenta, salmon, red, gold, and yellow.

All Yarrow varieties have some amount of fragrance. Some are sweetly scented, while others have more of a medicinal green smell to the flowers.

One of the plant’s most distinctive botanical characteristics is its frilly fern-like foliage.

Yarrow was used for centuries in its native range of the Mediterranean, Europe, and most of Asia.

Recorded uses date back to Ancient Greece and some of the oldest Chinese civilizations. Most herbal historians believe Yarrow arrived in North America with the first colonists due to its medicinal use.

Since it has been cultivated for thousands of years in some parts of the world, it’s not surprising that there are dozens of different named cultivars.

All of the true Achillea millefolium flowers feature a flat-topped umbrella shape to the flowers. The main differences between cultivars are in the bloom colors, foliage style, and height. Some of the most popular cultivars include:

The proper name Achillea is taken from Achilles, the Ancient Greek hero that was immortal and invulnerable except for his heel. This name was linked to the hero’s myth due to the plant’s reputation for accelerating wound healing and the story that he applied it to the soldiers injured at the battle of Troy.

The second part of the proper name, millefolium, refers to the finely divided leaves that appear to have thousands of individual segments.

What Regions are Yarrow Flowers Native to?

Common Yarrow is native to almost all of Europe, most of Asia, and the Mediterranean. After centuries of being planted accidentally and on purpose around the world, it’s found on most continents and throughout temperate to arid climates in particular.

When is Yarrow in Season?

Most Yarrow cultivars bloom starting at the end of spring. They continue to bloom steadily through early summer, with many varieties holding blossoms for weeks or even months before drying out and losing color. Most cultivars bloom throughout the summer and into fall, although some may fade away by early fall.

Uses and Benefits of Yarrow

Yarrow’s been used as a medicinal herb for thousands of years now, although there is still relatively little research on its value.

It’s commonly applied to wounds to encourage healing and taken as a tea or supplement for urinary system health.

The plants can be toxic to pets, so plant with care in yards where dogs and cats frequent. Bees and other pollinators love these kinds of flowers in particular.

The yarrow flower shares twin meanings of healing and love. In the language of flowers, Yarrow’s symbolic meaning is traditionally associated with healing which originates from Ancient Greek mythology.

The symbolism behind the Yarrow flower has many layers, ranging from centuries of historical use and the colors of the flowers.

The Cultural Significance of Yarrow

Yarrow has played a medicinal or symbolic role in multiple cultures over the last few thousand years. From Ancient Greece to Chinese religions and Victorian flower messages, it plays many roles throughout the world’s cultures.

In Ancient Greece, the Yarrow plant was strongly associated with the Trojan hero Achilles. The plant’s Latin name and the name of its genus are derived from the hero’s name. This is because the herb was added to the water in which he was dipped that gave him invulnerability.

Later during the Trojan war, Achilles also used the herb to heal the wounds of his soldiers. As an important part of the Illiad, this herb became a part of other dramatic stories and poems from the Greek culture as time passed. This also led to its spread throughout parts of Europe and Asia where it wasn’t previously found as Greeks traded with other cultures.

Yarrow plays an important role in both Chinese Traditional Medicine and the divination practices known as I-Ching. Known in Mandarin as Ya Luo, this herb is recommended for supporting lung and kidney health.

As part of the Taoist tradition, 50 dried stalks of Yarrow flowers are tossed and the patterns are read as divination. It was said to grow around the grave of Confucius, the founder of the Confucian religion.

Yarrow in Myth, Folklore, and Witchcraft

During the Medieval period where witchcraft was a major concern to the Church, Yarrow gained a reputation for being able to drive away the devil. It became a part of many complex Christian exorcism rituals used to send away demons or force witches to confess.

Yet at the same time, some sources from the time period also list Yarrow as a plant used by the witches to summon the devil. This dual meaning makes it a complex part of the symbolism of European folklore.

Other Symbolic Uses of Yarrow

Yarrow also developed into a symbol of youthful love. Numerous European cultures where the plant is native independently involved the herb in various rituals of courtship.

For example, in England and Ireland young girls would put a leaf of the plant in one nostril. If they experienced a nose bleed while reciting a rhyme about true love, it would mean that their love was true. The Victorians also gave Yarrow a meaning of love and good health in their flower language.

Due to Yarrow’s strong associations with both healing and romantic love, these flowers are versatile and work for many gifting occasions. Consider using the delicate blooms in place of Baby’s Breath in a romantic arrangement with roses and red tulips. For someone who’s ill and recovering, Yarrow makes an ideal bouquet for wishing good health.

How to Care for Fresh Cut Yarrow at Home

Yarrow is a long-lasting flower, both in the field and once cut for a bouquet. Simply keep the water fresh that’s supplied to the bouquet and the Yarrow shouldn’t fade for days. Keep the flowers out of sunlight and hot drafts as well to prevent color loss.

Yarrow is a beautiful plant with a wide range of different cultural meanings. Adding it to a landscape not only attracts pollinators, but it also adds a subtle layer of symbolism.

What are the healing properties of Yarrow?

What do yarrow flowers represent?

What is yarrow flower good for?

The yarrow flower is well regarded for being a great pollinator attractant, can be used medicinally, and grows in poor soil and therefore can help restore damaged habitats.

Is Yarrow poisonous to humans?

Yarrow can be toxic in large doses, or for young children. It’s also toxic to cats, dogs, and horses.

Does Yarrow come back every year?

Yarrow is a perennial in many climates and returns from self-seeding in other areas. 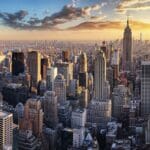 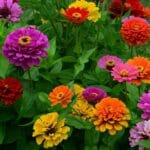