The Meaning, Symbolism, and Cultural Significance of Palm Trees

Palm trees are some of the world’s most iconic and recognizable plants. Usually associated with beautiful tropical islands, palm trees have been significant in many cultures throughout human history. Palms are also religious symbols in many faiths, including Christianity and Judaism. In this article, we’ll run through everything you need to know about the meaning, symbolism, and cultural significance of palm trees.

The Symbolic Meaning of Palm Trees – The Essentials

Palm trees are a group of approximately 180 genera that form a large family of plants called Arecaceae. There are at least 2500 recognized species of palm trees. The earliest known fossil of a palm tree is at least 80 million years old.

Palm trees are instantly recognizable thanks to their fan-leaved (palmate) or feather-leaved (pinnate) evergreen fronds or leaves. Each frond can contain up to 50 lance-shaped leaflets. Palm trees produce yellow or white flower spikes and fleshy round fruits that typically contain a single seed.

Most palm tree species grow individually or in small clusters. Some of the largest species of palm trees can reach almost 200 feet tall. The smallest types of palm trees rarely exceed 10 feet tall and can be grown as houseplants.

Palm trees are tropical or subtropical trees that thrive in various habitats, from rainforests to deserts. The greatest diversity of palm trees is concentrated in the Caribbean, South America, South Asia, and the Pacific islands. Palm trees are also found on Mediterranean coastlines and throughout the Middle East.

Palm trees get their name due to the hand-like appearance of their fronds, with the leaflets resembling fingers. The scientific name Arecaceae comes from the Areca genus – one of the most common groups of palm trees. Arecaceae loosely means “resembling an areca nut” – referring to the fruits of areca palm trees.

The Meaning, Symbolism, and Cultural Significance of Palm Trees

Palm trees are native to tropical or subtropical areas such as the Caribbean, Mediterranean, and Pacific. As such, palm trees are strongly linked to the sun. The sun is often linked to masculine figures such as kings or leading gods in many cultures and civilizations.

The sun is a prominent feature in agricultural civilizations as it influences the growth of crops. Some palms can also produce their own crops in the form of fruits or seeds, most notably coconuts and dates. Because they can produce fruits, palm trees are associated with abundance and prosperity in many cultures.

Many of the world’s earliest civilizations originated in the Middle East and the Mediterranean. As such, palm trees quickly became important symbols within these cultures.

Many ancient Mesopotamian religions and cultures used the palm tree as a symbol for various deities. The palm tree was frequently associated with Ishtar, one of the significant goddesses representing fertility, love, and war.

The Assyrians believed that the palm was the “Sacred Tree”, with the canopy representing heaven and the trunk representing earth. Palm trees beside rivers were seen as symbols of eternal life and immortality.

The Ancient Egyptians associated palm trees with longevity and long life. The Egyptian god Huh was believed to represent eternity and often carried palm branches in his hands. During funeral processions, the Egyptians carried palm fronds as a symbol of eternal life.

Palm trees also took on a range of meanings in Ancient Greek culture. The palm tree was seen as one of the sacred symbols of Apollo, who was born underneath a palm tree. Palm leaves were also seen as symbols of Nike, the goddess of victory in sport or war. After 400 BC, palm branches were given to athletes who won competitions, becoming a symbol of triumph.

The Romans also associated palm trees with victory, awarding palm branches to victorious athletes or gladiators. The toga palmata was a special toga decorated with palm symbols reserved only for generals celebrating a second triumph. As the triumphal procession represented the victorious general laying down his arms, palm trees became associated with peace after victory.

In Judaism, palm trees are associated with abundance and peace. The date palm (Phoenix dactylifera) is one of the Four Species linked to the Jewish festival of Sukkot. In Kabbalah, one of the major schools of Jewish mysticism, palm trees may represent the Tree of Life.

In Christianity, palm branches represent the victory of the faithful over the three “enemies of the soul”. These three enemies are the temptations of the world, the flesh, and the Devil. This ties into the association between palm trees and righteousness.

Palm trees also symbolize Christ’s victorious entry into Jerusalem, which is celebrated on Palm Sunday. According to tradition, crowds threw palm branches onto the street in front of Jesus as he entered the city. His resurrection would take place a week later.

Palm trees also have strong symbolism in Islamic belief. Throughout the Middle East, palm trees are associated with hospitality, prosperity, and rest. If one encounters a desert oasis surrounded by palm trees, the water is seen as a gift from Allah.

Palm trees are also associated with the prophet Muhammad, who, according to tradition, built his home using palm trees. Muhammad also created the first mosque by placing a roof over some palm trees. The first Muslim calls to prayer came from someone who climbed up a palm tree, which inspired the minaret.

Like other plants, palm trees are linked to the Wood element. According to the Bagua map, the wood element is strongest in the Eastern and Southeastern parts of your home. By placing palm trees in these areas, you can improve the energy around your family or prosperity.

Due to their ability to cultivate positive energy, palm trees such as areca palms are also associated with good luck.

The Victorians associated many plants with hidden meanings, which is frequently referred to as floriography or the language of flowers. In Victorian floriography, palm trees were associated with success and victory, particularly against adversity. By giving a palm frond, you communicated that you were proud of someone for overcoming a challenge or problem.

Palm trees typically conjure up an image of a sunny, sandy beach on a Caribbean or Pacific island. As such, many of these island nations have incorporated the symbol of the palm tree onto their national flags. Palm trees can be found on the flags of the Cook Islands, Fiji, Guam, Haiti, and Samoa.

Saudi Arabia also displays a palm tree on its national flag. In the United States, palm trees also feature on the state flags of Florida and South Carolina. The palm tree is also seen on the city flags of Miami, Florida, and Salem, Massachusetts.

Palm trees are considered lucky because they represent abundance, prosperity, and victory in many cultures. Palm trees represent the Wood element, which governs prosperity and wealth in the Southeastern part of the Bagua map.

How Long Do Palm Trees Live For?

Why is the Palm Tree Called the ‘Tree of Life’?

Several cultures have seen the palm tree as a sacred tree or “Tree of Life”. In Jewish Kabbalah, the palm tree may represent the Tree of Life. Palm trees also provide many people with livelihoods due to crops like coconuts or dates. 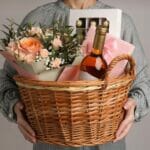 18 Best Gift Baskets in Portland, OR (For Every Occasion) 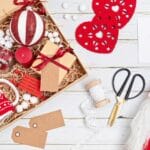 16 Best Gift Baskets in Las Vegas (For Every Occasion)