Tiger Lily Meaning in the Language of Flowers

The Meaning, Symbolism, and Cultural Significance of Tiger Lilies

The tiger lily (Lilium lancifolium) is known for its bright orange, speckled, trumpet-shaped blooms. And for good reason—the flowers are gorgeous! However, these plants bring more than just good looks. They also come with rich meaning and symbolism in the language of flowers as well as numerous uses. Read on to learn more about tiger lily meaning and symbolism.

The Symbolic Meaning of Tiger Lily Flowers – The Essentials

Tiger lily’s bright orange flowers make them symbols of wealth and prosperity. Additionally, their bold speckles are linked to signs of confidence and pride. In Buddhism, the tiger lily is seen as a symbol of mercy and compassion.

The tiger lily is a member of the lily family. Its genus name is Lilium, and its species name is lancifolium. The species name refers to the plant’s lanceolate leaves.

This species used to be known as Lilium tigrinum until scientists discovered that L. lancifolium and L. tigrinum were the same plant.

Although the tiger lily sports the bright orange color flowers of its namesake, it doesn’t exhibit stripes. Instead, the colorful flowers are speckled with dark dots. Along with their coloration, tiger lilies are known for petals that curve back toward the stem.

Before the flowers appear, the lily bulbs send up stalks that are three to six feet tall. These stems are covered with alternately arranged lanceolate leaves. Flower buds begin appearing in the late spring or early summer, with as many as ten buds per stem.

The flowers typically bloom during the early summer. They have a sweet, floral fragrance.

The tiger lily is native to areas in East Asia, including China and Japan. However, it has spread worldwide and can now be found growing across the United States. In some areas, it is considered naturalized.

It’s unclear exactly when these lilies moved from areas outside their native range. However, the bulbs were sold at the Vienna World Exposition in 1873.

Uses and Benefits of Tiger Lilies

Tiger lilies have long been used for ornamental, edible, and medicinal purposes.

Their showy flowers brighten gardens and landscapes across the world. Since the bulbs rebloom for multiple years, they are considered perennial flowers.

The bulbs are also used as a food source. When cooked, they have a slightly bitter taste that is reminiscent of parsnips. The starchy bulb can also be dried and then blended into flour.

Some people also eat the bright orange flower petals, both raw and cooked.

As far as a medicinal plant, the tiger lily has been used to treat various ailments. The bulb is most often used for medicinal purposes. It is said to be able to help with inflammation, coughs, sore throats, and abnormal heart rates.

The flower is often made into a tincture. This tincture is then used to relieve gas, uterine pain, and congestion.

The Meaning, Symbolism, and Cultural Significance of Tiger Lily Flowers

Tiger lilies are most frequently bright orange. This color is a symbol of confidence, positivity, and energy.

However, there are also white, pink, and red varieties of tiger lilies.

White flowers are symbols of innocence and purity. Pink tiger lilies symbolize happiness and joy, and red flowers are linked to passion.

Just take one look at the tiger lily’s beautiful flowers, and it’s hard to resist leaning in to smell them. However, one myth encourages you to practice caution before doing so.

Some people say smelling the tiger lily’s speckled flowers will lead you to develop freckles. While there isn’t any truth to this, it’s hard not to love a good myth.

These bright flowers are viewed as symbols of compassion and mercy. They are also associated with femininity.

Along with symbolizing wealth, tiger lilies were also associated with pride in Victorian times. However, this was not vain pride but rather humble pride.

Giving someone a tiger lily was a way to let them know you were proud of them and their accomplishments.

In Japan, the language of flowers is known as Hanakotoba.

In Hanakotoba, the tiger lily is viewed as a symbol of wealth. Therefore, it is often given to individuals during events such as graduations, new homes, and new jobs.

These bright flowers are appropriate gifts for a variety of occasions. Since they are viewed as symbols of wealth and prosperity, they are great gifts for graduations, new jobs, and new homes.

Tiger lily’s link to pride means they are also suitable gifts when you are proud of someone. Consider gifting them to someone who just completed a performance, finished a big project at work, or did the hard work of renovating their home.

The bright tiger lily flowers can also be good gifts for everyday occasions like birthdays, graduations, and illnesses. The bold orange flowers are sure to put a smile on almost anyone’s face!

What Do Tiger Lily Flowers Symbolize?

Tiger lily flowers symbolize wealth, confidence, prosperity, and pride. Much of this symbolism is due to the flower’s bright orange color and bold dark spots.

No, tiger lilies are not seen as symbols of love. However, that doesn’t mean you can’t give them as a romantic gesture!

Do Tiger Lily Flowers Come Back Every Year?

Yes. Tiger lilies grow from perennial bulbs, so they come back every year. Once you plant a tiger lily bulb, you can expect years of flowers.

Tiger lilies produce multiple flowers during the same time. These flowers typically bloom over the course of a few weeks. Once cut, tiger lily flowers can last for up to two weeks.

As true lilies, tiger lilies are extremely toxic to cats. However, they are non-toxic to humans, dogs, and other pets. 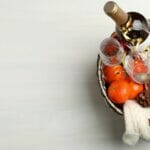 17 Best Gift Baskets in Atlanta, GA (For Every Occasion) 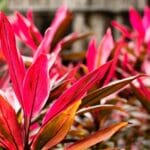 How Much Sunlight do Ti Plants Need?