Sweet William is a popular bedding plant for gardeners across the world. Its stunning flat-topped blooms often come in showy multicolored patterns. Plus, as a perennial, you can look forward to enjoying it year after year. Also known by its Genus name, dianthus, Sweet William is strongly associated with cottage gardens. That makes it perfect for outdoor color in English-style gardens or the increasingly popular indoor “cottage core” aesthetic. Easy to grow and easy to use in arrangements, it’s an all-around win. Here we’ll take you through everything you need to know about Sweet William flower meaning and symbolism, their history and origins, uses and benefits, and best gifting occasions today. 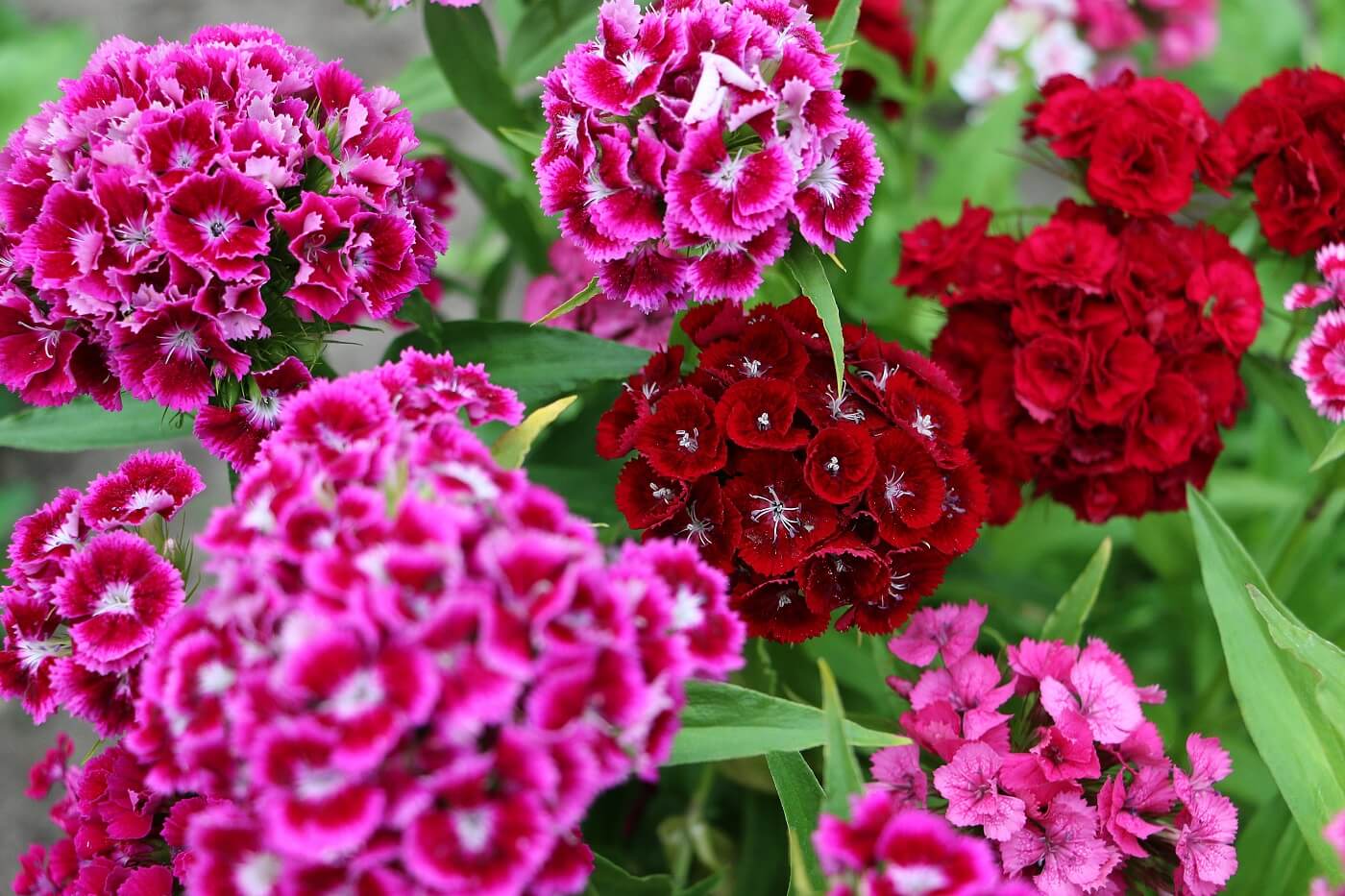 In the language of flowers, the Sweet William carries the symbolic meaning of love, grace, bravery, and admiration. It is often wrongly associated with the Roman goddess Diana, though it is named “flower of the gods.” Many different tales and theories attest to its name as honoring Shakespeare or Prince William, the 18th-century Duke of Cumberland. Duchess Kate famously had Sweet William in her wedding bouquet.

The flower of the gods is, in reality, a relatively humble little bloom. It comes in a wide variety of colors, however, and is perfect for cheering up any setting. Here’s a little history to go with the name.

The Latin name for Sweet William is Dianthus barbatus. They belong to the Caryophyllaceae family, an impossible-to-pronounce word stemming from the Greek name for another flower in this family: the carnation or clove pink. The latter is called that for its similarity in scent to the clove spice.

Despite its name, which naturally makes one think of nice-smelling things, Sweet William is not actually a strongly sweet-scented flower. What smell it does have is sometimes compared to a mild clove fragrance, like other flowers in the family. Some of the newer cultivars have no scent at all.

It is a widely varied color when it comes to hue. However, the blooms mostly stick to the white, pink, red, and purple spectrum. Deep burgundies and multicolored blossoms are also the norm. Flowers cluster on top of the plant in flat clumps, forming spray-like stems that work well in cut arrangements.

History’s earliest recorded reference to Sweet William is in a 1598 garden catalogue. It was penned by John Gerard, a botanist of the time. Sweet William soon became popular in England and more widely in Europe.

Dianthus comes from the combination of “dios,” which means god in Greek, and “anthos,” meaning flower. Greek botanist Theophrastus named them this out of his love for them. The common name, Sweet William, is a little more difficult to place. According to Wikipedia, there are a lot of potential explanations for the naming of this flower.

Still, other theories claim that Sweet William is a corruption of “oeillet,” French for “little eye” and the carnation flower. This seems like a bit of a stretch.

What regions are Sweet William flowers native to?

This blossom is native to Southern Europe and Asia. It grows as far east as China and Korea, though these varieties are disjunct. That is a fascinating botanical concept in which the same plant grows in two hugely distinct geographical regions for no reason scientists can determine.

When are Sweet William flowers in season?

Sweet William flowers in the summer, starting in May and continuing all the way to the frost. You can plant it in spring or fall and it will flower the following year. Many will reseed and come back again and again.

An herb in Chinese medicine, Sweet William is good for urinary tract problems and digestion. It is also antibacterial, anti-inflammatory, and antibiotic in herbal medicine. It takes well to distillation into essential oils.

Sweet William is edible. Use it to garnish salads, cakes and tarts, ice cream, and cold drinks.

Toxicity to People and Pets

As they’re frequently used in dishes, the flowers of sweet William are obviously not toxic to humans. The leaves, however, contain mild toxins that can cause gastrointestinal distress, so don’t eat those. It is toxic to cats and dogs, so keep an eye on pets in the garden.

Sweet William comes in whites, pinks, reds, purples, and multicolor. These may be used respectively for mourning, friendship, romance, and wealth.

Flowers, so often associated with femininity and given to women, are not usually noteworthy in the male realm. Sweet William is a welcome exception.

Like many flowers, Sweet William has played its role in the world’s culture and mythology.

According to the Victorians, Sweet William was a perfect choice to compliment someone on his bravery or gallantry. It’s possible this is due to the flower’s association with the Battle of Culloden, mentioned above.

Sweet William plays a major role in old English folk ballads, whose heroes are often named thus. The most popular example is “Fair Margaret and Sweet William.” This is a Romeo and Juliet-style ballad in which the lovers are cruelly torn apart by fate.

Sweet William is often erroneously associated with a tale from Ancient Greece and Rome. In it, the Roman goddess Diana (or her Greek counterpart, Artemis) was frustrated by a fruitless hunt. In her rage, she comes across a hapless man and gouges his eyes out. Immediately feeling remorseful, she caused red flowers to spring up wherever a drop of blood fell.

Here’s the bad news: those flowers were carnations, not Sweet William. The confusion is natural, as both belong to the family Caryophyllaceae. It is, however, a carnation myth, and Sweet William does not have any of its own in this mythological system.

As an homage to her husband, Prince William, the beautiful Duchess Kate Middleton also included this flower in her bridal bouquet. You can do the same or put it in boutonnieres, where it will harken back to Victorian gallantry. Sweet William isn’t a particularly long-lasting flower, so it works best for short-term arrangements like these.

Do Sweet Williams come back every year?

Yes. If Sweet William is allowed to go to seed rather than deadheaded, it will regrow the following year.

How long do Sweet Williams last?

Because they are perennial, they’ll last forever in the garden. In water, they tend to wilt after a few days.

Sweet William is a tough flower that will keep blooming through summer heat and fall chill. It will only die back at the frost. These flowers are considered hardy in USDA plant hardiness zones 3 through 9

How did Sweet William get its name?

There are many theories, ranging from Shakespeare to Prince William, who defeated the Scots at the Battle of Culloden. No one is really sure, though.

Is Sweet William poisonous to humans and/or pets?

The flower is edible to humans (though the leaves are not). It is toxic to pets, so if your furry friends are munchers, watch out.

Sweet William and You

Ready to get more Sweet William in your life? It’s a perfect bedding plant, filling in gaps between larger landscape species. And if you like a little cottage bouquet, you can bring these in, where they will brighten the table for a day or two. 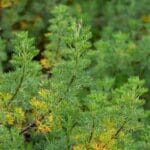 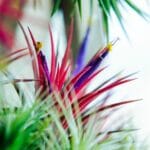