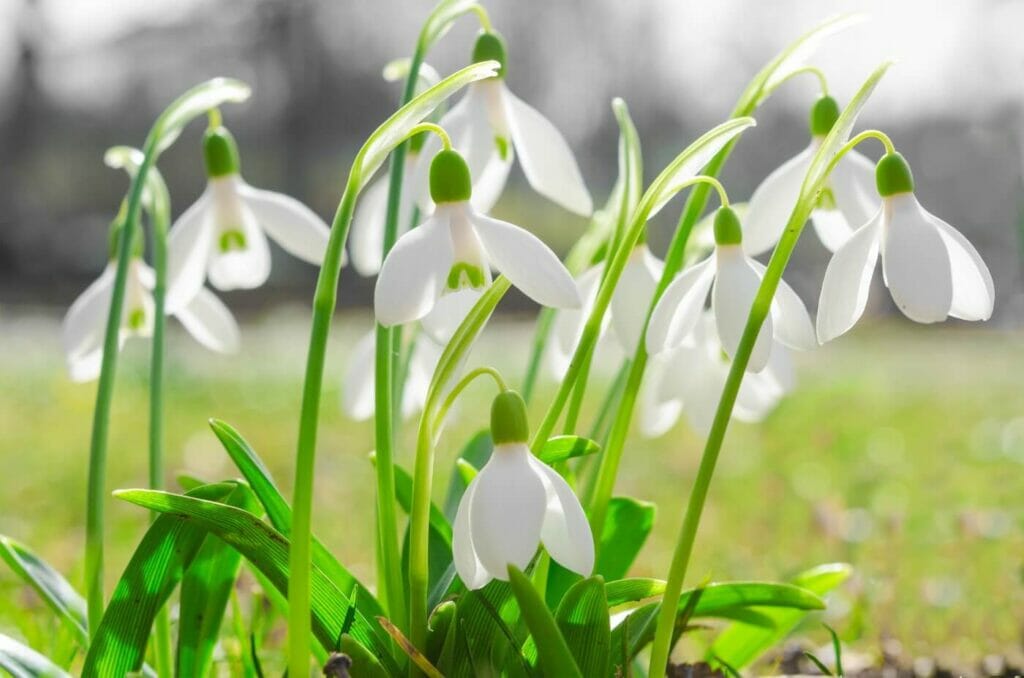 Everything You Need to Know About Snowdrop Flower Meaning, Symbolism, and Cultural Significance

Beloved for its delicate beauty, the snowdrop flower has long been a sign that winter is almost over. But that’s just one of its meanings. Snowdrop flowers have significance across cultures, with meanings ranging from modesty and purity to sympathy, fertility, and renewal. In this article, we’ll discuss everything you need to know about Snowdrop flower meaning and symbolism, with some interesting facts about their history and origins, as well as their cultural significance.

Snowdrop flowers have long been featured in myth and legend. As early heralds of spring, the blossoms symbolize hope, fertility, renewal, and rebirth, while the white petals signify purity and modesty. To the Victorians, snowdrops were associated with death. Today, snowdrops often stand for sympathy or hope in the language of flowers.

Snowdrops can be identified by their dual, linear foliage. Most species are small, growing less than 12 inches tall.

The plants produce one bell-shaped bloom that droops atop a single, slender stalk. Flowers have six white teals — three larger on the outside, surrounding three smaller inner tepals that display small green markings.

These spring flowering bulbs have a sweet scent that some say smells like honey.

The history of Galanthus flowers stretches back for centuries. The Greek botanist/philosopher Theophrastus wrote about snowdrops as early as the 4th century BC, calling them “white violets.”

A thousand years later, Flemish and English botanists wrote about snowdrops in the late 1500s, noting that they originated in Italy and spread through Europe many years ago.

The plants were classified into the Galanthus genus and Amaryllidaceae family in the 19th century. By this time, these lovely flowers had spread across the temperate regions of the globe.

Galathus contains about 20 species that can be distinguished by their foliage and flowers. Among the most common species grown as ornamentals are G. nivalis, or the common snowdrop, and G. elwesii or giant snowdrop, which may grow to a foot tall and has a heady fragrance.

Along with multiple species, there are also hundreds of snowdrop bulb hybrids. Some popular varieties include:

Galanthus comes from the Greek word for “milk,” or yala, and “flower” or anthos. This refers to the blossom’s pure white color. Nivalis comes from Latin for “from the snow.”

What Regions are Snowdrop Flowers Native to?

When are Snowdrop Flowers in Season?

Snowdrop flowers are among the earliest bloomers in the landscape. Often, they’ll emerge in February, even if snow is still on the ground.

Uses and Benefits of Snowdrop Flowers

Snowdrop flowers have been used in folk medicine dating back thousands of years. The Greeks created an extract that, when ingested, was used to alter consciousness.

In Homer’s Odyssey, Odysseus uses the plant (then known as “moly”) to clear his mind of the influence of witchcraft. In Eastern Europe, snowdrops were used to treat headaches, regulate menstrual flow, and treat nervous system injuries.

These same alkaloids make snowdrops toxic for cats and dogs. If ingested in large quantities, snowdrops are toxic to humans, as well. They can also cause skin irritation when handled.

Bees love snowdrops, however. They’re attracted to their nectar-rich flowers, which are often among the first to emerge in late winter and early spring.

The Meaning, Symbolism, and Cultural Significance of Snowdrop Flowers

Snowdrop flowers have a long association with myth and legends across cultures. To the ancient Greeks, the flowers were known as Moly. The god Hermes gave them to humans to help them fight mental confusion caused by witchcraft.

The flowers play a role in Christian mythology, too. After being cast out of the Garden of Eden, Eve sat sobbing in the cold, bitter wind. An angel took pity on her and breathed on a snowflake, sending it fluttering down to earth. Where the snow landed, snowdrops grew.

In Romania, the flowers are known as “Daughter of the Wind.” Legend has it that each year, the sun returns to earth at winter’s end in the form of a young girl. One year, winter didn’t want to let go and kidnap the girl. Her beau fought the winter to free her and was wounded in the process. Where his blood spilled, snowdrops grew.

Molodovans have a similar folktale. One year, the Winter Witch refused to give up her reign, so Lady Spring fought her. The Lady pricked her finger and snowdrops grew where her blood fell.

In Germany, legend says that God sent snow to visit every flower in order to decide what color they would be. The flowers were rude, except for the snowdrop. As a reward, snowdrops were allowed to bloom first but had to agree to give up their color.

Snowdrop Flowers in Art and Literature

Snowdrops appear in literature and music as well. Homer wrote: “the root was black, while the flower was as white as milk; the gods call it Moly.” Ovid also wrote of “Moly” in Metamorphoses, while Tennyson opines on Moly in The Lotus Eaters.

The poet Walter de la Mare explores the very nature of consciousness in The Snowdrop. Other poets used the flower as a symbol of spring and rebirth, such as Christina Rossetti’s February, George Meredith, and Letitia Elizabeth Landon.

Tchaikovsky set the beauty of the flowers to music in April: Snowdrop. Strauss even wrote a waltz named after the flowers in his Schneeglöckchen opus 143.

For the Victorians, the snowdrop was actually a symbol of bad luck or even death, perhaps because it often grew around graveyards. A snowdrop flower in the house was thought to be bad luck.

Over time, however, the snowdrop’s meaning morphed into a way to express sympathy. The flower’s connection with spring has also led it to symbolize hope, rebirth, renewal, inspiration, and fertility.

The snowdrop flower has long been associated with hope and renewal, thanks to being one of the first flowers to emerge in late winter and early spring. It’s a perfect addition to bouquets that are meant to inspire, create hope and celebrate renewal, such as new baby and congratulations.

Snowdrops are also associated with sympathy. It’s an appropriate choice for funeral services or to express condolences.

Often the first flowers to emerge from the snow in late winter or spring, the delicate, beautiful snowdrop is a symbol of hope and renewal. To the Victorians, the snowdrop signified bad luck and sympathy, but the flowers also stand for inspiration and rebirth. These lovely blossoms grace any floral gift with their pure white color and sweet fragrance.

The Victorians associated snowdrops with death and bad luck. Today, however, they are used to express sympathy. The flowers also symbolize spring, renewal, fertility, and hope.

What time of year do snowdrops bloom?

What do snowdrop flowers represent?

Snowdrop flowers herald the end of winter and announce the arrival of spring. They represent hope, inspiration, renewal, and rebirth.

Where do snowdrop flowers grow?

Snowdrop flowers are native to Europe and Southwestern Asia and naturalized in eastern North America. They grow well in temperate climates.

Snowdrop bulbs contain the alkaloid galantamine. They’re toxic for cats and dogs, and mildly toxic to humans when ingested in large quantities. 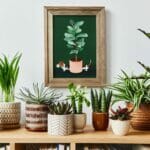