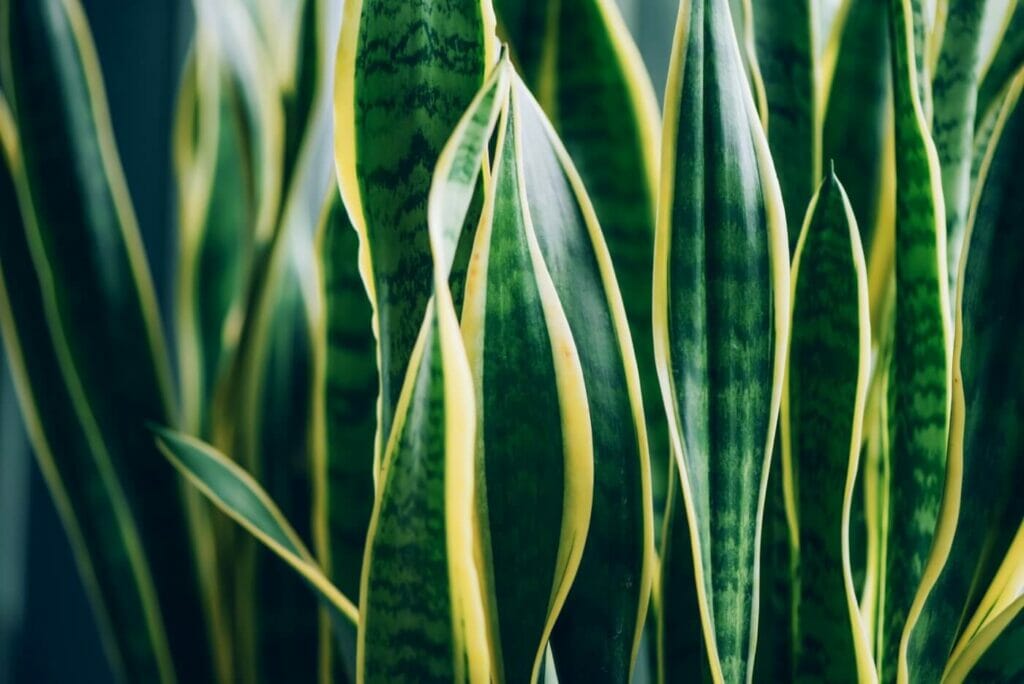 Snake Plant Meaning and Symbolism Around The World

Everything You Need to Know About Snake Plant Meaning, Symbolism, and Cultural Significance

Whether you have ten snake plants in your home or are about to buy your first one, it’s interesting to know what these beautiful plants mean. Whether you look at historical uses or modern symbolism, you’ll find that snake plants aren’t short on interesting and positive meanings and benefits. Read on to learn more about the meaning and symbolism of snake plants.

Snake plants are viewed as symbols of good luck, purity, and positivity. While their spiky leaves may look a bit evil, they’re thought to guard against evil spirits and bad luck. They are also valued for their strong fibers and their ability to clean the air.

Whether you’re a houseplant enthusiast or are just getting your feet wet, you’ve probably heard of snake plants. As one of the most popular houseplants, it’s easy to find them in homes, offices, hotels, and more.

While the Sansevieria genus is outdated, many people still use the term sansevieria to refer to snake plants.

No matter what you call them, all snake plants are native to areas in tropical Africa. Therefore, it’s no surprise they like warm temperatures and thrive when they receive lots of indirect light.

Snake plants are characterized by stiff, upright leaves that emerge from underground rhizomes. Most snake plants are some combination of green, yellow, or white.

However, there are visible differences between different types of snake plant species and cultivars. The popular Dracaena trifasciata has long, thin leaves. Some popular varieties of this species include ‘Golden Flame,’ ‘Futura Robusta,’ ‘Black Gold,’ and ‘Moonshine.’

While the long and thin leaves of trifasciata are often seen as synonymous with snake plants, there are other species. The cylindrical snake plant (Dracaena angolensis) has pointed, round leaves and shorter, thicker leaves. The sword snake plant (Dracaena hanningtonii) has two rows of leaves that form a fan-like shape.

What’s More, Snake Plants Are East to Care For:

No matter what species you choose, you’ll enjoy that snake plants are easy to care for. While they’re happiest with lots of indirect light, they can also live in low-light environments.

Care for these plants is a breeze and they’re also easy to propagate. Just place them in a warm area, use well-draining potting soil, water when the top few inches of soil is dry, and fertilize occasionally in the spring and summer months. Keep an eye on common snake plant pests, and diseases as well, and consider repotting every 18 months or so.

The Meaning, Symbolism, and Cultural Significance of Snake Plants

A snake plant’s green color symbolizes a connection with the natural world. If you’re looking for an easy way to bring some of the outdoors inside, add a snake plant.

When it comes to feng shui, the snake plant is a little tricky. Although these plants have a spiky shape that alludes to bad energy, they are actually good feng shui plants.

Rather than bring bad energy into your home, they protect your space from negative elements. Therefore, people often consider them valuable and lucky plants.

To figure out where to place a plant, you should look at the Bagua Map, or the feng shui energy map. This map contains eight different areas around your home and guides how you should furnish your home.

Fortunately, snake plants can be placed in many different areas of the home. You can place one on a living room coffee table, tuck one in the corner of your office, or set one in your bathroom. Some say the pointed, upright leaves of the snake plant can counter the downward motion of a flushing toilet.

Just make sure to take care of your snake plant! Plants that develop diseases or yellow leaves are said to bring bad luck.

What Myths and Folklore Are Associated With Snake Plants?

Some people in West African countries use the snake plant in rituals that aim to remove the evil eye. People also value snake plants for their ability to protect against harm.

Koreans also value the snake plant. Potted snake plants are popular gifts when someone opens a business or moves into a new home.

Special Snake Plant History and Uses Around the World

As we mentioned above, snake plants are native to various parts of Africa. As such, you can find various snake plant uses.

People including the Masaai have used snake plants to treat scrapes, cuts, and burns. Research has shown that some species of snake plants contain anti-inflammatory compounds.

Today, snake plants are used around the world for their air-purifying abilities. While some people claim these plants can remove all toxins from the air, this isn’t true. However, they can improve air quality.

Mother-in-law’s tongue (Dracaena trifasciata) was one of the plants used in NASA’s clean air study. This study showed that snake plants can remove small amounts of benzene, trichloroethylene, and formaldehyde from the air. Of course, snake plants also release oxygen.

While the snake plant has existed in its native habitat for thousands of years, it didn’t arrive in Europe until the late 16th century.

From this point, the plant slowly spread throughout Europe. They became popular houseplants, especially in dim homes that could not support other plants.

Once people became aware of the snake plant’s easy to care for habit, they brought these plants into their Victorian homes. They especially loved that the plants could thrive in dark areas of the home.

Snake Plants in Art and Entertainment

As popular houseplants, snake plants have made their way into modern movies and television. This is especially true for films set in the 70s and 80s.

In the movie Groundhog Day, Phil tells Rita he’s a god while dining at Tip Top Cafe. Snake plants line the backdrop in this famous scene.

While snake plants weren’t very prevalent in historical art, their popularity as houseplants has made them the focal point of some modern artwork.

Now that you know about the snake plant’s meaning and symbolism, you can enjoy these plants even more. As symbols of prosperity and protectors against harm, snake plants make a great addition to any home. 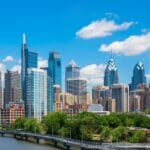 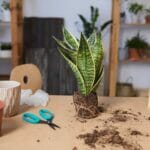 When and How to Repot a Snake Plant (Essential Tips)

When and How to Repot a Snake Plant (Essential Tips)

How to Prune Bird’s Nest Ferns at Home (Essential Tips)