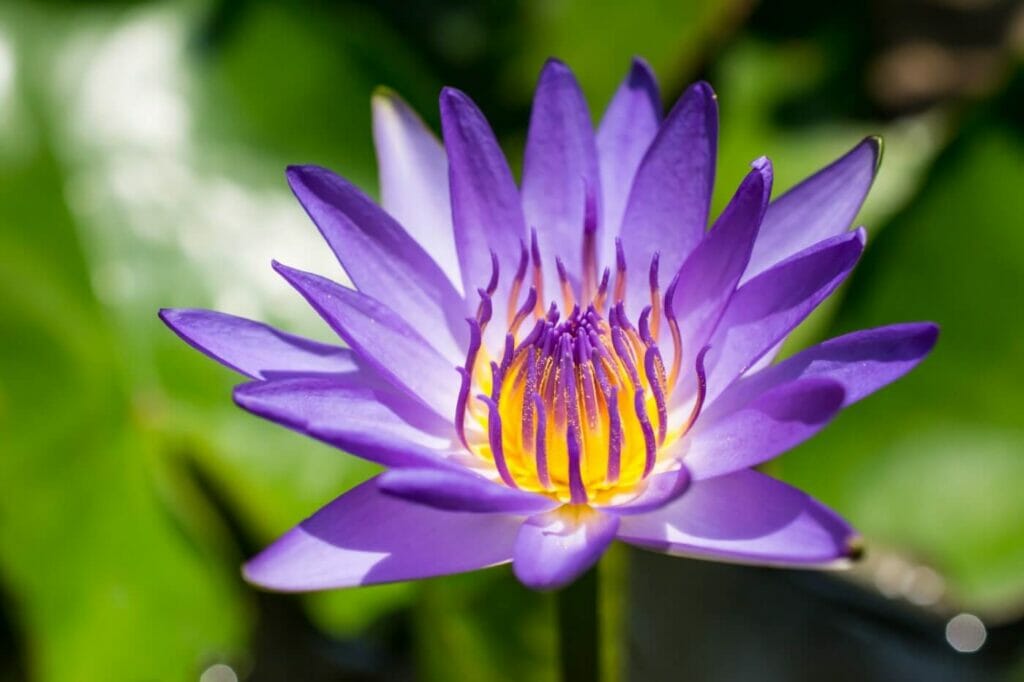 The Meaning, Symbolism, and Cultural Significance of Purple Lotus Flowers

In this guide, we’ll take you through everything you need to know about the meaning and symbolism of purple lotus flowers. The Lotus flower has historical, cultural, and spiritual significance in many cultures. However, it is the purple lotus flower that is most sacred to Buddhists.

Purple lotus flowers play a vital role in Buddhism. They generally represent spiritual awakening, purity, and faithfulness. This belief roots from the fact that lotus flowers emerge from muddy waters. For Buddhists, that means the act of rising above despite the challenges and moving towards the light of wisdom.

For 3,000 years, Lotus flowers have been cultivated for their beauty, fragrance, and medicinal qualities, but it is the purple lotus that is most sought for its many unusual qualities.

The purple lotus, until quite recently in human history, could only be found on the foothills of the Himalayas in northern India, in what is now Nepal, and it was uniquely tied to the Buddhist path and creation.

Buddhism was founded in the late 6th century by Siddhartha, known as the Buddha. In a place called Lumbini and Benares. It is in this area that the rare purple lotus can be found.

This was the only area where a purple lotus could be seen, and it was guarded against others because it was coveted not only because of its rarity but also its unique symbolism in Buddhist history and faith.

The purple lotus flower has a unique existence because it represents the Noble Eightfold Path of Mysticism. It is represented by the eight petals and how the lotus flower grows from first the deep mud to the sunlight, and then blooming for three days is a beautiful fragrant purple flowers.

The purple lotus, in particular, is unique, and the color changes according to the sunlight, the moonlight, and the temperature. This gives it a glowing and magical effect of transformation.

The noble eightfold path is represented by understanding, thought, speech, action, livelihood, effort, mindfulness, and concentration. The purple lotus, in particular, reminds the Buddhists of this path. The purple lotus holds the keys to creativity, royalty, dignity, extravagance, and wisdom.

The Purple Lotus Flower and the Self Awakening of the Buddha

There’s a Zen saying, “may we exist in muddy water with purity, like a purple lotus”. Meaning that human existence is difficult. However, we can transcend this state and blossom into enlightenment.

The Jewel in the Heart of the Purple Lotus Flower

Most people don’t realize that the well-known mantra, “Om Mani Padme Hum” can be translated to the jewel in the heart of the lotus.

When the purple lotus opens, there is a crisp, yellow-golden center that eventually produces seeds. The seeds are part of the jewel. The deep purple sets off the golden yellow stamens. Here the purple lotus flower symbolizes harmony between emotions and beliefs. It is a symbol of peace and the blending of opposing beliefs and ideas.

Thus, the purple lotus is also called the mystic lotus. As a result, this flower is highly sought for events and special occasions. Modern lore helps overcome creative blocks, depression, and the anxieties that plague everyday life. 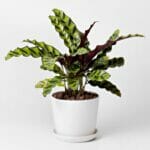