Everything You Need to Know About Myrtle Flowers

Not to be confused with the Crepe Myrtle, the true Myrtle flower (Myrtus) is a charming genus of flowering plants rich in history and symbolism. Much of Myrtle’s symbolism is drawn from its years of medicinal and food use. However, it’s also a great landscaping plant and provides blooms, foliage, and berries for cut flower arrangements. Explore the deeper meaning of the Myrtle flower to decide if it sends the right message for your purposes.

With an enduring symbolic meaning of love and devotion, the Myrtle flower has religious connotations that have lasted for centuries. It’s also an essential part of Ancient Greek mythology and symbolism. No wonder it’s widely used in marriage bouquets and arrangements today.

Myrtle is the common name for the entire genus of Myrtus. Only three species are included in the genus today:

The Myrtus genus is part of the larger Myrtaceae family. This family includes other valuable food and spice plants like cloves, allspice, guava, and eucalyptus. It’s no wonder Myrtle has a long history of use and symbolism when it’s part of this plant family.

Myrtle shrubs can stay just a few feet tall or stretch to 15 feet and more. They’re all evergreen plants that produce at least minor flowers and white or blue-colored berries.

The foliage is also fragrant and filled with valuable essential oils. Myrtle flowers are almost always white, with some cultivars offering cream-colored blooms instead.

Some databases mistakenly list pink and red as colors for this plant, but that’s applicable only to Crepe Myrtle, an unrelated species.

Common Myrtle is the only type regularly grown in gardens or used for cut flowers. It’s generally grown in its unimproved form because it’s a hardy and attractive plant.

However, there are some interesting varieties sold for hedging in particular or for their unique flower types. Popular cultivars of Myrtle include:

The name Myrtle remains relatively unchanged and is associated only with the plant for many centuries, all the way back to ancient Greece. The Greeks picked up the root for the word from ancient Semitic sources that shared the same root as myrrh, the tree resin used for ritual purification.

There is no connection to other plants sharing the name, such as Crepe Myrtle.

What Regions are Myrtle Native to?

Myrtle is primarily native to the Mediterranean region, which is why it has a long history of use in Greece. Common Myrtle also grows in western Asia and across India.

It’s commonly grown across Southern Europe since it is well-adapted to the dry soils and temperate conditions found there. Other varieties, such as the Saharan Myrtle, are found only in certain parts of Africa.

When is Myrtle in Season?

The exact blooming window for Myrtle depends on the cultivar and where its planted. However, most varieties begin blooming by June or July. They rely on heat to trigger strong flowering. Most varieties continue producing new flowers until September or October.

Uses and Benefits of Myrtle

Myrtle is one of the rare flowering shrubs that also has edible uses. The fragrant leaves are easily used to season meat and soups like bay leaves. Essential oils for flavoring are also distilled from the leaves and berries.

The ripe berries are edible, but they’re not sweet and are generally dried and ground instead. Myrtle bark is high in salicylic acid-like willow bark, making it a potential pain-killer.

Finally, the small white flowers have a strong fragrance that attracts bees and other pollinators.

Myrtle flowers are almost all white or cream-colored. In the language of flowers, Myrtle’s color profile holds the symbolic meaning of purity, hope, and rebirth.

It’s also fitting for their devotional and romantic meanings, which have persisted since Ancient Greece.

The Cultural Significance of Myrtle Flowers

The Myrtle Flower in Greek Mythology

The oldest meanings ascribed to the Myrtle plant comes from Ancient Greece. The flower was considered sacred to Aphrodite, which gives it a potent layer of love symbolism.

Garlands of the foliage and blooms were also sacred to the goddess Demeter. This shared symbolism connected farming with romantic love through their common theme of devotion.

Even today, Myrtle is commonly used at weddings and anniversary parties alike to symbolize loyalty and commitment. This is true in multiple cultures, including Greek and Jewish traditions.

The Myrtle Flower in Judaism

In Judaism, Myrtle is one of the four species of plants used to celebrate the festival of Sukkot. It’s a holiday commemorating the agricultural cycle that ancient Jewish field workers followed.

That means it’s not surprising that fragrant and attractive Myrtle branches are part of the symbolism of the event. Myrtle in particular plays such an important role because it is mentioned in Zechariah 1:8 in the Torah. It’s part of a story of a prophet of God who is described as standing in a grove of Myrtle trees.

The religious symbolism of this plant has expanded to include watchfulness, devotion to faith, and the endurance to withstand challenges. Other religious sources link Myrtle’s fragrance to the spreading of good works in the world, making the plant a symbol of purity and goodwill.

Ceremonial and Spiritual Uses of the Myrtle Flower

Myrtle is used in wedding bouquets throughout Europe. Various folklore explanations hint at a common symbolism of romance, devotion, and love.

Some modern spiritual movements use the Myrtle flower to symbolize purification and rebirth. Its fragrance is commonly used in women’s perfumes and even some unisex fragrances.

As a name for fictional characters, it’s found in works of literature from The Great Gatsby to Meet Mr Mulliner by P. G. Wodehouse.

Myrtle is most commonly used for wedding decorations and bouquets because of its strong association with romance and love. However, it’s also a good fit for anniversary gifts and other flower arrangements for romantic and devotional occasions.

Thanks to the white color of the flowers offering a subtle meaning of purity and rebirth, it can also be a good floral gift for someone who is starting something new.

How to Care for Myrtle Flowers at Home

Since Myrtles are softwood cuttings taken from shrubs rather than soft stem clippings, they tend to hold up well for a few days. They still need to be put in water immediately upon cutting to stay colorful and firm.

Picking Myrtle flowers when at least half of the blooms are still budding will help extend its life in the vase as well.

Myrtle only grows in certain climates and soil types, but it’s a great addition to any yard or garden. Homeowners enjoying the blooms can also sample the berries or season with the leaves to make the most of the plant. Of course, a sprig of blooming Myrtle is a meaningful way to show your love to someone as well.

What does a myrtle flower symbolize?

In the language of flowers, Myrtle’s white and cream-colored petals hold the symbolic meaning of purity, hope, and rebirth. It’s also fitting for their devotional and romantic meanings, which have persisted since Ancient Greece.

What is Myrtle good for?

The fragrant leaves of Myrtle are frequently used to season meat and soups. Essential oils for flavoring are also distilled from the leaves and berries.

Where do myrtle flowers grow?

The Myrtle flower is primarily native to the Mediterranean region, which is why it has a long history of use in Greece. Common Myrtle also grows in western Asia and across India.

The Myrtle flower has a slightly peppery fragrance, similar to bay leaves in many ways.

Is Myrtle easy to grow?

Myrtle flowers are generally considered easy to grow. These flowering plants do best in rich, well-draining soil, planted in beds or containers with some protection from the wind in a location that receives full to partial sunlight throughout the majority of the day. 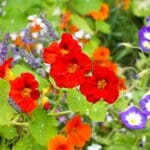 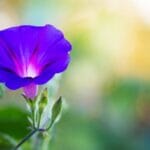