Everything You Need to Know About Lantana Flower Meaning, Symbolism, and Cultural Significance Around the World

Lantana flowers symbolize rigor and rigidity. However, they offer dazzling blossoms, playful colors, lush foliage, and attract pollinators into the garden, making them, in actuality, anything but severe. Here we’ll take you through everything you need to know about Lantana flower meaning, plus learn about their history and origins, uses and benefits, and cultural significance around the world today. 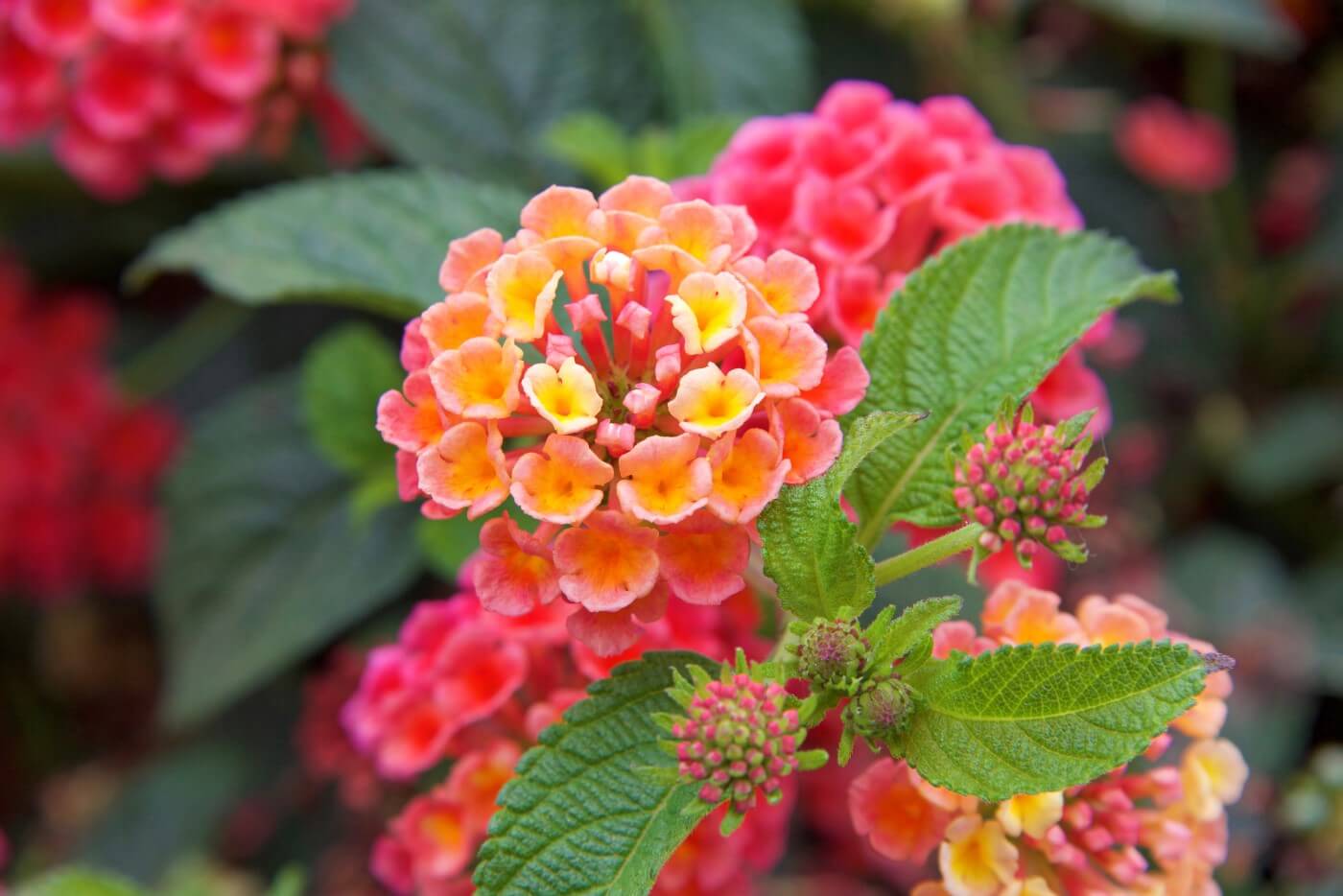 In the language of flowers, lantana flowers symbolize rigor which has several meanings of their own such as being demanding, difficult, extremely accurate, thorough, or exhaustive. It can also mean stiffness, rigidity, severity, and strictness.

Lantana camara is one of 150 species of perennial flowering plants in the Lantana genus which belongs to the Verbenaceae (verbena) plant family.

Each piece of the plant’s botanical or scientific name, Lantana camara, has its own origin.

Commonly, Lantana camara is referred to as common lantana or Spanish flag in addition to red sage, wild sage, West Indian lantana, and umbelanterna. It also has a variety of common names from around the world:

Common lantana is a perennial shrub with aromatic leaves and flowers that can either sprawl out or climb with a vine-like growing habit. On its own, it can form a shrub of nearly 7 feet. Climbing up a tree, it can reach heights of almost 20 feet.

Common lantana blossoms with pom-pom-shaped clusters of petite tubular flowers that each have four petals. They bloom in shades of red, pink, orange, yellow, and white and some species even have flowers that are beautifully variegated with an attractive gradient of color running throughout their flowers.

Lantana has a tutti-fruity fragrance with an undertone of spiciness that pollinators can’t resist. They also produce a drupe of poisonous berries that turns from green to deep, blackish-purple at maturity.

Where Do Lantana Flowers Come From?

Lantana camara is native to the tropical regions of the Americas, specifically Central and South America.

History and Origins of Lantana Flowers

Common lantana was first introduced to Europe by Dutch explorers. Subsequently, it was enthusiastically cultivated across the continent from where it spread to Asia, the Middle East, Oceania, and Africa. Naturalized, it now grows wildly in about 60 tropical and subtropical countries around the world.

Despite its attractive flowers, common lantana is considered to be a noxious weed in many places, as it has outcompeted native plant species and reduced biodiversity in several regions.

When Are Lantana Flowers in Season?

In tropical climates, lantana flowers blossom intermittently throughout the year. In cooler climates, they start blooming in early spring and continue until the first frost.

Due to the beauty of their flower blossoms, the uses and benefits of common lantana are primarily ornamental – even in the use of larger plants’ stalks in constructing furniture.

In the garden, common lantana is easy to grow since it tolerates drought and does not fall victim to many pests or diseases. That’s partially why it can easily become overgrown and invasive. That being said, it is great for attracting pollinators like hummingbirds, butterflies, and bees.

In herbal medicine, it has been used to treat a variety of ailments including:

Keep in mind, however, that lantana is toxic to people and pets, so be careful about how you use it and where you plant it.

The Meaning, Symbolism, and Cultural Significance of Lantana Flowers

Common lantana symbolizes rigor, and rigor can mean several different things depending on which of its definitions you take.

These meanings include being accurate, thorough, or exhaustive. It can mean being demanding or difficult. Rigor can also mean having the quality of stiffness, rigidity, severity, or strictness.

When combined with various flower color symbolism, common lantana takes on more specific symbolic meanings while still being associated with its traditional representation of rigor.

With a common lantana flower, these colors could mean being rigorous with respect to grace and gentle affection, romantic love, passionate love, friendship, and cheerfulness, or purity and innocence.

Common Lantana and Its Symbolism

Lantana camara is hardy. It contracts few plant diseases, does not fall prey to fungi, and most pests do not affect it. It can survive fire and tolerate long periods of drought. It drops seed banks in the form of fruit, and it can sprout from basal shoots in the ground. In short, common lantana is difficult to kill.

As a result, common lantana has become an invasive species in many parts of the world, Australia in particular, where it has harmed the continent’s biodiversity by overtaking several native species. Although beautiful, common lantana is considered to be a weed in many parts of the world, where it has become a monster of a plant.

In fact, some have gone as far as to compare it to the hydra of Greek mythology, which only Hercules was able to slay during his second labor with the help of cauterizing fire and Athena’s sword.

The Lernaean Hydra was a snake-like monster that had nine heads, one of which was immortal, and it terrorized the people of Lerna. Whenever anyone tried to kill the hydra by cutting off a head, each lost head would be replaced by two more.

In some ways, common lantana is more terrible than the hydra. For example, it cannot be killed with fire. When Lantana camara burns in a forest fire or intentionally in an effort to eliminate or control its spread, it produces several new plant shoots from its basal root system under the ground, where fire can’t reach it.

It also protects itself from eradication with the multiple seeds that are dropped and spread in the clusters of berries common lantana plants produce.

Common Lantana in the Victorian Language of Flowers

Floriography, more commonly known as the Victorian Language of Flowers attributed just about every type of flower with a symbolic meaning which could be conveyed by gifting someone a bouquet of carefully selected blossoms.

In the Victorian Language of Flowers, and today, common lantana symbolized rigor.

Rigor at Heart, Beauty in the Garden

With its resilient nature, common lantana makes an easy addition to just about any garden or container, and it’s perfect for supporting the pollinators in your neighborhood. Just be careful to plant it in a location where it won’t be able to spread and overtake the native vegetation.

Is Lantana camara annual or perennial?

Lantana camara is a perennial.

Where do lantana flowers grow natively?

Lantana is native to the American tropics.

Is lantana poisonous to humans?

Lantana is toxic to humans and animals. No fatal cases of toxic ingestion in humans have been recorded as have been with animals.

What do lantana flowers symbolize? 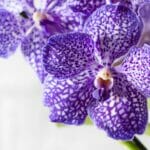 10 Best Types of Vanda Orchids to Grow at Home 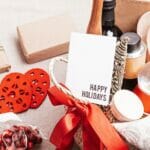 21 Best Gift Baskets in Kansas City (For Every Occasion)