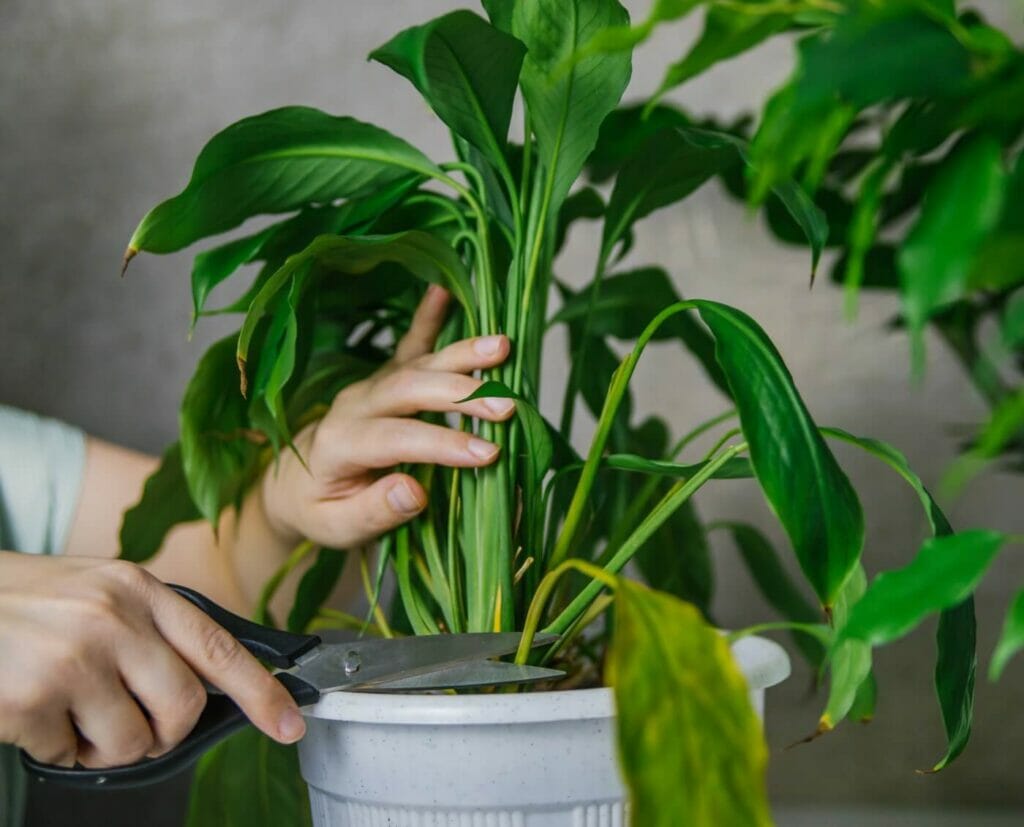 Everything You Need to Know About Pruning Peace Lilies at Home

One of the most common houseplants around the world, the Peace Lily is part of the Spathiphyllum genus. It’s known for rich symbolism, and both its dark green foliage and bright white flowers with a unique appearance. While the Peace Lily plant generally requires less care than other houseplants, it’ll still need attention eventually to keep growing its best. This guide will take you through everything you need to know about when and how to prune peace lily plants at home.

Prune Peace Lily plants any time they develop dead, damaged, or dried-up leaves. Give them a pruning for shaping as necessary, but only once or twice a year during the active growing season. Allow a period of at least 4 weeks post-pruning before recommencing any feeding or fertilizing.

The Role of Pruning in General Plant Care

Pruning is the official term for cutting or removing plant material. It’s required for many trees and shrubs used in landscaping, but it’s also beneficial for most popular houseplants. This includes the Peace Lily.

It’s a good idea to prune houseplants to remove any yellowing, brown, drooping, damaged, or dried-out leaves. This prevents the spread of disease throughout the plant. Trimming is also needed to keep many plants’ natural or preferred shape, including houseplants and fruit trees. In some cases, pruning is used to control pest damage or prevent infestations as well.

Limiting the amount of foliage or stems a plant has controls its growth, ensuring it puts more energy into the parts of the plant you want to keep. For plants like roses, it’s a key technique for encouraging blooming and preventing too much foliage growth. Some houseplants can be encouraged to bloom through careful pruning as well. Pruning is also a technique used for gathering material for propagation in many plant species.

While pruning is primarily undertaken for cosmetic concerns, it does play an essential role in general plant care by keeping good air circulation around the plant’s interior and discouraging disease.

The Peace Lily is not a rapid-growing plant (even when located in an ideal position), but it still manages to reach its mature size by the third to the fifth year of growth. It can grow between six inches to one foot per year for the first three years. This is both in height and width, which the Peace Lily plant tends to gain equally.

Some species in the Spathiphyllum genus can reach four to six feet wide after nearly a decade of growth, but they’re not always available as houseplants. Most mature Peace Lily plants stop gaining height and width once they are anywhere from two to three feet tall.

It’s possible to keep the plant smaller either through regular pruning or occasional division to create multiple smaller plants. A Peace Lily will only reach maturity within the first few years of growth if regularly fertilized during the active growing seasons of spring and summer.

What’s the Best Time of Year to Prune a Peace Lily Plant?

Like most houseplants, Peace Lily plants are best pruned when they are actively growing. This is in the spring, summer, and early fall. Avoid pruning these plants while they are semi-dormant in the fall and winter or after they’ve recently been repotted.

Most outdoor plants like trees and shrubs are best pruned in the dormant period, so you may have to set a reminder to prune your indoor plants during the opposite time of year. The Peace Lily needs a chance to replace the lost foliage and trimmed material as quickly as possible. Even if you are shaping the plant or dividing it, it’s best to handle these tasks during the spring and summer.

The one exception is for the removal of dead or dried-out foliage. Dry leaves can be safely removed at any time of year since they’re just cluttering up the plant. This is especially true of anything loose that falls off with a touch, but even damaged or yellow leaves you need to trim off can be removed in the winter.

What Are the Essential Tools for Pruning Peace Lily Plants?

Peace Lily plants feature a specific growing habit where they form many thin stems supporting individual leaves instead of one common stem. As a result, you should find this plant relatively easy to prune with just a good pair of sharp scissors.

Pointed pruning scissors give you the most control over cuts, so you don’t snip more stems than you intended. Even if you decide to use household scissors, sanitize them the same way you would handle all pruning tools. Isopropyl alcohol or bleach solutions keep plant diseases from spreading between uses.

It’s possible to pinch the new growth off with your fingertips or nails alone in many cases. However, this can leave ragged edges and may become difficult on wiry older stems. Try keeping a pair of pruning scissors or small nail scissors on hand for quick trims whenever the plant needs it.

Peace Lily plants are also considered mildly toxic so it’s prudent to wear gloves when undertaking any pruning or trimming of your plant.

How to Prune Peace Lily Plants

Peace Lily plants don’t need a lot of pruning to achieve their mature shape, unlike bonsai trees or plants like Lucky Bamboo. However, you should still consider pruning in some circumstances.

First, be prepared to cut off any foliage that dies of old age and flower stalks when they dry out and turn brown. This plant naturally sheds leaves after a certain period of time. Leaving the dry and dead leaves mixed in will only encourage disease, creating hiding places for common peace lily pests, and give the plant an overall shabby look. Clean up the plant at least once every three months to keep it looking its best.

Remove thin, overcrowded, and weak foliage first to ensure you keep the strongest growth. With proper fertilization, some thinner of the inner part of the plant may be needed to prevent overcrowding that can stop foliage from fully unfurling. Furled and overcrowded leaves not only give the plant a spiky look, but they can also encourage disease by trapping moisture and debris.

Avoid removing more than 10% of the plant’s foliage at any one time, not including diseased or damaged material. Minor pruning will stimulate new growth, while pinching the plant back routinely will prevent overgrowth.

Don’t prune a Peace Lily plant more than once or twice a year unless you’re trying to shape it intensively. These plants don’t respond well to a lot of snipping of healthy plant tissue. Try to limit your cuts to just one or two pruning efforts during the peak of growth each year.

How Do You Shape Peace Lily Plants?

Most Peace Lily plants need little shaping. Unlike vining plants or those that feature a single trunk-like stem, it’s not always easy to encourage where new growth will occur on these plants. However, you can definitely open up the center of the plant for better air circulation or shape the plant from the outer edges.

If you want a more upright or narrow-looking Peace Lily plant, it’s fine to trim around the edges of the plant until you achieve the shape you want. Achieve a more vase-shaped look with careful pruning of only the outer leaves to expose the more narrow inner foliage.

For a more dramatic change in the size and shape of the plant, consider dividing it. This allows you to restart with two to three smaller and more manageable plants that may be easier to keep pruned.

A Peace Lily plant should be fertilized about one month before pruning for the best recovery. Of course, it’s not always possible to plan ahead like that. There’s no need to put off essential pruning just because the plant hasn’t been fertilized in a while. Avoid applying fertilizer or overwatering the plant immediately after pruning it. Give it a few days to recover before watering your peace lily.

Peace Lily plants rarely wilt or show signs of shock from pruning alone, but it can happen if the plant was also divided. Make sure to keep light levels relatively low, so the plant doesn’t suffer from sun shock while recovering. Watch out for cold drafts as well. Peace Lily plants don’t like the direct sun or significant changes in temperature at any time, but they’re especially sensitive to them right after pruning. The plant should resume normal growth within a few days of trimming.

How to Prune Peace Lily Plants – The Final Word

Wild and bushy Peace Lily plants are a matter of preference. If you’d like a neater-looking houseplant, grab the scissors and try giving your plant a careful prune once or twice a year.

If you’re looking for your next peace lily plant, see our in-depth guide to the best plant shops delivering peace lilies nationwide. 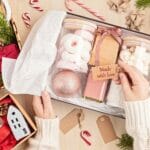 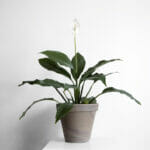 Where to Position ZZ Plants in the Home

Where to Position Croton Plants in the Home

Are ZZ Plants Toxic or Poisonous to Humans and Pets?