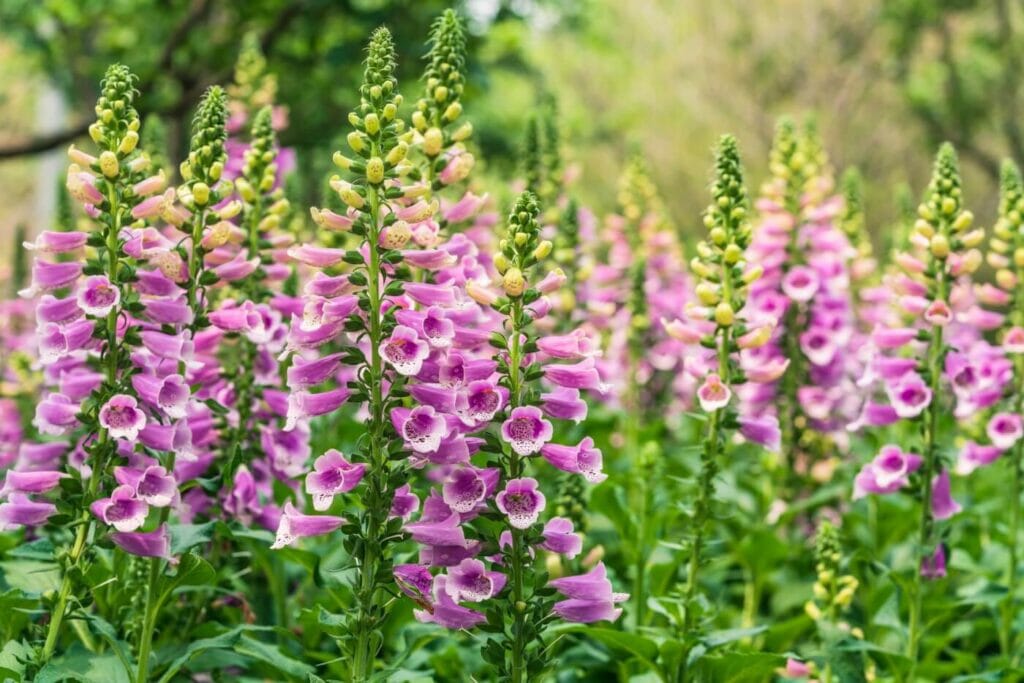 Everything You Need to Know About Foxglove Flower Meaning, Uses, and Cultural Significance

The foxglove, or Digitalis purpurea, is a European native that’s naturalized across North America and other temperate zones. This striking plant makes a strong statement in the landscape, with its bright spikes of blooms. Foxglove also has a long, rich history, featuring prominently both in folklore and traditional medicines. Here we’ll take you through everything you need to know about Foxglove flower meaning and symbolism, their history and origins, uses and benefits, plus learn about their cultural significance around the world.

Foxglove flowers have held many symbolic meanings over the decades, both positive and negative. The flowers may be associated with insincerity, pride, intuition, creativity, and energy. In the Victorian language of flowers, a gift of foxgloves would carry the symbolic meaning of “I am ambitious for you, rather than for myself.”

Foxglove flowers (Digitalis purpurea) belong to the Digitalis genus, which contains about 20 species. The best-known foxglove is D. purpurea. The Digitalis genus is a member of the Plantaginaceae or plantain family.

The common foxglove is a biennial or short-lived perennial; in its first year, it grows as a rosette of velvety green foliage. Foxglove blooms in its second year, producing spikes that reach up to 2 feet tall. Overall, plants grow up to five feet tall.

Blossoms are clustered as a one-sided raceme and have a tubular shape about two to three inches long. Common foxglove flower colors include pink, purple and white, with some yellow hybrids. Blossoms don’t have much discernable fragrance.

A European native, foxglove has been cultivated in England since at least the 1400s. It was introduced to North America in the 18th century, where it quickly naturalized in many regions of the U.S.

The most common species seen in today’s gardens is D. purpurea, or common foxglove. Other species found in North American landscapes include:

Many foxglove cultivars and hybrids exist, as well. Some common types include:

Digitalis — Latin digitus or “finger-like” — references the shape of the foxglove’s flowers, which are the right size to fit on a finger like a thimble.

The origins of “foxglove” aren’t quite as clear. In Europe, the plant was commonly known as “fairy’s gloves” or “fairy thimbles.” It was thought that the disturbed soil in which foxgloves prefer to grow was, perhaps, the territory of the little folk. Hence, some believe that the flowers were once called “folk’s glove,” which morphed into “foxglove” over time.

What Regions are Foxglove Flowers Native To?

D. purpurea is native to temperate regions of Europe. Other species are native to Europe, including the Meditteranean, northwestern Africa, and parts of Asia.

When are Foxglove Flowers in Season?

Uses and Benefits of Foxglove Flowers

The foxglove — including the flowers, roots, stem, and leaves — is extremely poisonous to humans, dogs, cats, and horses. Despite the plant’s toxicity, it’s used to manufacture a drug known as digoxin. When used as a prescription medication, digoxin helps the heart muscle work more efficiently.

Though it’s not safe to self-medicate with foxglove (in fact, it’s so toxic that it can be fatal if ingested) the medicinal properties of the plant have been known for hundreds of years. In 1785, William Withering, an English doctor published “An Account of the Foxglove.” The book describes the many medicinal uses of foxglove, including for heart ailments, epilepsy, edema, ovarian dropsy, and tuberculosis.

Due to its toxic nature, foxglove is not safe for any culinary uses. However, it’s long been used in folk medicine to treat ailments such as:

Foxglove’s toxicity means that it’s deer- and rabbit resistant. However, its tubular blooms do attract pollinators such as bees and butterflies.

Common foxglove blooms in shades of pink, purple and white, while other varieties have yellow, peach, orange, brown, and multi-colored blossoms.

In the language of flowers, the gift of foxglove symbolizes ambition. However, the flower means you’re telling someone “I am not ambitious for myself, but I am ambitious for you.”

The Cultural Significance of Foxglove Flowers

Foxglove flowers have long been associated with folklore related to fairies and the little folk. Perhaps it’s because the blossoms are just the right size for a small finger to fit inside, or because the ground where they like to grow was thought of as fairy territory. Other tales said that foxes wore the flowers as gloves so they could sneak silently into homes to steal food and raid chicken coops.

Many children’s tales warned against picking foxglove flowers, saying that it would offend the fairies. This was probably a tactic to scare children away from the poisonous, but beautiful, blossoms.

Some believed that the spots on some blossoms were fairy fingerprints. Others legends said the dew found on foxgloves could be collected and used to communicate with fairies. In Scandinavia, legend has it that fairies taught foxes how to warn each other of encroaching hunters by ringing foxglove bells.

Roman myth links foxglove to the myth of Hera/Juno; Flora touched her belly with a foxglove, causing her to become pregnant. She then gave birth to Mars/Vulcan.

The artist Vincent Van Gogh is said to have used digitalis to treat his epilepsy. One side effect of taking digoxin, the drug made from digitalis, is a yellow haze across one’s vision. Some believe that Van Gogh’s “yellow period” is due to ingesting foxglove. The flowers are pictured in two portraits the artist made of his doctor, Paul Gachet, who’s holding foxgloves in both works.

As foxglove is extremely toxic, it shouldn’t be gifted if children or pets may access it. When safe, foxglove flowers add a dramatic element to bouquets and would be a beautiful addition to wedding arrangements or seasonal spring floral gifts.

Beautiful, yet potentially deadly, the foxglove adds a dramatic spike of color to the landscape. As a source of digitalis, the flowers have long been cultivated for their medicinal uses. They’ve also played a role in folklore, having long associations with fairies and the little folk in European mythology. Today, foxgloves are prized for their tall racemes of tubular blossoms. In the language of flowers, they represent ambition for others.

Are foxglove flowers poisonous to humans?

Foxgloves are poisonous to humans, dogs, cats, and horses. All parts of the plant contain toxins that are used to manufacture heart medication but can be toxic or even deadly when ingested.

Do foxgloves grow back every year?

Foxgloves are biennials, which means they grow foliage in their first year and flower in their second year before dying. Under certain growing conditions, foxgloves may return to bloom for a third or fourth time.

When do foxglove flowers bloom?

Foxgloves tend to multiply and spread under the right growing conditions. It’s considered invasive in some western U.S. states.

What fragrance do foxglove flowers have? 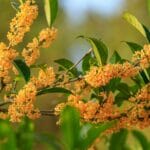 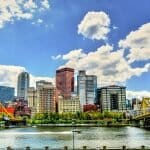