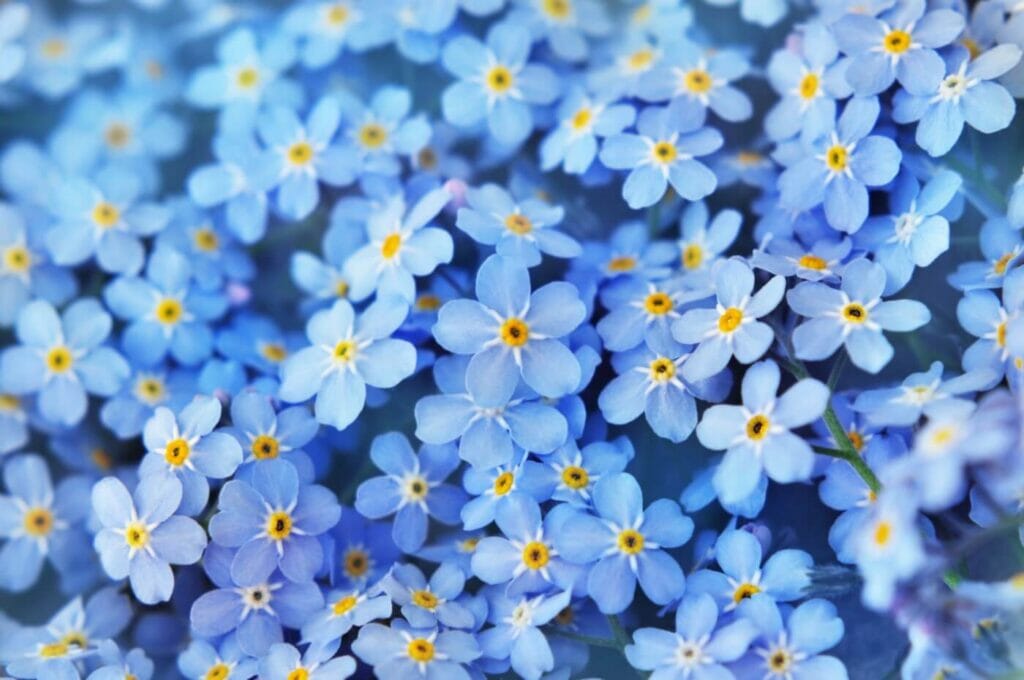 Ultimate Guide To Forget Me Not Flower Meaning and Symbolism

Everything You Need to Know About Forget-Me-Not Flower Meaning, Symbolism, and Cultural Significance

Few flowers are as important in meaning as the Forget Me Not (also known as Scorpion Grasses). Despite the clear meaning in its common name, this flower has a few deeper layers of symbolism that might surprise you. It is also a beautiful addition to any landscape that is surprisingly easy to grow in the right soil. Gain a deeper appreciation for this flower commonly seen in romantic bouquets and going-away presents.

Forget Me Not Flower Meaning- The Essentials

Traditionally, Forget Me Not Flowers have carried a symbolic meaning of remembrance, true and eternal love, and devotion. To King Henry IV, the flower was a symbol of royalty and endurance because of its delicate blue color. He adopted it as his formal emblem in 1398. Today, the Forget Me Not is also the official State Flower of Alaska and the flower of Grandparent’s Day.

About Forget Me Not Flowers

Also commonly called scorpion grass, Forget Me Not flowers are all part of the Myosotis genus. This includes a wide range of plants sharing the common name, but Myosotis sylvatica is perhaps the most widely spread variety.

Other Myosotis species include:

The Myosotis flower is related to borage because they’re all part of the larger Boraginaceae family.

Forget Me Not is generally an early spring woodland or meadow flower, with light blue flowers that can have a white or pink color when they first open.

The plants produce clusters or sprays of small flowers off of a branching stem. This gives the genus its alternate name of scorpion grass. They generally have no scent.

History & Origins of Forget Me Not Flowers

Varieties of Forget Me Nots are native around the world, but some varieties native to Europe became popular throughout the rest of the world around the end of the 1800s. Spreading the plants to gardens and greenhouses allowed for the development of many new cultivars.

Myosotis sylvatica is the most widely cultivated variety around the world, available in a number of improved cultivars.

‘Rosylva’ is popular for pink flowers that don’t turn blue as they get older. For perennials varieties of Forget Me Nots, ‘Mermaid’ is a popular cultivar with light blue flowers.

Myosotis is a Greek word that means “mouse ear”, a name that is derived from the small curved leaves of these plants. The common name of Forget Me Not is a translation of the Old French name for the plant, ne m’oubliez mye.

What Regions are Forget Me Not Flowers Native to?

With 74 different species included in the Myosotis genus, most are located in Eurasia or New Zealand. A handful of varieties are also found in North America and South America.

However, this flowering plant is grown in almost every temperate zone of the world since it’s a popular and common garden flower.

When are Forget Me Not Flowers in Season?

Forget Me Nots only bloom for a short period of early spring to late spring in most outdoor gardens. For most climates, peak blooming will occur from April to May and end by summer.

Uses and Benefits of Forget Me Not Flowers

The common woodland Forget Me Not, M sylvatica, is edible and commonly used as a decoration for cakes or drinks. The small flower is easy to freeze in an ice cube or to use to top a cupcake.

Some people take it as an herbal medicine for nose bleeds, but this isn’t recommended as taking it regularly may have safety risks.

This beautiful flower is also popular with bees and other pollinators because it changes color internally after being pollinated, reducing the wasted work for the insects visiting them.

Forget Me Not Flower Meaning & Symbolism

Common Forget Me Not Flower Colors and Their Associated Symbolism

Most Forget Me Nots are some shade of blue, but they are also available in white and pink varieties as well. Some of the flowers even start out pink or purple, developing into a light blue flower as they open.

The exact color of the flower affects its symbolism when used in a bouquet.

The Cultural Significance of Forget Me Not Flowers

For the Victorians, Forget Me Nots were not simply a symbol of remembrance of someone who had passed away. They were specifically a symbol of true love and devotion. In fact, the small blue flower was rarely used in remembrance, used instead to make a declaration of love.

As the period ended, only then did it become more common for the Forget Me Not flower to appear in funerary arrangements or carved into tombstones for their symbolism.

The Forget Me Not was not just a symbol of love or devotion either. To King Henry IV, the flower was a symbol of royalty and endurance because of its delicate blue color. He adopted it as his formal emblem in 1398.

By the next year, he had ended his exile and successfully regained his throne in England. This gave the flower the connotations of luck and success (not to mention royalty) in England where the partial shade woodland variety is native.

It was commonly used as a good luck charm for travelers or to protect against witches, especially in the Somerset area.

For Christians, the Forget Me Not flower is a beautiful and potent symbol of a number of different religious themes and stories. One story tells that the plant was afraid it would be missed while God named his other creations and called out not to be forgotten, which inspired its name.

Another legend tells of the baby Jesus creating the beautiful blue flower from the sight of the Virgin Mary’s blue eyes so that everyone could see them and appreciate them. This reminds Christians that God is always watching and that they can always turn to prayer for help.

European Symbol of Love and Devotion

The primary romantic and remembrance symbolism of the Forget Me Not comes from European folklore and German legend. Many stories are specific to the Danube River, which winds through much of Eurasia and into Western Europe.

Regardless of the exact setting, the story follows the basic plot of a knight trying to pick a flower for his lover on the riverbank. When he falls in and is swept away in his heavy armor, the lover names the flowers for remembrance and wears them in her hair until her death.

This gave the flower a long-lasting association with remembrance, grief, and devotion beyond death and isn’t as specifically romantic as the Victorian meaning.

Memorializing into the Modern Age

This flower continues to be used as a more modern symbol of remembrance and grieving after a loss. It’s the official flower of the Armenian Genocide and is used by the Alzheimer’s Association as an awareness-raising symbol for memory loss. It’s also the State Flower of Alaska and the flower of Grandparent’s Day.

Suitable Gifting Occasions for Forget Me Not Flowers

Forget Me Nots are unique because they can send many different messages depending on the color of the bloom and the other flowers they’re combined with. They are useful for conveying support when someone loses a loved one or to celebrate the memory of someone.

Forget Me Not flowers can also send a very romantic and devoted message, or celebrate someone’s religious beliefs. That makes this romantic flower ideal for gifting on Valentines day. They make good potted plant gifts as well since they grow well in containers and can be forced to bloom out of season with the right conditions.

Forget Me Nots are beautiful flowers with a touching set of symbolic meanings. Each of the meanings of the flower fits in with another, making it easy to tailor a complex different meaning with the addition of a few other flowers. Take inspiration from the Victorian flower language or try the classical folklore interpretation to guide your use of this flower in landscapes and bouquets.

Why is it called Forget Me Not?

The flower takes its common name from its long history of association with devotion and remembrance. It can also be a reminder of love from someone who doesn’t want to be forgotten.

Do Forget Me Nots come back every year?

Most varieties are annuals and must be re-planted or re-seeded. The common Forget-Me-Not does re-seeding itself and even spread if it has a long enough summer to dry out the seed pods. A few varieties are perennial.

What does Forget Me Nots symbolize?

What is the spiritual meaning of Forget Me Nots?

In the Christian faith, the blue flowers are often said to symbolize the blue eyes of the Virgin Mary.

Do Forget Me Nots have a particular fragrance?

This flower has little to no fragrance. 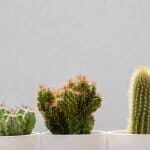 How to Water Cactus (Ultimate Guide to Cactus Care)