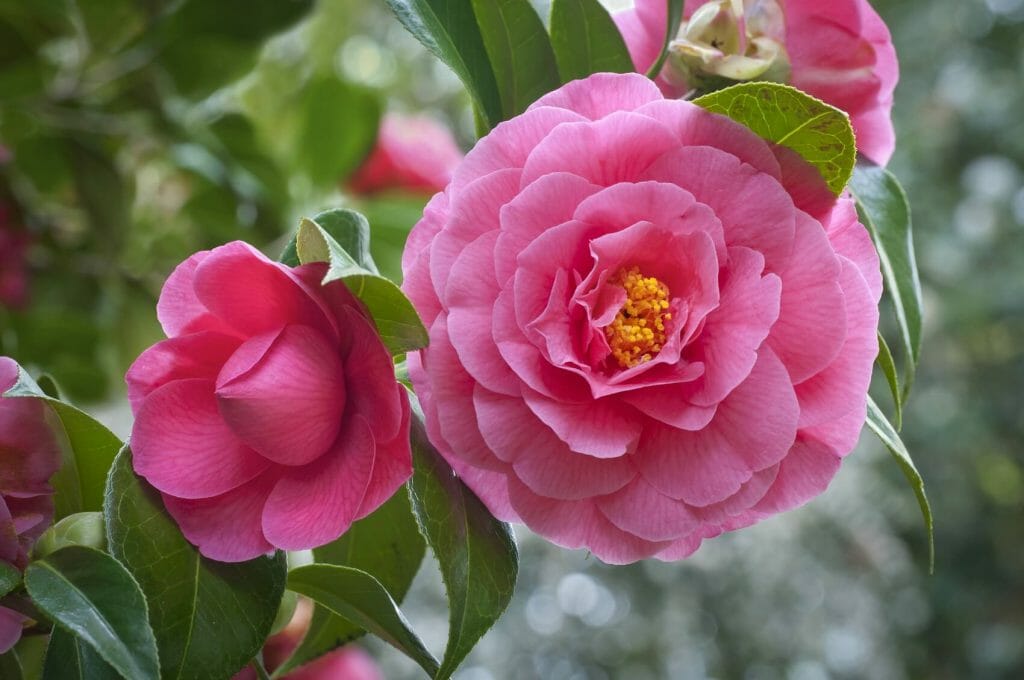 Everything You Need to Know About Camellia Flower Meaning, Symbolism, Uses, Origins, and How to Grow at Home

While most flowering shrubs are at their peak in the summer, Camellia is unique in that it primarily blooms in the late winter and early spring months. They’ve been bred for centuries to extend their natural range so they can be grown in areas too cold for practically any other plant to bloom during this period. Here we’ll take you through everything you need to know about Camellia flower meaning and symbolism, their history and origins, as well as few key pointers on growing and nurturing these beautiful blooms at home.

The Taxonomy of Camellia Flowers

Camellia is technically a genus of nearly 300 different species and thousands of different cultivars. Camellia sasanqua types bloom in the winter, while Camellia japonica starts early in the spring while it’s still cold. As a member of the Ericales order, these shrubs are related to azaleas and tea plants.

Camellia flowers grow on evergreen shrubs, making them a valuable addition to any landscape. The dark green foliage is waxy and generally easy to maintain, while the flowers are large multi-petaled blossoms and many feature strong fragrances.

Camellias are generally limited to pink and red colors, with options ranging from bright white to reds that nearly look black or purple.

Etymology of the Camellia Name

Georg Joseph Kamel was the botanist to first describe the Camellia as he explored the island of Luzon where it is native. Carl Linnaeus named the genus after him when developing the modern form of botanical taxonomy still used today. The name honors his discovery, but it also has a lyrical sound that leads many people to use it as a girl’s name.

First discovered and described by European botanists in their native home of the Philippines, Camellias are also found in Indonesia, Japan, and China.

They’ve been bred and domesticated for hundreds of years across Asia and nearly as long in the West as well.

Some Camellia varieties bloom during the winter and others in the spring, but all of them bloom during cooler weather and are evergreen the rest of the year.

Camellias are attractive to many important pollinators because they’re a productive source of nectar.

Choose open blooms with fewer overlapping petals to encourage hummingbirds and butterflies to visit them.

The plant has no specific toxicity, so it shouldn’t be any risk to curious children or pets.

History and Origins of Camellia Shrubs

Many Camellia varieties have been bred for thousands of years in their native homes of China and Indonesia, including the related tea plant.

Western explorers discovered it in the 1700s and began culturing it in glass greenhouses as early as the 1730s.

Uses and Benefits of Camellia Flowers

Most Camellia varieties are used only for decoration and landscaping, especially Camellia japonica and sasanqua.

Camellia oleifera has a valuable seed oil that is used for cosmetics and in cooking in many Asian cultures. The Camellia sinensis is the tea plant, so it’s widely used across the world as a drink and food source. Camellia flowers themselves are not edible or safe to use for tea.

As with many flower varieties, the intrinsic meaning and symbolism in the language of flowers can often vary dependent on the colors displayed. Whilst camellia flowers have a long symbolic association with romance and devotion, there are subtle differences to be aware of based on their unique color characteristics

This color of Camellia blossoms shows you have adoration and care for someone, but no romantic interest. It’s a good flower to give to a family member or friend that you want to express platonic affection for.

Pink blossoms from this plant express longing, so they’re good for any situation where you miss someone. They can have a romantic or platonic meaning depending on what they’re paired with.

Red Camellia flowers have a passionate and romantic meaning that is hard to miss. They’re a sign of deep desire for someone, making them great to pair with classic red roses.

This plant is native to China, so it’s no surprise it’s considered a sign of romantic love and the devotion between a man and a woman there. This is due to how the flower falls off of the plant without losing its petals. The base and the petals fall together, representing the commitment between two lovers. It’s a very romantic flower in Chinese culture, regardless of the color.

Tsubaki is the Japanese name for Camellia flowers, and it was a sign of an honorable death for the samurai class in the past. Today’s meanings are similar to those in other cultures, with most people exchanging them as symbols of passionate love and devotion to one another. Red Camellias are preferred for this purpose in Japan as in China, with white have a connotation of mourning and death that would be inappropriate for other occasions.

Brazil’s abolitionist movement used the Camellia as a symbol of their fight against slavery during the Imperial Era of the country. The plant was widely planted to signal the struggle to secure freedom for enslaved people.

New Zealand and the Camellia Flower

One cultural use of white Camellia flowers in particular was to symbolize the women’s suffrage movement in New Zealand. Due to the temperature but warm climate, the plant flourishes there and was a perfect symbol of the fight for the vote for women in 1893.

Art and Literature That Mentions Camellias

There are hundreds of works of art that show or mention these fragrant flowers, but some of the best known include:

The Official State Flower of Alabama

The beautiful Camellia flower is also the official state flower of Alabama. It can grow in most of the state’s climate zones, so it’s widely planted as a landscaping addition for its evergreen leaves as much as its showy blossoms.

The Camellia is also commonly seen in tattoos symbolizing love, devotion, or innocent purity, depending on the color used for the illustration.

How To Grow Camellia Flowers at Home

Camellia shrubs can grow in more zones than before due to careful breeding, but they’re still limited to USDA zones 5 to 9. They can’t handle the hot summers of 10 and above and freeze in 4 and below. With their large growth habits and spreading shape, they’ll need to be placed in their own beds or dotted across the landscape to shine.

Camellia shrubs prefer full sun to partial shade, with the C. sasanqua handling the most sun. They should be planted in the fall to give them time to establish themselves.

Allow Plenty of Spacing for Camella Plants to Grow

Give each plant 10 feet or more across for space to grow.

Water them weekly during the first few months after planting, then ease back to monthly watering only through the summer.

Feed the plant each early spring with a fertilizer for azaleas and rhododendrons.

Cut the flowers off as soon as they dry up and shrivel to encourage the shrub to bloom as much as possible and for the longest period each year. Staying on top of deadheading can make a plant bloom for months instead of weeks, especially if the temperatures are right.

Due to their connection with romantic love and devotion, Camellia flowers are ideal for gifting on Valentine’s Day, wedding anniversaries, and the birthday of a spouse or partner.

Pink Camellias can be a playful way to indicate a crush or let someone know you miss them even if there are no romantic feelings involved. Since white Camellias are less romantic and more innocent, they’re good gifts for when someone is grieving or is dealing with a breakup. They show you care and want to offer support without sending the wrong message.

Live Camellia shrubs are a neat gift for couples or newlyweds who have just moved in together and can plant them to symbolize their relationship.

The Camellia flower not only makes for a great gift as part of a bouquet, but it’s also a beautiful addition to the landscape.

Looking for a particular stem or in need of some inspiration on the best blooms for a certain occasion? Check out Petal Republic’s expert buying guides to Roses, Lilies, Irises, Tulips, Orchids, Carnations, Gerbera Daisies, Gladiolus, Bluebells, Clovers, Borage, and Peonies.

What month do camellias flower?

Camellia flowers bloom in the later winter and early spring months as the seasons just begin to change.

Where is the best place to plant a camellia?

With their large growth habits and spreading shape, Camellia flowers need to be placed in their own beds or dotted across the landscape to shine. Large containers like whiskey barrels work better for some smaller varieties. Camellia shrubs prefer full sun to partial shade,

What do camellia flowers symbolize?

Camellia flowers are native to China where it’s considered a sign of romantic love and the devotion between a man and a woman.

Are camellia flowers poisonous to humans and animals?

The camellia flower is non-toxic to humans and animals.

How long do camellia flowers last?

A camellia flower typically blooms for between 3 to 5 weeks. 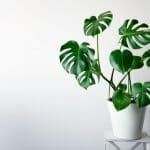 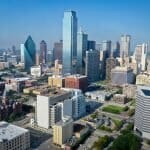 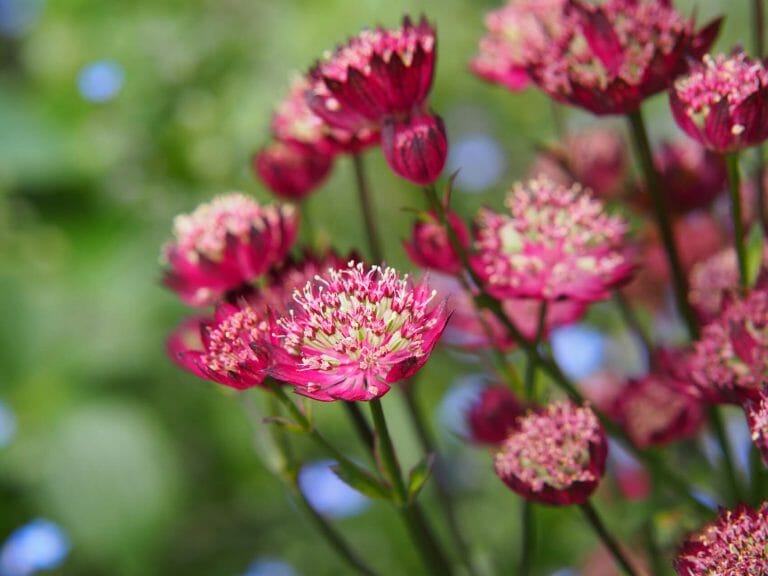 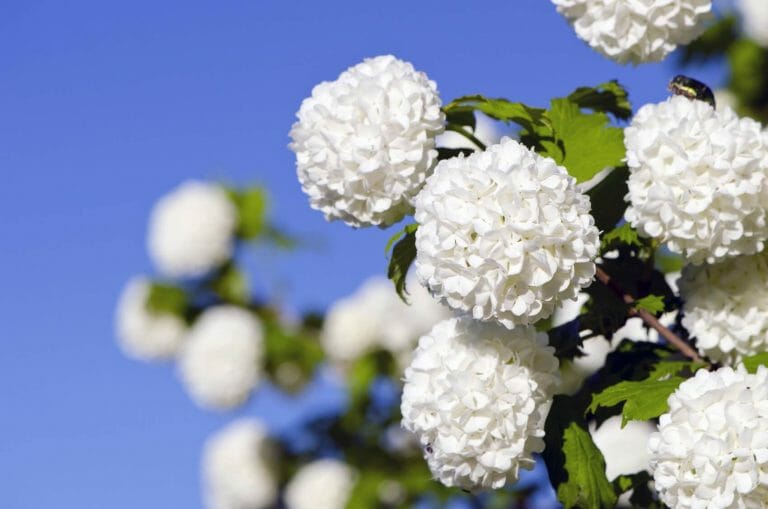 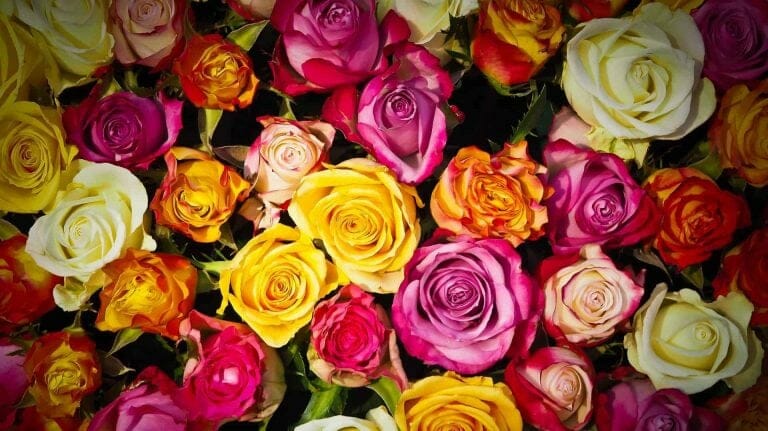 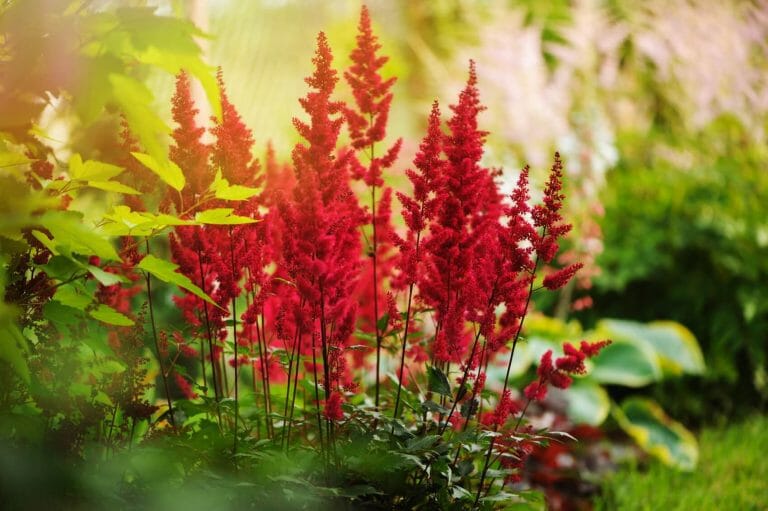 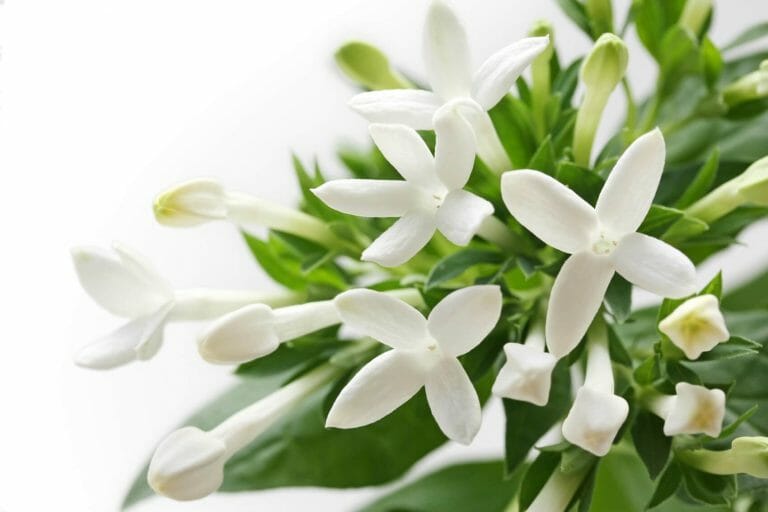 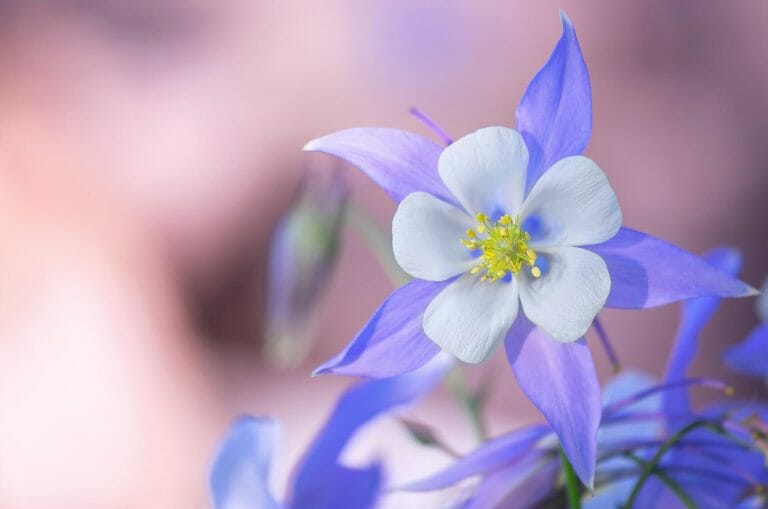 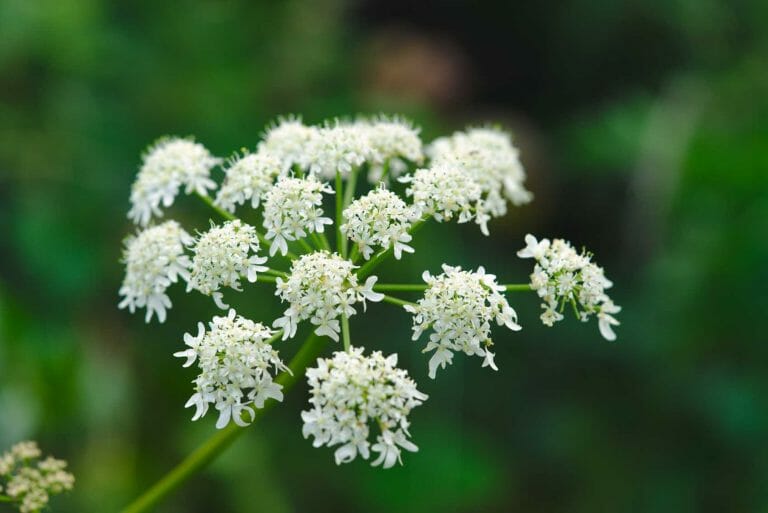 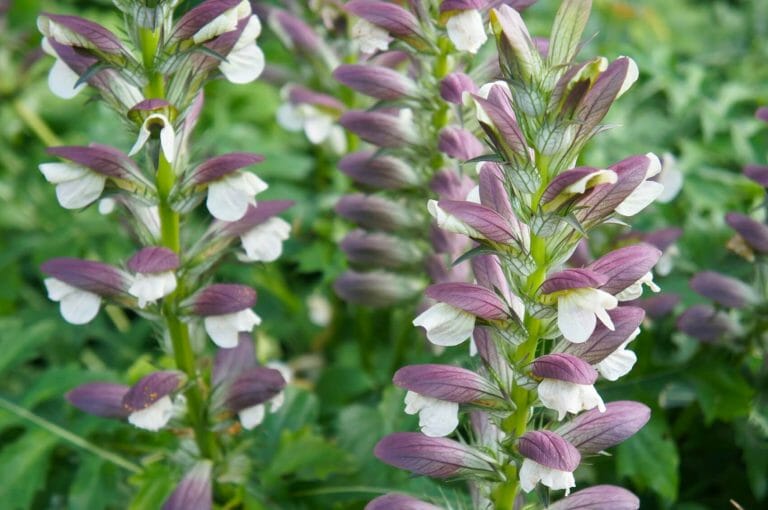 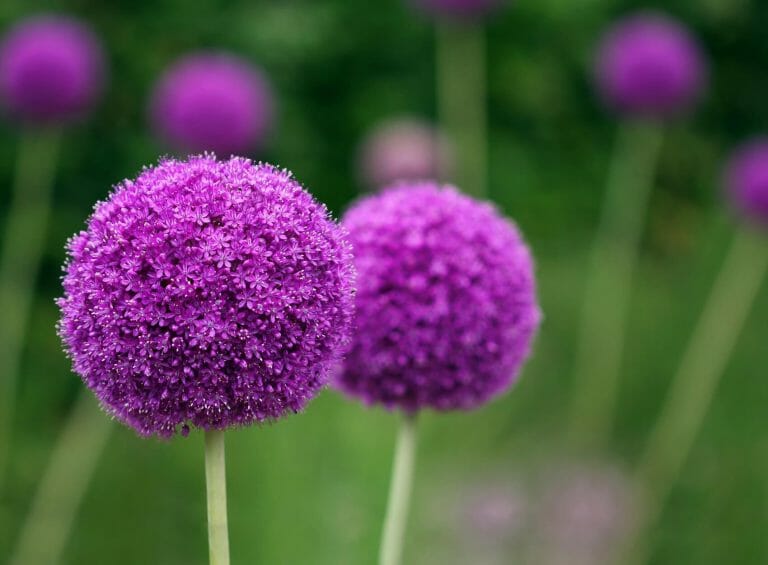 Everything You Need to Know About Allium Flowers

Any cookies that may not be particularly necessary for the website to function and is used specifically to collect user personal data via analytics, ads, other embedded contents are termed as non-necessary cookies. It is mandatory to procure user consent prior to running these cookies on your website.