The Meaning and Symbolism of California Poppies

The Meaning, Symbolism, and Cultural Significance of the California Poppy

California Poppies (Eschscholzia californica) add a warm golden glow to the hills of the state that gives them their name. Yet they’re well-adapted to grow in many dry and warm climates, making them an excellent choice for landscaping. Working California Poppies into a bouquet requires consideration of their symbolic meaning rather than their preferred growing conditions. Learn what this bright flower means and how to use it for decorative and gifting purposes to send the right message.

The Symbolic Meaning of California Poppies – The Essentials

In the Language of Flowers, the California Poppy represents the gold rush in California’s history, and it’s also the state’s official flower. Beyond that, it can symbolize love, success, and good tidings when sent to others.

About The California Poppy

These brightly colored flowers aren’t directly related to all true poppies but rather share common poppy ancestry and a similar growth habit. You may have seen California Poppies in photos from super blooms in the California desert or as a cut flower in bouquets.

The California Poppy’s scientific name is Eschscholzia californica. While it may not have Papaver in its name or belong to that genus as true poppies do, it is part of the larger Papaveraceae family. This makes it more distantly related to the poppies grown for their seeds. Unlike some other types of poppies, this variety can’t be used for making any illicit substances. It’s legal to grow in all 50 states because of this, even if other poppies are regulated or limited for gardening use.

While some poppies come in a wide range of colors, the California Poppy is generally bright orange in color. Only a few other colorful varieties exist through careful breeding. It has a cup shape to the bloom, much like other members of the Papaveraceae family. Each flower will generally sit on top of a tall, wiry stem rising high above the fern-like foliage. Some varieties offer doubled layers of petals for a more dramatic look. There is little fragrance to the flower.

Native to Northern Mexico, Southern California, and Arizona, this bright bloom became California’s official flower as long ago as 1903. Since it’s known as the Golden State, it’s only fitting that the state flower also has a warm golden bloom.

They’re now grown worldwide by people in dry and warm climates, which can be too challenging for other flowering plants. In fact, these plants actually struggle if planted in soil that is too rich in nutrients or supplies moisture. As a tough wildflower adapted to prairie and desert conditions, it’s a valuable part of the ecosystem throughout its native range.

California Poppies earned their common name because of their native range, which stretches beyond California into Arizona and Northern Mexico. They’re also known as Copa de Oro, Cups of Gold, Flame Flowers, and La Amapola. All of those names are derived from their bold orange to gold color.

Uses and Benefits of California Poppy

California Poppy is primarily used as a landscaping flower in dry climates. It’s also sometimes used as a cut flower in bouquets and arrangements as well.

Its use as a herbal supplement is more controversial, but some people believe that it has the potential to help with chronic pain and promote sleep. There are some studies that show it may help with these issues due to a slight sedative effect. It’s often combined with Valerian to increase this effect.

California Poppies are also highly attractive to bees and butterflies. Native tribes used to cook the greens and flower buds and use them as a fresh food source.

The Meaning, Symbolism, and Cultural Significance of California Poppies

California Poppies are native to parts of the US and Mexico, so they only have a recent history of symbolism and meaning assigned to them. However, it’s possible to extrapolate the symbolism linked to orange poppies, in general, to tap into a deeper current of meaning for a bouquet or landscaping plan.

A common myth associated with the California Poppy doesn’t originate from Ancient Greece but rather modern-day law. Many people think that it’s completely illegal to cut this plant down anywhere in California because it’s the state flower. Sometimes the myth extends to the claim that it’s illegal to cut down in Oregon, Nevada, and Arizona as well.

However, this rule only applies to California and only to public areas where the poppy is growing. If it’s blooming on private property and you own it or have permission to cut the plant, it’s perfectly legal to pick. This also includes any California Poppies you grow on purpose on private land or those planted outside of California.

Poppy in Victorian Language of Flowers

While the California Poppy, in particular, wasn’t known by the Victorians, they still assigned the general Papaver family with a distinct meaning in their Language of Flowers.

Due to the soporific effects of the plant, they associated it with calming, sleep, and even death. The California Poppy can carry a milder version of this message since it’s only a relative of the traditional Poppy.

The Poppy is considered the birth flower for August. Since August is also associated with the sign of Leo, it’s not surprising that the bold orange color of the California variety is a good choice for celebrating birthdays in this month. Mix cheerful orange California Poppies with white, red, and lavender varieties for a birth flower arrangement with plenty of variety.

One of the California Poppy’s most dramatic botanical features is how the flowers close up at night. This protects the pollen and prevents cold night-time temperatures from causing the blooms to drop off. It can also send a message of protection, peace, and comfort to someone going through something challenging. Since the orange to yellow color also has a secondary message of cheerfulness, recovery, and good health, it’s an excellent combination for a modern bouquet with a positive message.

California Poppies are some of the first plants to repopulate an area after a wildfire devastates the area. Even if the fire was man-made and burned far hotter than a natural wildfire cycle, these poppies can quickly sprout afterward and help hold damaged soils in place as they recover. The California Poppy is known as a pioneer species in its native range and around the world for its ability to grow in sandy, depleted, rocky, and low-fertility soil as long as it drains rapidly.

The Hanakotoba is the Japanese Language of the Flowers used for arrangements and floral planting. While California Poppies have only become popular in Asia in the last few decades, the larger poppy family has been known for centuries in Japan. Poppies have a general meaning of sleep, imagination, and wealth for yellow or gold varieties in particular. They are also sometimes used to represent devotion and undying love, therefore making them popular for modern wedding ceremonies.

The California Poppy is a mood-boosting and cheerful flower that can symbolize wealth, good health, and success. It’s great for including in arrangements you send for engagements, recovery from illness, a promotion at work, or the arrival of a new baby. The cup shape is considered hopeful and uplifting, making it a good choice for any positive floral arrangement that you want to have an upbeat note.

What do California Poppy flowers symbolize?

This flower carries several meanings, depending on the culture. In Japan, it’s a romantic symbol or one of wealth and success. In California, it’s often associated with wealth as well as a visual reminder of the gold rush that occurred in the 1800s.

Poppies, in general, are often used to symbolize love and devotion to a partner due to their propensity to close up at night. The California Poppy can symbolize friendship and familial love as well.

Do California Poppies come back every year?

If the winter in the area is mild and doesn’t freeze hard more than briefly over the winter, the California Poppies should return year after year.

The flowers are fragile and tend to fall apart within 12 hours to two days after cutting.

It’s considered safe for most people to take as an herbal supplement, but avoid eating the fresh flowers or leaves.

The California Poppy is a popular wildflower beyond just its native range now. Consider this flower if you’re looking for a golden bloom to add substance to your landscape or to fill out a bouquet. It can be a symbol of love, wealth, success, and much more. 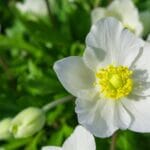 How to Water Anemones (Essential Guide) 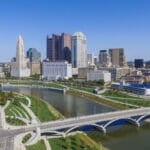