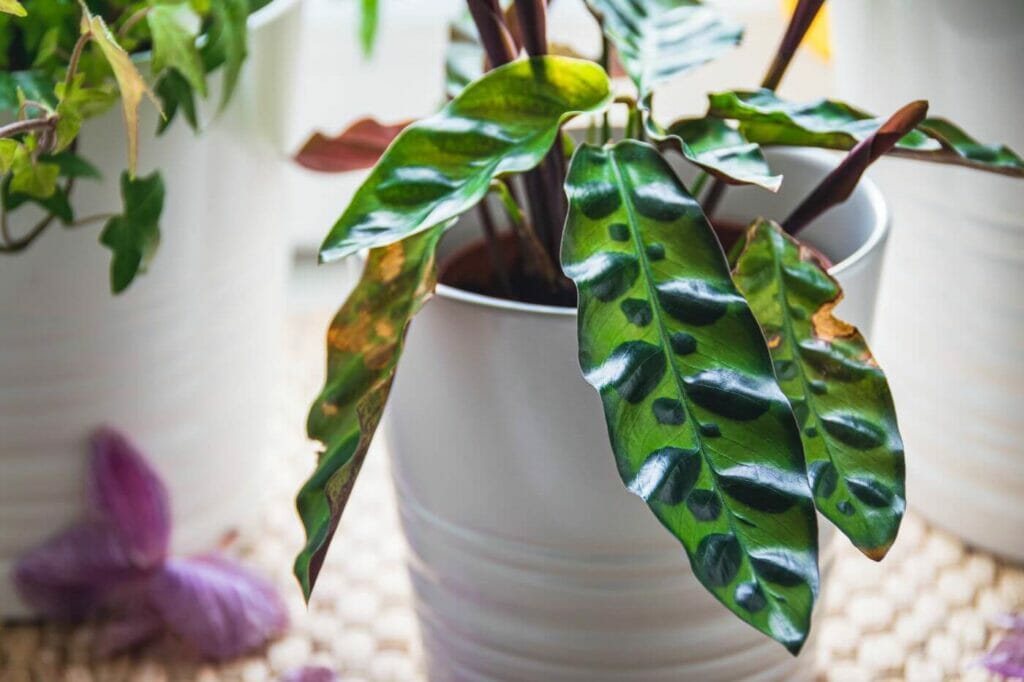 In this guide, we will cover the most common reasons that cause a drooping Calathea plant at home. While these beautiful plants are generally easy to care for, providing your Calathea plant with appropriate soil, light, temperature, and watering cycles is vital for optimal plant health and vitality.

Reasons Your Calathea Plant is Drooping – The Essentials

Most Calathea drooping problems are due to water issues. The problem can be too little or too much water, and only feeling the soil will tell you. Other less common problems that cause wilting include diseases, cold temperatures, and a lack of fertilizer.

Whether you want to call it drooping, wilting, going limp, or lacking in luster, the results are basically the same. A drooping Calathea could have many potential causes. Taking some time to narrow down the exact cause of the problem is essential to reversing it and restoring the beauty of the houseplant.

Perhaps the most common cause of wilting or drooping in this planting, underwatering is easy to do. Calathea plants need a lot of water to keep the soil slightly damp at all times. It’s easy for the soil to dry out unevenly and leave some roots dry and shocked while the surface still feels somewhat moist. Make sure to insert a finger at least an inch or two deep into the soil to truly feel how wet it is down where the roots begin. Inconsistent watering can lead to drooping that disappears shortly after watering.

It might be frustrating, but giving any type of Calathea plant too much water also leads to wilting and drooping. This can be especially tricky if you’re watering more due to wilting only to see the leaves drooping farther than ever. Let the plant dry out if it’s saturated and continues to look soft and sad.

You may need to remove the plant from its current container if there is any chance water is trapped around the roots. Changing to a looser, better draining potting mix may help as well and be particularly considerate of watering cycles for recently propagated calathea plants.

Calathea plants don’t generally wilt in response to a lack of nutrients in the soil. However, they can get droopy over time and lose vigor overall. This may cause them to look wilted even though the leaves and stems don’t feel particularly soft or limp.

Try fertilizing if your calathea plant seems well-watered and glossy but has a drooping look to new foliage. A light dose of a 3-3-3 fertilizer should help the new growth perk up and grow straighter.

A lack of drainage in the soil or pot of the Calathea leads to long-term drooping. While these plants like moist soil, they can’t handle actual standing water around the roots.

Lift the root ball up and out of the pot to look for standing water around the bottom of the container. If the soil mix seems compacted instead, it can cause wilted because water can’t soak through to the roots. Try replacing the container or soil mix as needed.

When a Calathea fills up the entire bottom of its pot or container, it’s considered rootbound.

Rootbound plants will wilt rapidly when they use up any water in the soil at the very bottom. Watering them to restore their vitality will only lead to root rot as the interior roots become overwhelmed by the moisture. You may notice roots poking out of the drainage holes at the bottom of the pot or a firm feeling to a thin plastic pot.

Repot the Calathea in a container ½ larger than the root ball to help it stop wilting so rapidly.

Excess watering over long periods leads to root rot. A Calathea with this problem will wilt and refuse to recover when watered or left alone to dry out.

If you suspect root rot, lift the plant from its container and examine the root ball. You may need to gently brush off some soil to see the roots. Dark, discolored, and mushy roots indicate rot.

Try trimming off damaged root material and repotting in a better draining soil mix and a container that can’t trap any water.

Most homes are only kept around 50% to 40% ambient humidity, which is far too dry for this plant and can cause wilting.

A direct cold draft blowing at a Calathea can also temporarily cause it to wilt. Watch out for air conditioning vents and windows opened to let in a breeze.

These plants don’t need to stay hot like some very delicate orchids, but they generally need warmth. Avoid locating a Calathea right next to a door or window, especially in the winter.

Calathea isn’t a plant that needs a lot of light, but it can droop and appear wilted if exposed to bright and direct sunlight.

Even bright bulbs can overwhelm the plant’s preference for indirect and dim light. This problem will be accompanied by fading color and a loss of pattern on the leaves as well, which isn’t likely with water problems.

Try adjusting how much light the plant gets to see if it springs back and regains its usual color.

As a Calathea plant gets older and reaches its mature size, it may look slightly droopier than it did as a young plant. This is due to the height, size, and weight of individual leaves pulling on the stems.

As long as the leaves and stems are firm and don’t seem to be soft or weak, it’s not a problem for an older plant to look slightly wilted.

If only a few leaves suddenly wilt, the problem is likely a fungal infection or pests attacking the afflicted parts. Mealybugs, aphids, thrips, and spider mites can all suck the juices from calathea plant leaves and stems to cause sudden wilting in just a few areas at a time.

Try looking on the underside of leaves for signs of insects and around the base of stems for sunken or darkened areas that indicate fungi.

How to Fix a Drooping Calathea Plant

For optimal Calathea plant health, you’ll want to locate your plant in a warm spot in your home that receives plenty of bright, indirect light throughout the majority of the day.

Calathea plants also love humidity to stay lush and vibrant so consider location near to an in-room humidifier if you live in a particularly dry climate.

Keeping them away from drafts, direct light, cold temperatures, and uneven watering can prevent wilting and drooping all year round.

Treat Calathea with care to prevent wilting and drooping that can be hard to recover from. Most wilted Calathea plants just need more water but check the soil first to make sure it’s not a problem of too much moisture instead. 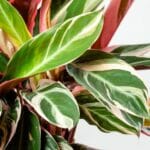 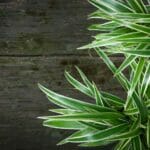 Common Spider Plant Pests (and How to Deal With Them)