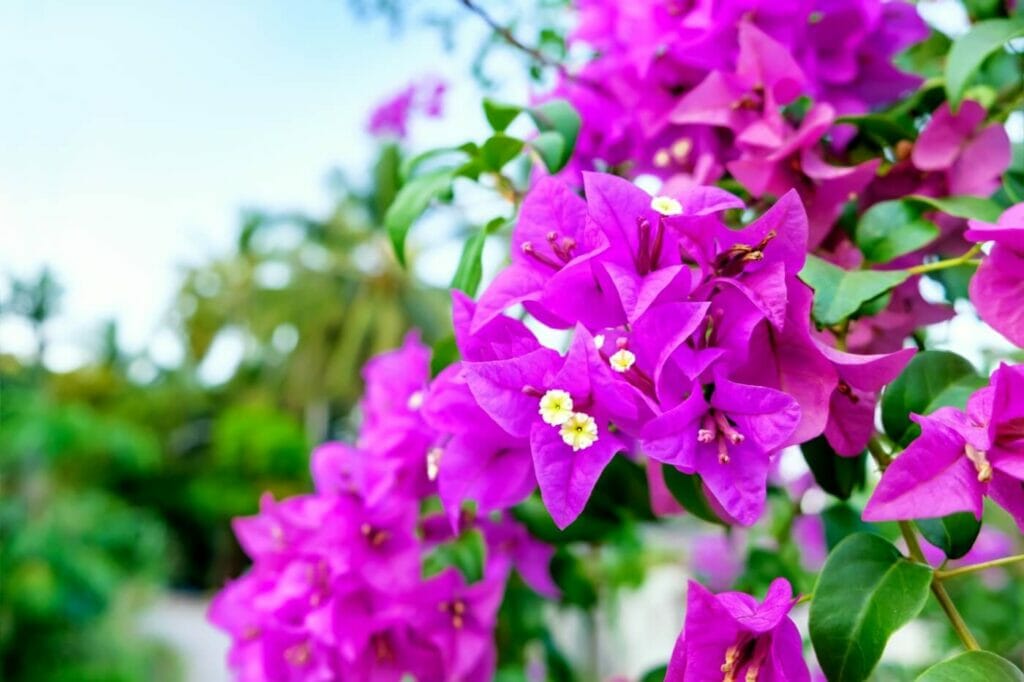 Bougainvillea Flower Meaning, Symbolism, and Cultural Significance Around the World

Bougainvillea flowers have long been prized for their stunning inflorescences, which are colorful, paper-like bracts surrounding tiny white flowers. Also known as paper flowers, in warm climates, these thorny, evergreen vines grace the landscape with long-lasting blooms in a wide range of hues. Drought- and sun-tolerant, these tough plants also have many medicinal uses. Here we’ll take you through everything you need to know about bougainvillea flower symbolism and meaning, their history and origins, uses and benefits, and cultural significance around the world today.

The stunning bougainvillea flower carries the symbolic meaning of passion and beauty. This evergreen vine’s “blooms” — actually brightly colored bracts — grow in stunning shades of red, pink, and more. When given as a gift, it’s easy to see why the language of flowers uses bougainvillea as a symbol of passionate attraction.

Bougainvillea, also known as paper flowers, belongs to the Bougainvillea genus. Part of the Nyctaginaceae or “four o’clock” family, there are up to 18 recognized species in the genus.

Native to South America, the history of the European “discovery” of bougainvillea is steeped in drama. In the late 1700s, Admiral Louis Antoine de Bougainville was circumnavigating the globe with his official botanist, Philibert Commerson.

Unknown to the rest of the crew, Commerson’s assistant, a (female) herbalist named Jeanne Baret, was also on board. At that time, women weren’t allowed on explorations. Baret disguised herself as a man and credited her many botanical discoveries to Commerson.

Baret brought a bougainvillea plant to the ship, after finding it growing in the mountains around Rio de Janeiro, Brazil. Sometime after, the crew discovered Baret’s true identity and her life was in danger. In order to gain Admiral de Bougainville’s protection, Commerson agreed to name the plant after him.

Over time, the bougainvillea spread across the world. Today, this thorny flowering plant grows in warm climates from the Philippines to China, Portugal to the U.S, India to Australia, and more.

The most common bougainvillea species grown as ornamentals, B. spectabilis and B. glabra, are perennial, shrubby vines. Evergreen in warm climates, this woody climber supports itself with thorns and quasi-twining stems.

A broadleaf evergreen, bougainvillea can grow up to 40 feet tall and wide if provided with support. Foliage is green and leathery.

The plants also produce bracts or modified leaves that are papery and brightly colored. The bracts surround the plant’s flowers, which are tiny, white, and grow in clusters of three with a bract underneath.

Bracts grow in a range of colors, including red, pink, white, purple, and orange. Neither bracts nor flowers have a fragrance.

B. spectabilis and B. glabra are two bougainvillea species commonly grown in the landscape. There are more than 250 varieties available.

What regions are Bougainvillea Flowers Native to?

Bougainvillea is native to eastern regions of South America, including parts of Brazil, Peru, and Argentina. Today, they grow across tropical and warm regions of the world.

When are Bougainvillea Flowers in Season?

Uses and Benefits of Bougainvillea Flowers

Bougainvillea has long been prized for its medicinal benefits. In traditional medicine across regions where bougainvillea grows, the plants are utilized to treat a number of ailments, such as fever, cough, and sore throat. In some regions, bougainvillea is used to treat stomach aches, inflammation and as an antiseptic. It’s also been used to treat diabetes, high blood pressure, and high cholesterol.

Research shows that bougainvillea contains beneficial compounds, including flavonoids and saponins. It also contains pinitol, which offers promise as a treatment for diabetes.

Bougainvillea plants’ medicinal properties may include:

Bougainvillea has culinary uses, as well. In Thailand, bracts are eaten raw in salads and fried.

While bougainvillea plants are not listed as toxic to pets or children, the sap contains a mild skin irritant. Bougainvillea thorns may cause an allergic reaction in the skin.

The plants’ bright bracts attract pollinators to the garden. These may include bees, butterflies, and moths.

Bougainvillea produces bracts in a range of colors, from hot pink, red and orange to purple, white, and yellow. In the language of flowers, bougainvillea stands for passion. To the Victorians, a gift of bougainvillea was meant to ignite passion.

In other parts of the world, bougainvillea flowers stand for welcoming visitors, peace, and free trade.

The Cultural Significance of Bougainvillea Flowers

Bougainvillea has long graced tropical gardens around the world. After these South American natives began to be exported, their popularity in warm regions has only grown.

In Hawaii, bougainvillea is sometimes used in leis to welcome visitors. In some parts of Africa, dried bougainvillea bracts are used as confetti. And in the Himalayas, bougainvillea vines are grown as living fences and used to pen livestock.

In California, the plant gained popularity as a landscape ornamental in the late 1800s. There, it was often grown on historic Spanish mission buildings and in public parks and featured prominently at the early 1900s Spanish-Panama Exposition. Vintage postcards from this era often feature bright bougainvillea.

The brilliant colors of bougainvillea light up any bouquet, arrangement, or floral gift. In the language of flowers, bougainvillea symbolizes passion, so they’re a great addition to a bouquet for a loved one or that special date night.

Bougainvillea lights up any landscape or floral gift with its stunning, colorful bracts. These paper-thin petals come in a stunning array of colors, from red and pink to orange, white, yellow, and purple. Perfect for hot, dry locations, bougainvillea is woody, thorny climbers that quickly fill the landscape with color and texture. In the language of flowers, these South American natives stand for passion.

Bougainvillea flowers were considered a symbol of passion to the Victorians. In other cultures, they symbolize welcome, peace, and the promotion of free trade.

Bougainvillea flowers are tiny, white, and nondescript, but they’re surrounded by brilliant, papery bracts that look like flowers. These bracts grow in a range of colors, including red, pink, orange, yellow, purple, and white.

How many times a year does a bougainvillea bloom?

In hot climates, bougainvillea can bloom periodically throughout the year. Usually, they bloom in spring, summer, or fall.

How long does a bougainvillea bloom?

Most bougainvillea bloom for a long time. Expect to see colorful bracts for four to six weeks at a time.

Where does bougainvillea grow best?

Bougainvillea grows best in sites with dry soil and lots of sun. They thrive in tropical and warm climates, and in USDA hardiness zones 9b to 11a. 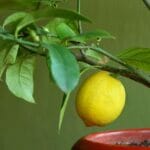 When and How to Water Indoor Citrus Trees 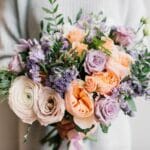