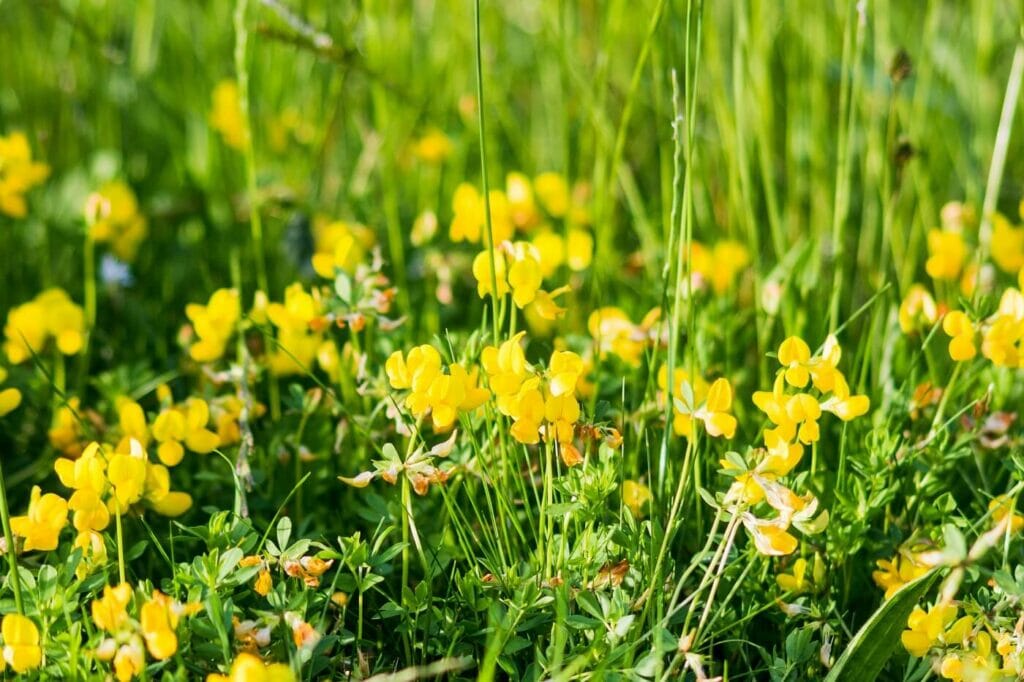 Everything You Need to Know About Bird’s-Foot Trefoil Flowers

The bird’s-foot trefoil is a plant with yellow flowers that often grows wild in meadows and pastures. Also known as Lotus corniculatus, this hardy plant is similar in appearance to clover and frequently used to feed cows and other livestock. Keep reading to discover the uses of bird’s-foot trefoil, along with symbolism, benefits, and more. Whether you’re using it for ground cover, attracting pollinators, or adding a touch of color to your garden, we’ll share everything you need to know about this low-growing perennial plant.

The bird’s-foot trefoil, or Lotus corniculatus, is an herbaceous perennial with bright yellow flowers that take on a deeper, orange coloring with age. Despite its cheerful appearance, the bird’s-foot trefoil symbolizes a warning of revenge in the Victorian language of flowers.

Before discovering how to sow and tend to the bird’s-foot trefoil, there are plenty of interesting facts to learn about this flowering plant. Let’s dig into everything from its origins and scientific classifications to the best conditions for optimal growth.

Scientific Classification of the Bird’s-Foot Trefoil

The bird’s-foot trefoil is a flowering plant that belongs to the Fabaceae family, or the pea family. Its genus is Lotus, which gives it the scientific name Lotus corniculatus.

Through the years, this plant’s unique botanical characteristics have gained it a few interesting names. Its clustered shape resembles a bird’s foot, while one of its most peculiar nicknames, eggs, and bacon, comes from its vibrant yellow and dark orange flowers. Despite the plant’s bold visual characteristics, its flowers often have no scent.

The Bird’s-Foot Trefoil was first discovered in the grasslands of Europe, Asia, and North Africa. However, it has since been introduced in other parts of the world and commonly grows around the UK. The plant is sometimes considered an invasive species, especially in North America and Australia, due to its creeping, weed-like characteristics.

Despite its reputation as an invasive plant, the bird’s-foot trefoil is a popular choice for quick ground cover, attracting bees and hummingbirds, and providing non-bloating forage for livestock. Aside from the standard variety, there are two subspecies of note: the Lotus callunetorum and the Lotus ambiguus. There are also cultivars developed to grow taller than usual to ensure easier grazing for livestock.

Simply put, this plant’s etymological meaning stems directly from its appearance. Its clustered seed pods and stalk resemble the shape of a bird’s foot, and its three prominent leaflets earned it the name trefoil. The word trefoil comes from the Old French trefueil, which means clover or clover leaf. Alternative names for the plant include:

What Regions Are Bird’s-Foot Trefoil Flowers Native To?

This cheerful perennial is native to Europe and Asia primarily. However, today, you’ll find the bird’s-foot trefoil all over the UK, from roadsides to pastures and meadows throughout the country. It is also common to see its yellow flowers peppering fields in the United States.

When Is Bird’s-Foot Trefoil in Season?

Since the bird’s-foot trefoil is a perennial plant, it endures throughout the year. However, it tends to flower in the warmer months of May through September.

While the bird’s-foot trefoil is most commonly used as forage for cows, the plant has had other uses throughout history. In fact, herbalists in the Sannio region of Italy traditionally diluted the flowers to create a remedy for sleep troubles, anxiety, and a lack of energy.

Bird’s-foot trefoil is occasionally grown as an ornamental plant in the garden. However, it is primarily utilized for its ability to attract pollinators like bees and hummingbirds, as well as a range of animals from deer to turkeys and rabbits. It has a non-bloating quality for livestock, which is why it makes such a popular forage crop. It is also often grown on roadsides to reduce the effects of erosion or as part of a wildflower mix.

The common bird’s-foot trefoil flower is a bright, sunny yellow that takes on a tinge of deep orange over time.

The most prominent example of the bird’s-foot trefoil’s cultural significance is its representation as a symbol of revenge in the Victorian language of flowers or floriography. This language allowed people to communicate emotions and messages through floral arrangements, and bird’s-foot trefoil was one of the few plants to represent a negative emotion.

The Cultural Significance of Bird’s-Foot Trefoil

Aside from its sinister meaning in the language of flowers, the bird’s-foot trefoil does not have many commonly known myths or folklore attached to it. Its origins date back to Europe, Asia, and North Africa, and it grew in popularity for its ability to endure difficult conditions, mitigate erosion, and attract bumblebees and other pollinators.

Due to its primarily functional use, the bird’s-foot trefoil does not have a significant history in religion, art, or literature. However, a bit of digging reveals a few notable examples, like the Bird’s Foot Trefoil Flower Fairy written and illustrated in the children’s book Flower Fairies of the Summer by Cicely Mary Barker, which came out in 1925.

The bird’s-foot trefoil flower is not commonly given as a gift as it mainly grows outdoors as a wildflower or livestock feed. However, you could give the seeds as a gift to a gardener or rancher looking for quick, hardy ground cover.

Bird’s foot trefoil is an easy plant to grow due to its robust nature and ability to survive everything from livestock trampling to infertile soil conditions. You can plant this species in fields for quick spreading ground cover or in the garden as an ornamental plant.

However, this plant is not a common choice for hanging beds or gardens due to its rapid growth and creeping nature. Gardeners should be careful when adding bird’s-foot trefoil in with other plants, as it can outcompete and prevent other species from thriving. Here are a few key facts to know if you decide to grow bird’s-foot trefoil.

How to Propagate Bird’s-Foot Trefoil

Here are a few quick tips for propagating your bird’s-foot trefoil plants.

Bird’s-foot trefoil is an excellent choice whether you’re attracting pollinators, feeding livestock, or simply adding a touch of color to your garden. As long as you contain its growth, you can enjoy the many benefits of this perennial species through the passing seasons and beyond.

Yes, bird’s-foot trefoil is often considered invasive, especially in North America and Australia. It has a weed-like ability to outcompete other native species in certain natural environments.

Where Does Birdfoot Trefoil Grow Natively?

The bird’s-foot trefoil grows natively in parts of Europe, Asia, and North Africa.

How Tall Does Bird’s-Foot Trefoil Grow?

Bird’s-foot trefoil is a creeping, low-growing plant that can reach around 60 centimeters or two feet tall.

No. While crushed bird’s-foot trefoil releases trace amounts of hydrogen cyanide, the quantity is too low to be considered poisonous to humans.

What Does Bird’s-Foot Trefoil Symbolize?

In the Victorian language of flowers, bird’s-foot trefoil is known to symbolize revenge. 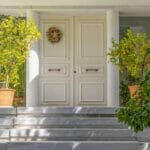 The Best Feng Shui Plants for the Front Door 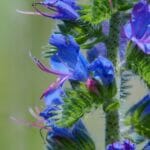