Everything You Need to Know About Peperomia Obtusifolia Plants and Soil!

The baby rubberplant (Peperomia obtusifolia) is a cheerful houseplant with thick, rounded leaves. It’s easy to care for at home, as long as you meet its needs. One of these needs is a soil mix that holds some moisture yet allows excess water to escape. Read on to learn more about how to select the best soil mix for your Peperomia Obtusifolia (Baby Rubberplant).

The Best Soil Mix for Peperomia Obtusifolia – The Essentials

Baby rubberplants prefer a loose, well-draining soil mix with moderate water-holding capacities. The soil should have a pH between 5.5 and 7.0. A mix made from two parts peats moss, one part perlite, and one part compost will work well for baby rubberplants.

While you may think all soil is the same, this isn’t the case. Both naturally-occurring soils and manmade potting soils vary in terms of physical, chemical, and biological composition.

All types of soil provide numerous benefits to plants. However, plants may not experience these benefits if they’re planting in the wrong type of soil.

Naturally occurring soil is classified based on its physical composition. Soil is composed of three inorganic particles (sand, silt, and clay) as well as organic matter.

Sandy soils are well-draining, but they don’t hold much water or nutrients.

Loamy soils are composed of relatively equal amounts of sand, silt, and clay. Therefore, they have a good balance of moisture retention and drainage.

Clay soils are composed of small particles that easily pack together. They hold water and nutrients well, but they often drain poorly.

Soils rich in organic matter have a mixture of water holding and drainage. They are also often rich in nutrients.

What Are the Primary Components Used in a Potting Mix?

Most potting mixes aren’t made from soil removed from the outdoors. Instead, they’re composed of various organic and inorganic materials. The following materials are often used in potting mixes.

The biggest concern with baby rubber plant soil is that it doesn’t drain well enough. If your soil is too high in clay or organic matter, excess water will have trouble draining. Therefore, your plant’s roots will end up sitting in moist soil.

Over time, this can lead to a fungal condition known as root rot. As plant roots become slimy and rotted, they are unable to properly take up water and nutrients. This can lead to wilted and/or discolored plants.

Another thing to look out for with Peperomia obtusifolia soil is compaction. Compaction is more common if your mix is low in larger particles such as sand, perlite, and pine bark fines.

If soil is compacted, plants will be unable to exchange gasses and transport water and nutrients. This can result in stunted and discolored plants.

If soil contains too much sand and/or perlite, it will not be able to hold much water. Therefore, plants may become wilted.

The Importance of Well-Draining Potting Soil for Peperomia obtusifolia

Thanks to their thick, fleshy leaves, baby rubber plants can retain a good amount of moisture. This means they can withstand a few days of dry soil. However, they can not tolerate consistently moist soil.

If soils don’t drain excess water, plant roots can drown or rot. Both of these will cause issues with water and nutrient uptake.

You should also make sure to use a pot with drainage holes.

What Soil pH Levels Are Best for Peperomia obtusifolia?

Most types of peperomia plants prefer neutral or slightly acidic soil. Look for a soil mix with a pH between 5.5 and 7.0.

A great baby rubber plant potting mix will hold moisture for a few days but allow excess water to escape. It should also hold nutrients while also allowing for good aeration and gas exchange.

Make sure to thoroughly combine the components before adding the mix to a pot.

If you’re looking to buy premixed potting soil rather than making your own, you’re in luck. The following products will work well for baby rubber plants.

(Editors Note: Petal Republic participates in partnership programs with Amazon and other merchants to help connect readers with relevant products and services we may recommend).

How Often Should I Switch Soil for My Peperomia obtusifolia?

If you see signs of root rot or soil-borne disease, you should switch your soil immediately.

Can I Use Cactus Soil for Peperomia obtusifolia?

While cactus soil may be okay for baby rubber plants, it isn’t ideal. If you want to use cactus soil, mix one-part soil with one part peat moss or coco coir.

Peperomia obtusifolia doesn’t like wet or dry soils. Rather, they prefer slightly moist soil. A good practice is to water your plants when the top inch of soil is dry.

What are the Primary Considerations for Soil When Repotting Peperomia obtusifolia?

When you repot your baby rubber plant, you’ll want to swap out the old soil for new soil. Make sure to choose a well-draining potting mix and avoid compacting the soil.

Does the Size of the Plant Affect the Soil Mix for Peperomia obtusifolia?

No, the size of your plant does not affect the soil mix. All sizes of plants prefer similar potting soils.

Does the Potting Container Influence the Type of Soil Mix for Peperomia obtusifolia?

A pot’s size and the material do not impact the type of soil you should choose. However, soil in terra cotta pots might dry out quicker than soil in ceramic or plastic pots.

No, Peperomia obtusifolia does not require deep containers. Their short roots are happy in medium to shallow pots.

Now that you know about the proper soil mix for the Peperomia obtusifolia plant, you can give your plant a good place to root. Remember to choose a well-draining and well-aerated mix that holds a bit of water.

For more, see our guide to the best plant shops shipping Peperomia obtusifolia plants nationwide throughout the United States. 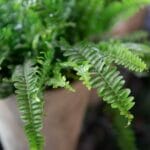 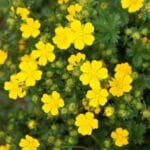 10 Popular Types of Ivy to Grow at Home

When and How to Water Ti Plants (Cordyline fruticosa)

How Long Do Nerve Plants Live For?