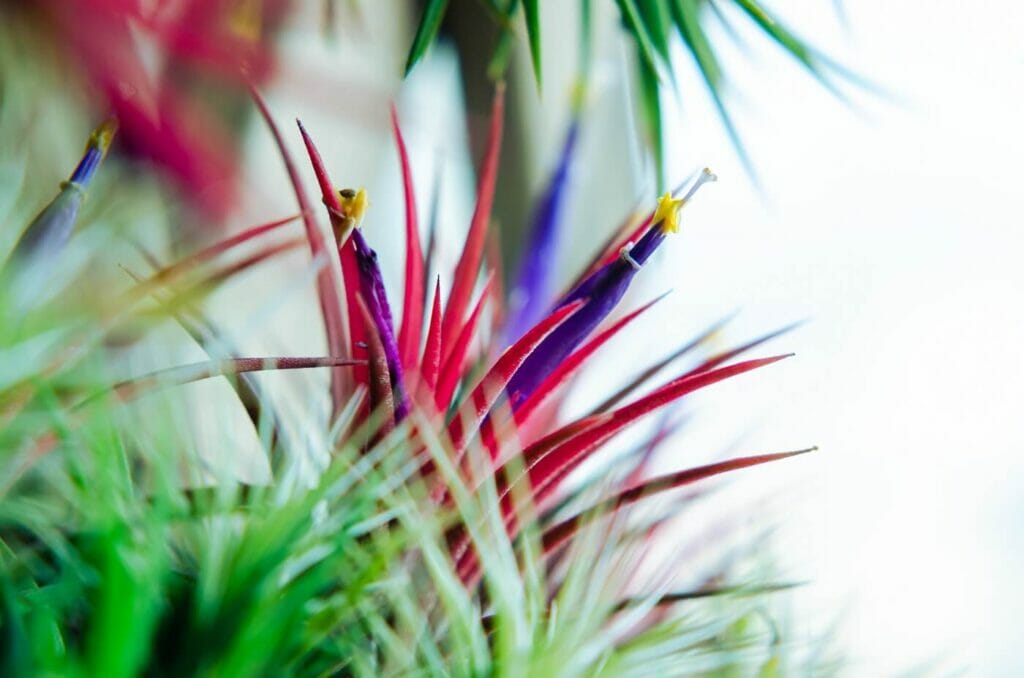 Everything You Need to Know About Bromeliad Plant Soil Requirements

When planting a bromeliad, you might find yourself overwhelmed by the number of choices when it comes time to select a potting mix or even create your own potting mix at home. Choosing the right bromeliad soil mix can make or break your bromeliad plant’s health, so it’s essential to select one that will meet the needs of your species of bromeliad. Join us as we help you choose the best soil mix for your beloved Bromeliad plants.

The Best Soil Mix for Bromeliad Plants — The Essentials

The Role Soil Plays in Plant Health and Growth

Except for air plants (bromeliad genus Tillandsia), potting soil comprises the bottom half of most bromeliad plants’ artificial environments. It provides nutrients, holds moisture, and supports a plant’s root system helping to keep the plant in an upright position.

Why Using the Correct Type of Soil Is Important

There are countless varieties of potting soil and potting mixes available to purchase and endless possibilities when mixing your own. However, you must select the right type of soil for your bromeliad plant because:

Choosing the wrong potting mix will negatively impact your plant’s health and growth.

Root and stem rot the two most common soil-related problems for bromeliad plants. Having too much moisture in your plant’s potting mix will lead to bacterial growth, rotting a bromeliad plant’s root system and its stem.

Signs of root and/or stem rot include:

Although these problems can be caused by overwatering plants, they can also be a result of your potting mix not draining well and holding too much moisture.

The Importance of Well-Draining Potting Soil for Bromeliad Plants

All three types of bromeliad plants (saxicolous, epiphytic, and terrestrial) are highly sensitive to the amount of moisture around their roots and susceptible to root rot. As a result, bromeliad plants must have a well-draining potting soil that will keep your bromeliad’s roots pleasantly humid but never soggy.

Bromeliad plants can range from a couple of inches tall to a few feet tall. Consider the size of your plant before selecting a potting mix.

The potting mix you select for your plant will anchor the bromeliad’s root system and support the plant’s structure. The taller your bromeliad plant is or will be at maturity, the heavier your potting mix should be. Choosing too light of a potting mix could result in your plant toppling over and breaking.

The level of humidity in your plant’s indoor environment will also affect the type of potting mix you choose for your bromeliad. If your plant will be in a low-humidity or arid environment, you’ll want to select a potting mix that holds slightly more moisture while still draining easily.

Consider replacing the perlite in your potting mix with bark which will take up some moisture and increase the humidity around your plant without exposing your bromeliad’s roots to excessively soggy moisture.

Three types of bromeliads grow in different locations in their natural environments:

The type of bromeliad plant you’re growing also affects the type of potting mix you choose. You should select or create a potting mix that’s most appropriate for your bromeliad and most closely resembles its natural environment.

Saxicolous and epiphytic bromeliad plants have special cells on their leaves designed to absorb moisture and nutrients. Their potting mix needs are most similar, requiring a well-draining potting mix that doesn’t actually need to contain any soil.

Terrestrial bromeliads take up nutrients and moisture through their root systems and require a potting mix with a slightly higher soil content than their saxicolous and epiphytic counterparts.

Bromeliad plants generally prefer a slightly acidic potting mix with a pH ranging from 5 to 6.

While there are plenty of ready-made, pre-mixed bromeliad potting mix options available to purchase, you can also create your own at home by mixing a few common potting mix ingredients. Making your own is not only less expensive, but it also allows you to tailor the potting mix to your unique plant’s needs.

To create the perfect potting mix for saxicolous bromeliads or epiphytic bromeliads, mix:

When potting an epiphytic bromeliad, you can also use a potting mix that’s formulated for orchids in a pinch. Terrestrial bromeliad plants can also do well potted in a mix formulated for cacti and succulents.

To create the perfect potting mix for terrestrial bromeliads, mix:

What Potting Soil Should You Use When Repotting a Bromeliad Plant?

When repotting a bromeliad, it’s best to use a potting mix that’s very similar to the plant’s current soil mix. Selecting a soil with too different a composition or pH level could shock your plant, stunting its growth and damaging its health.

Have Fun and Enjoy Your Beautiful Bromeliad Plants!

All concerns about proper potting mix aside, when growing bromeliad plants indoors, the most important thing to remember is to have fun and enjoy your plants! Don’t be afraid to experiment with soilless mixes and even mounting – not potting – your epiphytic bromeliads to bark, wood, or rocks.

If you’re looking for your next bromeliad plant to add to your collection, see our guide to the best plant shops delivering bromeliads nationwide.

What Soil pH is Best for Bromeliad Plants?

Can you use cactus soil for Bromeliad plants?

Cacti or succulent soil mixes tend to have similar beneficial characteristics (such as slight acidity and good drainage) which is suitable for Bromeliad plants.

What are the main soil considerations when repotting a Bromeliad plant?

Always switch out your soil when you repot your Bromeliad plants in order to remove any issue with compaction and diseases.

How do you mix Bromeliad soil?

Bromeliad plants do best in a potting mix that holds moisture yet also drains well. Ensure your potting vessel has a drainage system so excess water can disperse during watering cycles. 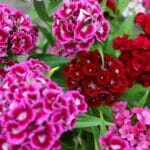 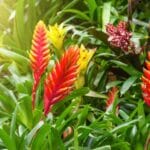