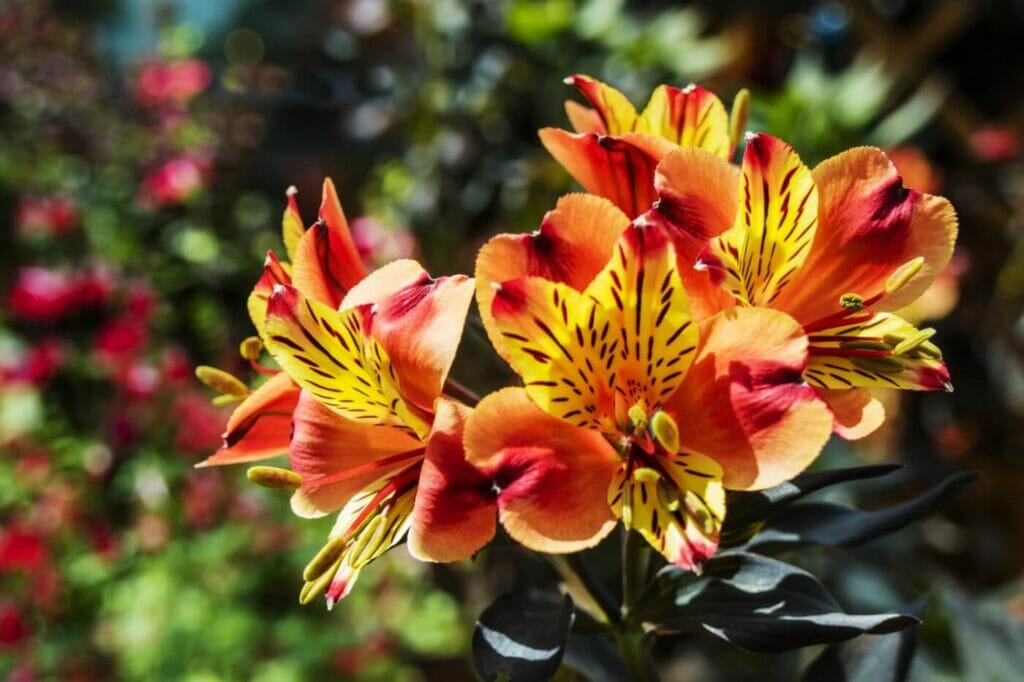 Alstroemeria is an unfamiliar name to many, but most flower lovers would recognize these colorful Peruvian lilies on sight. The bright colors and upward-pointing blooms are perfect for filling out bouquets and arrangements and each color comes with its own meaning to send a truly unique message. Here we’ll take you through everything you need to know about Alstroemeria flower meaning, their history and origins, uses and benefits, and cultural significance around the world.

Alstroemeria is an eye-catching lily that can last a long time after cutting, giving it a common meaning of longevity and good health. It’s also a symbol of romantic love dating back to the Victorian Era, as with other lilies commonly grown then.

Alstroemeria is also known as the Lily of the Incas, Peruvian Lily, or simply Inca Lily. Since their range is limited to arid and sub-tropical regions mostly, they are used more as a cut flower around the world than as a landscaping feature. Yet people in California and many other warm but mild climates around the world can enjoy them as outdoor flowering plants with a little care.

The name Alstroemeria encompasses an entire genus of related lilies. There are a few dozen species currently in the genus. These plants are not “true lilies” as they are not part of the Lilium genus, but they do fall under the same order. Instead, they are part of the smaller Alstroemeriaceae family.

Like many other lilies and similar flowers, these blooms grow from tubers and are perennial. They can reach up to 3 to 4 feet in height. Some varieties have one bloom per stem, while others form umbels of multiple blooms.

Nearly 200 different hybrids and cultivars have been bred from the base species in the genus, and they’re available in almost every color except for blue. They can hold up to 14 days in water before wilting and have no particular fragrance.

Baron Von Alströmer was exploring the Incas in Peru in the 1700s when he discovered the Alstroemeria lilies and introduced them to Europe. They took off quickly since they were well-adapted to the hothouse culture already available at the time. Prior to their introduction to Europe, they were only grown wild and rarely cultivated.

With over 200 cultivars bred from the various species of the genus, there are so many options for growing or buying Alstroemeria blooms. One of the most common species is Alstroemeria pelegrina, but there are many more to choose from.

‘Azula’ is popular for its true purple blooms and tall growth, while ‘Princess Felicia’ is a rare yellow variety that doesn’t have other colors streaked on the petals.

Alstroemeria may sound like a mystical or ancient name, but Carl Linnaeus named the genus after its discoverer Baron Von Alströmer. He studied under Linnaeus and was happy to contribute to his efforts to document New World plants.

What Regions are Alstroemeria Flowers Native to?

Alstroemeria is primarily native to South America, with the majority of species growing in either Chile or Brazil. While a common name for this type of flower is Peruvian Lily, only a few of the species are actually found in Peru. The plants are grown around the world, either outdoors in warm climates where freezing doesn’t occur or indoors as a forced bulb.

When are Alstroemeria Flowers in Season?

In their natural environments, Alstroemeria flowers either bloom in the winter or summer. Chile species are winter-growing, while Brazilian varieties bloom over the summer. With the right selection of bulbs, it can be possible to grow these flowers nearly year-round in a warm climate.

Uses and Benefits of Alstroemeria Flowers

The flowers themselves are poisonous and can even be irritating to the skin. However, the tubers of most Alstroemeria varieties are edible if thoroughly cooked. Only try eating the tubers after confirming the exact species and its edibility since some varieties are toxic.

All parts of the Alstroemeria plant can be irritating to pets and livestock, so plant with care. Bees and other pollinators love the large and colorful blooms.

Alstroemeria is a wonderful cut flower and is often used in bouquets as a wedding flower. They look great in any floral arrangement and are ideal spring flowers to welcome the season.

In addition to being a great potted plant or bouquet addition, Alstroemeria is full of meaning to multiple cultures. Add in all the color variety and it is no wonder it is easy to send many different messages with the same flower.

The Cultural Significance of Alstroemeria Flowers

It’s not clear what the Ancient Incans thought of Alstroemeria flowers because there are minimal references to these blooms. While they were sure to run across them during their travels across the cool mountain ranges of Brazil and Chile, they didn’t play a major role in the iconography still available from that area.

Most of Alstroemeria’s meaning and cultural significance are derived from modern times. While these lilies were grown in Europe prior to the Victorian era, they weren’t given a separate meaning from other lilies in the Language of Flowers.

For a more general meaning, lilies were considered a symbol of passionate romantic love. That included the Alstroemeria, especially in hot pink or deep red. This meaning carries on today, with many people sending Alstroemeria as a romantic gesture.

White lilies of all kinds are often used to symbolize grief in a tradition dating back to the Victorian era. Alstroemeria in other colors largely takes their meaning from the specific color of the blooms. With large and upward-pointing flowers contrasted by their twisted downward-facing foliage, Alstroemeria is often assigned a meaning of support and friendship too.

Depending on the color, Alstroemeria makes a great addition to a bouquet for romance or a declaration of love. For the perfect gift, make sure to select red and other romantic colors, combined with other symbolic flowers like the red rose, to cement your message.

If you need to support a friend who is going through a hard time, a flower arrangement in shades of orange and yellow can make a good choice. Purple Alstroemeria is a great addition to bouquets for friends that are celebrating a career success or a new source of wealth.

Alstroemeria blossoms are large, colorful, and eye-catching. The flower’s ability to stand in a vase for a full two weeks without wilting also helps give it an additional meaning of longevity and good health. It is a great flower to add to any bouquet that needs a punch of color and shape at the same time. Even the twisted foliage on the stems can add to the beauty of the bloom.

What do Peruvian lilies symbolize?

These flowers are usually used to symbolize romantic love, support of a friend, or good health and growth. They weren’t distinguished from other lilies by most cultures that used them symbolically.

Is Alstroemeria a hardy?

Alstroemeria prefers to grow in areas that are frost-free, making it tender and not hardy. However, you can either mulch heavily or dig up the tubers and keep them indoors over the winter to protect them.

Is Alstroemeria a perennial?

As long as cold temperatures don’t damage the tubers, Alstroemeria is classified as a herbaceous perennial.

Fresh cut Alstroemeria can stand for 14 days or longer before losing color or wilting. Use flower food and common flower care practices like keeping them out of direct sunlight to make them last as long as possible.

Is Alstroemeria toxic to humans and pets?

Most varieties are irritating and toxic if consumed or even touched too much. Keep them away from curious pets and children. 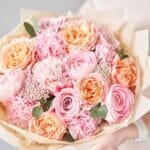 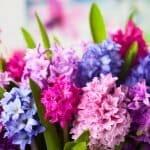