Valerian is a plant that wears many hats. In addition to bearing charming pink flower clusters in summer, it also has a range of medicinal properties. Moreover, it features in one of Western culture’s best-known fairy tales, though many of us probably haven’t heard that version. Here we’ll take you through everything you need to know about Valerian flower meaning and symbolism, their rich history and origins, uses and benefits, and cultural significance today. 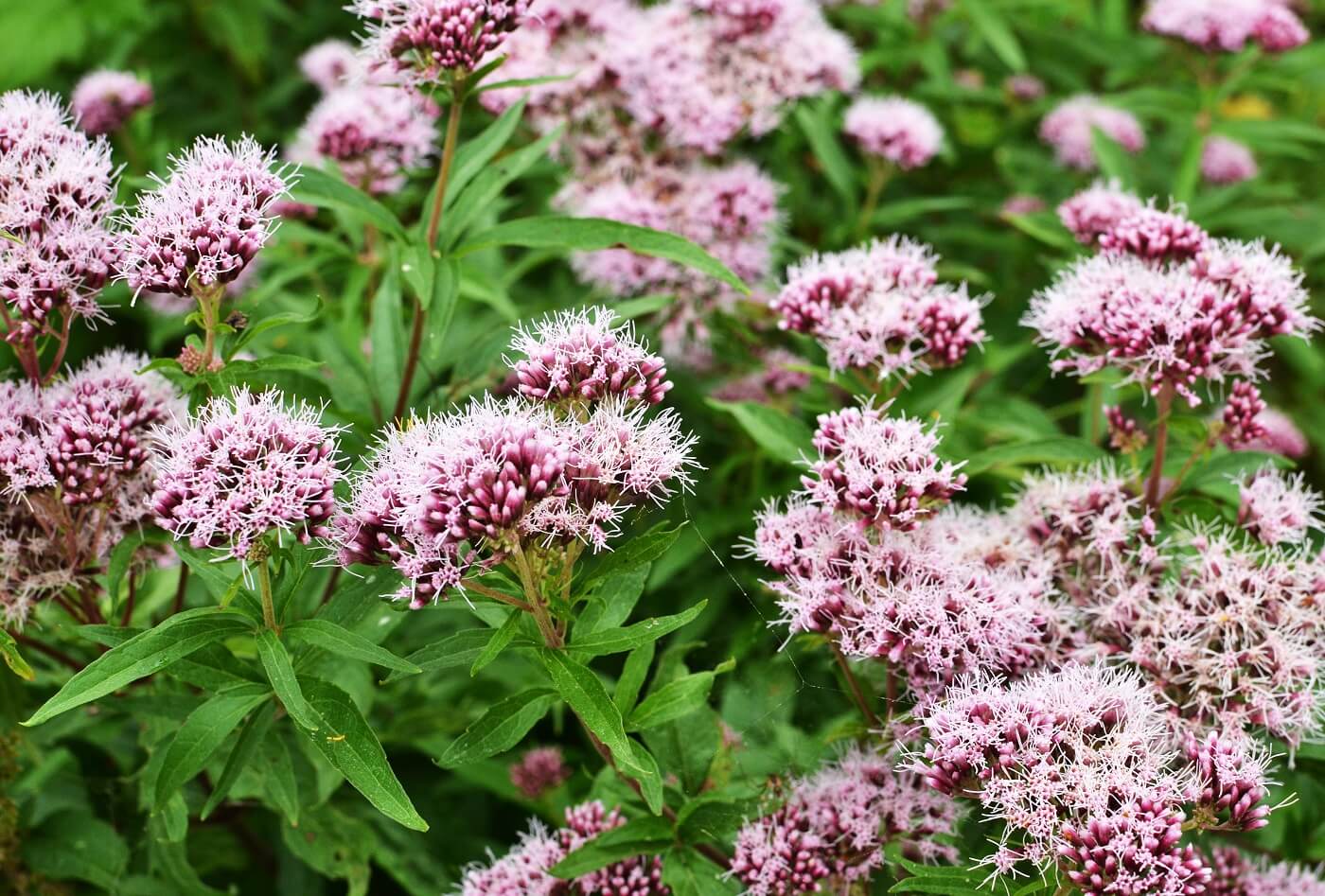 The valerian flower has a storied history. Its starring role is in a variation of the Pied Piper of Hamelin tale. In it, the piper uses valerian to draw the rats away from the city. It was also praised by the Greeks for health and stashed on medieval Swedish bridegrooms to ward off jealous elves.

Valerian has been around for a long time. As both a medicinal and botanical favorite, its presence in literature goes back thousands of years. Today, it is still in active use in a variety of fields.

Valeriana officinalis is in the Caprifoliaceae family. While you might not know that name, you’ve doubtless heard of the common species comprising many of its members: the honeysuckle. This family has colonized nearly everywhere on Earth, which exceptions in Antarctica and tropical and Southern Africa.

Valerian is a clumping perennial with medium green foliage and tall, spiky floral stems. The stems contain few leaves and are topped with sprays of fluffy flowers in white to pale pink. Valerian can grow up to 6 feet tall, though it is more commonly between 3 to 5.

Valerian flowers have a sweet smell, which most people find pleasant. This is in contrast to the roots, which are very strong, often compared to smelly feet. The leaves, while neither as pleasant as the flower nor as heinous as the root, are also aromatic when crushed or bruised.

One of the most interesting aspects of valerian is that its flowers are a rare example of “handedness,” or the lack of any type of symmetry. Almost all flowers have some type of symmetry. It may be bilateral or radial or equal division into some number of parts. Valerian, however, does not have any at all.

Valerian has been used since ancient times for its well-known calming effects. The Greeks and Romans knew of its somnolent qualities, helping people to calm down and sleep better. In fact, the famous physician Galen prescribed it as a remedy for insomnia.

Since then, it has retained its valued role in medicine, all through the Middle Ages and into the common day.

Most people find the regular valerian plant sufficient for growing flowers that attract pollinators and look great in the garden. However, Select and Anthose are two popular cultivars you might look into.

Valerian comes from the Latin word valere, which means to be strong or healthy. It is also known as garden valerian, setwall or heal-all. It is sometimes referred to as garden heliotrope, but it is not related to Heliotropium. Similarly, while Centranthus ruber or red valerian is occasionally referred to simply as valerian, the two are not closely related.

To What Regions Are Valerian Flowers Native?

Valerian is native to Europe and parts of Asia. Since its introduction to the Americas in gardens, it has escaped and naturalized in the Northern Hemisphere, particularly the United States and Canada. Its preferred habitat is woodlands and meadows, where moist conditions prevail.

Today, it is classified as a noxious weed in many parts of the United States. If you do grow it in your garden, take care that you deadhead flowers before they go to seed. That will keep it from naturalizing outside your yard.

When Are Valerian Flowers in Season?

Flowers are at their height in June and July. Depending on your region, they may bloom a bit earlier or a bit later. Colder areas, such as Alaska, can grow valerian but should expect to see flowers later in the summer.

Uses and Benefits of Valerian Plants

Although it is a pretty enough garden specimen, valerian’s real appeal is in its medicinal capacity.

Valerian in Herbalism and Medicine

Again, valerian has been used since ancient times to address problems with sleep and nerves. People with sleep who take it regularly report compounded effects. That is, taking it consistently over a period of time will lead to greater relief of symptoms than those that take it for a night or two.

Reports of valerian use represent much of the known world, from Ancient Greece and China to European apothecaries today. It’s easy to find in many places as teas, tinctures, and capsules.

As with any herb that causes a change in mindset, take care not to mix it with other sedatives or alcohol. Speak to a physician or herbalist before developing a valerian routine for best results and proper dosage. Not everyone reacts well to valerian. Some report headaches or upset stomach, among other mild symptoms.

Valerian is not a popular addition to food for its culinary traits. However, you can steep the roots to make valerian tea as a sleep aid.

Toxicity to People and Animals?

Valerian is toxic neither to people nor animals. In fact, it is often used in lieu of catnip. Cats love it, perhaps for that sweaty gym sock smell.

Some still use valerian as bait for trapping rodents.

Valerian is a sweet-smelling and brightly flowering plant known for bringing butterflies, bees, native flies, and other pollinators to the garden.

Traditionally, the Valerian flower has carried the symbolic meaning of strength, which likely comes from the Latin name. Its white and pale pink flowers are, good additions to bouquets symbolizing loyalty (white) and friendship or appreciation (pink). Valerian also symbolizes readiness or awareness.

The Cultural Significance of Valerian Plants

Valerian, in addition to its long-held reputation as a plant of medicinal note, has also made its way into various myths and legends throughout the ages.

The ancient Egyptians are said to have honored valerian because it was beloved by their favorite animal, the cat.

Swedish groomsman in the Middle Ages tucked valerian on their person before the wedding to “ward off the envy of the elves.” It played a role in medicinal remedies, but historians also say it was an everyday food for people in Great Britain, who put it in everything.

Nicholas Culpeper, an “astrological botanist” in the 17th century, believe valerian influenced by Mercury. As such, it could warm the user.

The Pied Piper of Hamelin

Most people know the tragic tale of the Pied Piper. A town plagued with rats calls in the ratcatcher. He quickly dispatches them through, in some versions, the use of valerian as a bait.

The town, now free of rats and disinterested in paying for the service as promised, reneges. In revenge, the pied piper leads every child of the town away instead, and they’re never seen again.

Valerian for Fun and Profit

Okay, unless you’re the Pied Piper, there probably isn’t going to be much profit in the valerian plant for you. (And to be honest, there wasn’t any for him either, if you’ll recall.) But valerian certainly is a fun plant to have around!

Is the valerian plant poisonous?

The valerian plant is non-toxic to pets and humans.

How do you grow valerian at home?

Valerian likes lots of sun and water. Make sure to plant it in the center of your yard and keep an eye on it so it doesn’t escape the garden.

What do valerian flowers symbolize?

Valerian can symbolize calmness, strength and readiness or awareness of what is to come.

The flower has a nice, sweet smell, while the root is a pungent odor associated with sweaty feet.

How do you identify valerian?

The valerian plant has thickly clumping, medium green vegetation a few feet tall. Its flower stalks may grow as high as 6 feet, however, with white to pale pink clusters on top in summer. 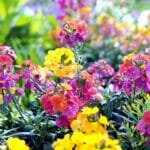 Everything You Need to Know About Wallflowers (Erysimum) 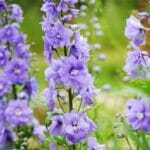