Thistles or Cirsium may be best known for their showy purple and pink flowers and their prickly foliage. But these perennials are also important for pollinators, as well as a source of food and folk medicine. The national symbol of Scotland, thistles play important roles in legend and folklore. Here we’ll take you through everything you need to know about thistle flower meaning and symbolism, their history and origins, uses and benefits, plus learn about their cultural significance today. 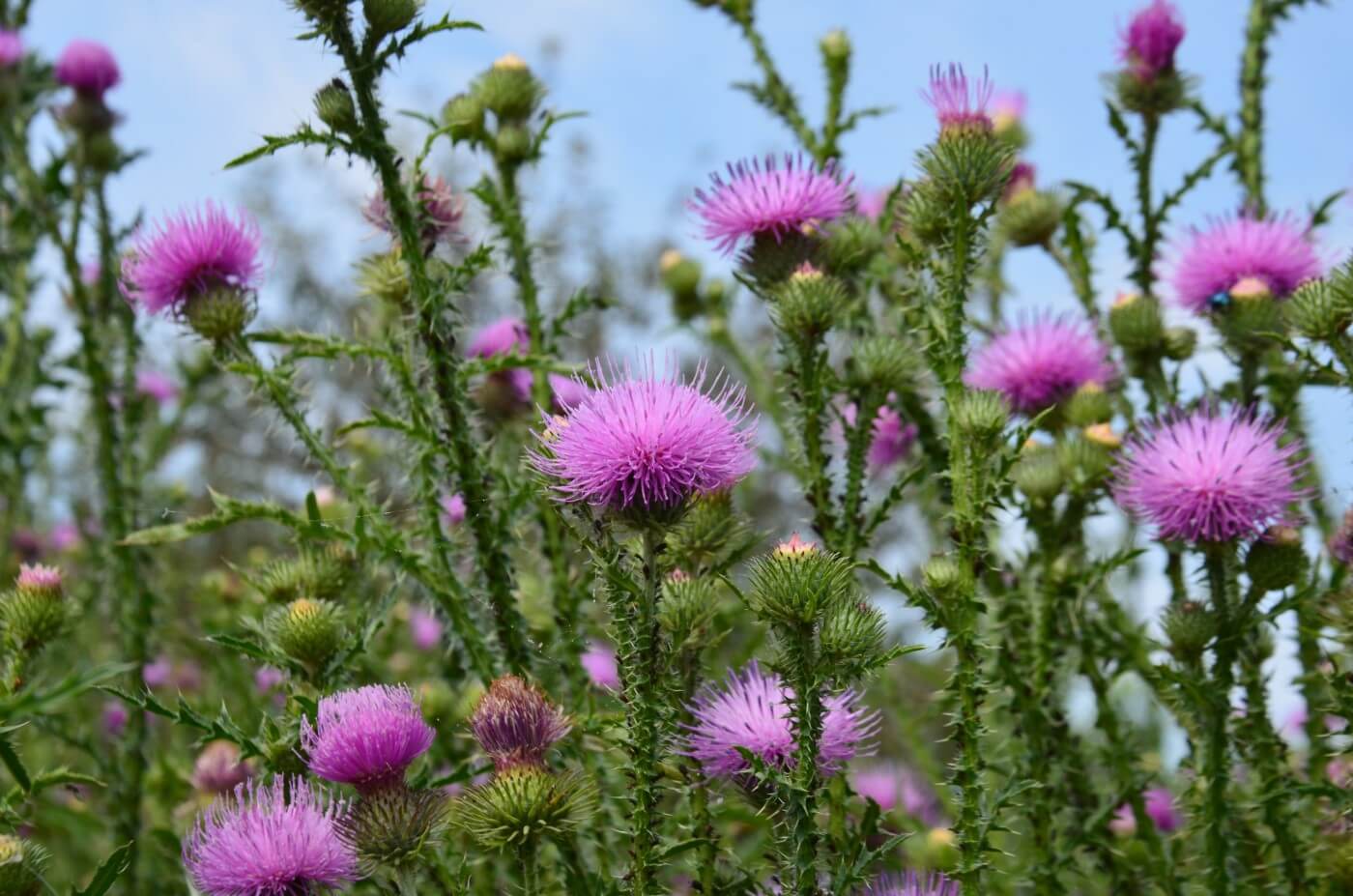 To the Victorians, a gift of thistle flowers served as a warning against unwanted meddling. Known as the flower of intrusion, thistles also play symbolic roles in other cultures. As the national flower of Scotland, thistles stand for bravery, strength, and luck, while in France, thistles were believed to offer protection against witchcraft.

Thistles are part of the Cirsium genus, which belongs to the Asteraceae family. There are several genera commonly called “thistle” in this family; Cirsium is set apart by feathery hairs in their achenes.

Thistles are flowering plants that bloom in a range of colors, most commonly purple and pink, while some varieties have white, magenta, or (rarely) yellow flowers. Flowers sit atop a spiny base.

Their gray-green foliage has sharp “pricks” on the margins, and some also sport prickly stems. Foliage grows in a basal rosette with an upright stem emerging from the leaves.

After the plants’ bloom, they produce white, feathery seeds that are easily dispersed by birds and wind. Some thistles have a fragrance that may be described as musky, or even unpleasant. Others don’t have much of a fragrance at all.

The thistle has long grown across temperate climates in Europe, northern Africa, and North America. The genus name is believed to have first been defined by Linnaeus in 1753.

The Cirsium genus contains a number of species. While many aren’t cultivated — and some are even considered invasive in certain regions — others are grown as ornamentals. Cirsium species include:

The name Cirsium comes from the Greek word for swollen veins, or kirso. Thistles were once thought to cure vein ailments.

What Regions are Thistle Flowers Native to?

Thistles are native to many temperate regions of the world, including Europe, Northern Africa, and North America.

When are Thistle Flowers in Season?

While species’ flowering time may vary, most thistles bloom from late spring through summer.

Uses and Benefits of Thistle Flowers

Several varieties of thistles have medicinal uses. Folk medicine practitioners have long used C. vulgare for a number of ailments. Roots can be made into a poultice for jaw pain, while the whole plant can be infused and the steam used to treat sore joints.

In the medieval era, thistles were thought to cure baldness. The plant was also used to treat toothache, canker sores, jaundice, vertigo, and plague. C. heterophyllum was used to treat depression, and today may be used to treat liver disorders.

Thistle flowers have a number of culinary uses, as well. The cabbage thistle is cultivated in India and Japan as a food source. Common thistles can be cooked and eaten in soups or as part of a vegetable side dish. The roots can be dried and stored for later consumption, the seeds can be roasted and eaten. Young foliage may even be eaten fresh in salads.

The plants are not known to be toxic to humans, dogs, cats, or horses. They are an important food source for many pollinators.

In North America, monarch butterflies rely on the tall thistle for food along their annual migration routes. In the UK, common thistles are ranked among the top pollinator plants key to nectar production. Many small birds eat thistle seeds and some, such as the American goldfinch, use the flossy white seed heads for nest building.

The Meaning, Symbolism, and Cultural Significance of Thistle Flowers

An Iconic Flower of Scotland

Thistles bloom in a range of colors, including purple, pink, white, yellow, and magenta. The thistle features heavily in folklore, especially in Scotland.

There, the thistle is the national flower and is steeped in meaning and legend. In the 1200s, Norway’s King Haakon decided he would conquer the Scots. One dark night, his army landed on the Coast of Largs. The Norse warriors took off their shoes so they could sneak up on the sleeping Scotsmen.

But this turned out to be a strategic error… in the darkness, a Norse warrior’s barefoot landed on a prickly thistle. He shrieked in pain, waking the Scottish Clansmen in time to thwart the attack. Since then, the flowers have been associated with good luck, bravery, courage, and strength.

The thistle was named the Scottish national flower by Alexander the III. In centuries since, it’s appeared on coins and the Royal Arms of Scotland. Scotland’s Order of Chivalry is known as “The Most Ancient and Noble Order of the Thistle.“ Members sport gold chains with links in the shape of the flowers and their motto is nemo me impune lacessit, or “no-one provokes me with impunity.”

Thistles play a special role in French legend, as well. In the Lorraine region, the thistle has long been a symbol of the Virgin Mary, where the plant’s white sap signifies mother’s milk. The Duchy of Lorraine adopted the thistle as their royal symbol after victory in a battle against Burgundy. Today, the flower is the symbol of the city of Nancy and appears on the city’s football team jerseys.

In folklore, the thistle was believed to offer protection from witches. The French believed that witches couldn’t look directly at the sun. Since the thistle’s flowers face the light directly, the blossoms were thought to represent the sun’s protection against witchcraft.

Perhaps the thistle’s prickly reputation influenced its symbolism in the language of flowers. To the Victorians, a gift of thistle flowers stood for intrusion and signified a warning against unwanted meddling.

Thistle Flowers in Art and Literature

Thistles have featured in art and literature through the years. Scottish poet Hugh MacDiarmid wrote of the thistle in his epic poem A Drunk Man Looks at the Thistle. The American artist John Singer Sergeant painted thistles in the mid-1900s, and the flowers featured in Ansel Adams’s work.

Thistles have long been associated with bravery, courage, and strength. Include thistle flowers in a floral gift to someone who’s fighting a battle, who has overcome adversity, or who has shown courage and triumphed.

Despite their prickly stems, thistle flowers have a delicate appearance. They add natural, organic beauty to floral designs for weddings and other special events.

The thistle grows across temperate climates, gracing meadows, roadsides, and boggy areas with their delicate purple, pink, white and yellow flowers. In some regions, the plants are seen as weeds, while in other cultures, they signify strength, courage, and victory. In the language of flowers, the thistle symbolizes unwanted intrusion, and means “stop meddling.” When grown in the garden or given as floral gifts, thistle flowers provide color and texture with their feathery blossoms and spiny foliage.

What does the thistle flower represent?

In the Victorian language of flowers, the thistle represents instruction and means “Your meddling is unwanted.” To the Scots, the thistle stands for courage, strength, and bravery.

Is a thistle good luck?

In Scottish lore, the spiny thistle thwarted an attack from an enemy army with its prickly spines. Since then, it’s been associated with good luck, strength, and courage.

Is the thistle the flower of Scotland?

The thistle is the flower of Scotland, thanks to playing a key historical role in victory over enemy invaders. The flower features in royal heraldry, on sport team logos, and as the symbol of the elite Order of the Thistle.

What does a thistle mean spiritually?

The thistle has connections to the Virgin Mary. In regions of France, the plant’s sap is associated with mother’s milk and was once believed to offer powerful protection against witchcraft.

Is thistle poisonous to humans?

Thistle is not toxic to humans. In fact, it has many culinary and medical uses and is an important plant for pollinator species such as bees, butterflies, and birds. 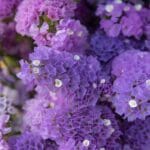 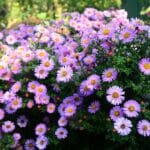