If you want to try growing orchids at home, Phalaenopsis orchids (Phalaenopsis spp.) are a great choice. Also commonly known as ‘Moth Orchids’, these plants are easy to care for, and they produce gorgeous blooms. Plus, there are 50+ species and hybrids you can choose from. Here we’ll take you through everything you need to know about Phalaenopsis Orchid’s meaning and symbolism, their history, and origins, uses and benefits, as well as our comprehensive guide to growing and caring for Phalaenopsis Orchids at home.

Phalaenopsis orchids are a group of orchids that are native to tropical areas in the Asia-Pacific region. People grow these orchids for their beautiful, long-lasting blooms which occur atop a single stem. The flowers symbolize good luck, beauty, and perfection.

Carl Ludwig Blume first named the Phalaenopsis genus of orchids in 1825. All members of this genus have long, rough roots and long-blooming flowers.

All Phalaenopsis Orchids are epiphytes or lithophytes. This means they grow on other plants or rocks, rather than on the ground or in soil.

The plants have short leaves that grow from a single point. Flowers form atop a long, single flower spike, and the flowers can last for multiple months.

The Phalaenopsis genus contains species that form a variety of flower colors. The majority of flowers are some combination of white, yellow, orange, purple, pink, or red. Many flowers contain stripes or other patterns.

The majority of Phalaenopsis orchids aren’t fragrant, but there are exceptions. Phalaenopsis bellina and Pahleaenopsis violacea both have a sweet rose/citrus scent.

Are Phalaenopsis Orchids Toxic to Humans and Animals?

While native peoples were aware of these orchids for many years, Europeans first described Phalaenopsis orchids in 1825. Dutch botanist Carl Ludwig Blume wrote about the orchids he discovered during his travels to the Dutch East Indies (present-day Indonesia).

During the next 50 years, botanists introduced these orchids to Europe as houseplants. However, they were difficult to grow as parlor plants due to the lack of heat. Therefore, they were grown in greenhouses or conservatories.

By the 1960s, potted orchids were back in demand. Today, China, Germany, Japan, the Netherlands, Taiwan, and the United States produce many Phalaenopsis orchids.

The genus name Phalaenopsis comes from the Ancient Greek word “phalaina” which means a kind of moth and “nopsis” meaning like. When European explorers first discovered these orchids, they thought the flowers looked like moths.

What Regions Are Phalaenopsis Orchids Native To?

These plants are native to tropical Pacific regions including India, China, Thailand, and Papua New Guinea. Different species are native to different areas.

When Do Phalaenopsis Orchids Bloom?

The time a Phalaenopsis orchid will bloom depends on the species as well as environmental factors. These orchids may bloom in the spring, summer, or fall.

There are over 60 species of Phalaenopsis orchids and even more hybrids. Here are some of the most popular species.

Uses and Benefits of Phalaenopsis Orchids

Phalaenopsis orchids are primarily used as ornamental orchids. In Feng Shui, people see them as a symbol of fertility, good luck, and perfection.

While many orchids are used in traditional and modern medicine, Phalaenopsis orchids are not. However, researchers have found that the roots and leaves have high levels of antioxidants.

Phalaenopsis orchids are non-toxic, but people do not consume them.

While humans don’t eat these orchids, pollinators love them. In the wild, bees, ants, and moths pollinate these flowers.

For more, see our in-depth guide to orchid plant uses and benefits.

The Meaning, Symbolism, and Cultural Significance of Phalaenopsis Orchids

People view Phalaenopsis orchids as a symbol of beauty and prosperity. As such, people commonly keep these plants in their homes or give them to others as gifts.

In China, people view Phalaenopsis orchids as a symbol of good luck and fortune. They’re also tied to fertility.

Today, Phalaenopsis orchids are one of the most popular types of ornamental orchids. Therefore, they’re tied to beauty, elegance, and joy.

How to Grow and Care for Phalaenopsis Orchids at Home

These orchids aren’t too particular about their pots, but you want to make sure the pots provide a couple of important factors.

Containers should be large enough to prevent overcrowding. Orchids’ roots don’t like being crowded; instead, they prefer room to spread.

No matter what type of container you choose, you need to make sure it contains adequate drainage holes. Improper drainage can lead to problems with root rot.

The Best Soil and Potting Mix for Phalaenopsis Orchids

In the wild, these plants grow on other plants or rocks rather than the soil itself. Your job is to mimic these conditions.

Fortunately, you can find many orchid potting mixes in stores. These coarse mixes provide good airflow and drainage.

If you can’t find an orchid potting mix, you can use 3/4 bark chips mixed with 1/4 peat moss.

While these plants are native to tropical forests, they often grow beneath taller trees. Therefore, they like bright yet indirect light. They can tolerate lower light as well.

During the winter, these plants need higher light levels to encourage flowering. As light becomes more intense in the summer, you can move them to a lower-light area. For more, see our guide to the best locations to position orchid plants in the home.

During periods of active growth and flowering, keep your orchid in a room that is 70-85ºF.

Once your plant is done flowering, you’ll want to move it to a cooler area. Phalaenopsis orchids require nighttime temperatures between 55-60ºF to induce the formation of a flowering spike.

Keep Phalaenopsis orchids away from both hot and cold drafts.

These plants can do well in moderate to high humidity. If you have high humidity, make sure to provide proper airflow. This will help prevent disease issues.

For more, see our in-depth guide to orchid plant temperature and humidity tolerances.

When and How to Water Phalaenopsis Orchids

Unlike some other orchids, Phalaenopsis orchids don’t have large water-storage organs known as pseudobulbs. This means that they have lower drought tolerance.

Water your orchid about once a week during the summer and once every two weeks in the winter. Once you see the top of the bark turn dry, it’s time to water.

The frequency you fertilize depends on your plant’s growth stage.

To encourage your plant to form a new flower spike, you may provide a dose of flowering, houseplant fertilizer.

For more, see our in-depth guide to fertilizing orchid plants.

You don’t need to prune these plants on a regular basis. The only pruning they need is the trimming of the flower stalk.

However, Phalaenopsis orchids benefit from staking. By taking the time to support the single flower stalk, you’ll end up with healthy blooms.

It’s best to stake your plant when it has developed a flower stalk but before it develops flower buds. Use a bamboo flower stake and flower clip to gently clip the flower stalk to the stake.

Phalaenopsis orchids suffer from many of the same problems that impact other orchids. Keep a lookout for the following.

These soft-bodied insects resemble cotton. While they may look harmless, they can quickly suck sap from your plant and spread disease.

If you notice only a few mealybugs, you can remove them using a spray bottle or damp cloth. Use neem oil or insecticidal soap to treat larger infestations.

If you notice soft, mushy roots, your plants are likely suffering from root rot. Another sign of root rot is yellowing leaves.

If you spot root rot, remove the plant and trim off damaged roots. Make sure your orchid is planted in a coarse potting mix and in a container with drainage holes.

If your plant forms buds but doesn’t form flowers, a number of factors could be to blame.

Make sure your plant is receiving an adequate amount of light as well as the proper temperature and humidity.

If your buds die back, it’s best to cut back the flower stalk and start new.

Now that you know more about caring for Phalaenopsis orchids, it’s time to find a few to add to your home. After you master caring for this genus of orchids, you can move onto caring for other species.

For more on the famed Orchid Plant – see our essential guides to:

Should I Cut Back Flower Spikes as Phalaenopsis Orchids Go Out of Bloom?

Yes! Once your plant is done blooming, trim the flower spike using a sharp pair of shears. Cut the stalk at the second node below the flowers.

How Do I Get My Phalaenopsis Orchid to Rebloom?

After blooms fall off your orchid, you’ll need to practice some patience. Phalaenopsis orchids typically require at least six months of rest before they can bloom again.

To encourage new blooms, fertilize your plant twice a month with a half-strength, balanced houseplant fertilizer. Keep your plant somewhere a bit cooler (around 55-60ºF at night) until a new flower spike appears.

How Many Times Do Phalaenopsis Orchids Bloom?

Phalaenopsis orchids can bloom multiple times throughout their lives, and each of these blooms can last multiple months!

They do require a bit of time between flowerings, so expect flowers once a year. These plants can produce flowers any time of year, which means you can’t expect flowers at a certain time.

How Long Do Phalaenopsis Orchids Last?

The plants themselves can live over five years, and the flowers can last for three or more months!

What Do Phalaenopsis Orchids Symbolize? 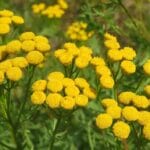 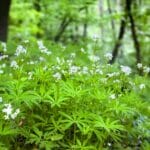