Lobelia Flower Meaning in the Language of Flowers

The Meaning, Symbolism, and Cultural Significance of Lobelias

Lobelia is a bold flowering plant that is equally common in bright red, light lavender, and deep blue. While many people first become familiar with it as a landscaping plant used as the backdrop in mixed flower beds and along edges, it is also a popular cut flower in bouquets. Similar in appearance to foxgloves and larkspurs, lobelia flowers carry profound meaning in the language of flowers and work well for symbolic arrangements designed to send a message to the recipient.

The Symbolic Meaning of Lobelia Flowers – The Essentials

Lobelia flowers have long symbolized love and devotion in the language of flowers, all the way back through the history of the Native Americans. It also conveys intelligence, healing, and recovery, although it has a negative meaning of arrogance in Japan.

Lobelia is one of the most popular garden flowering plants, which grows in a wide range of soil conditions and temperature ranges. It’s hardy to USDA zone 4 through 9, making it easy to grow in all of the US except for the hottest areas. There is a type of Lobelia for every situation, from short-growing and spreading varieties to taller and upright types that catch the eye.

Lobelia is an entire genus that includes over 450 individual species within it. This means there’s a variety to fit almost any need in the garden or specific conditions available. The genus is part of the Campanulaceae family.

Some of its popular relatives include Bellflowers and Balloon flowers. Nearly 1200 species fit into the subfamily, including Lobelia, making it a very diverse group of flowering plants. These plants are native to most of the temperature and subtropical zones of the world, including North America.

Most of the varieties of Lobelia grown today as garden plants or cut flowers feature a tall spike of flowers that rises above the foliage. Some species, such as the bedding Lobelia that has been popular since the 1700s, are short and squat instead with flowers that nestle among the leaves.

All of the individual flowers are tubular, making them popular with bees, butterflies, and hummingbirds. The flowers come in various colors, including red and true blue, which is unusual among flowering plants.

Most varieties of Lobelia have little fragrance, but the varieties often referred to as Indian Tobacco tends to have a sweet scent.

Lobelia is found across Europe, Asia, and the Americas, so it’s not surprising it has been cultivated for centuries as both an herbal medicine and a decorative plant.

It was studied and recorded throughout the 1600s, then received plenty of use throughout the 1800s as a landscaping plant popular among the various royal families of Europe.

Lobelia’s popularity peaked again in the 1980s thanks to its diverse appearance and pollinator friendliness.

Lobelia is a direct reference to the tubular or slightly bell-shaped flowers that appear on these plants. The name indicates that the flowers have multiple lobes or curved areas.

All of the flowers in this genus feature five lobes, even when they differ in color and size. Common names like Gagweed are associated with its ability to induce nausea in some people that take it as a supplement.

Uses and Benefits of Lobelia

These flowers can attract a wide range of hummingbirds, bees, and butterflies, depending on the colors you plant. Bright red flowers are more attractive to butterflies and hummingbirds, while bees won’t visit often. For feeding pollinators, stick to lavender and blue varieties that are highly visible to bees.

Some people also take Lobelia as an herbal supplement, a practice that started with Native American and European herbalists centuries ago. It’s believed that this plant can help with depression, anxiety, asthma, and more. However, it is toxic in large doses, so you’ll need to take only a limited amount per day.

The Meaning, Symbolism, and Cultural Significance of Lobelia Flowers

With a wide variety of colors to choose from, it’s easy to match the Lobelia bloom to the meaning you want to send with your bouquets. Adjust the message you put together by considering color as well as flower type. Common colors for this flower and their usual meanings include:

It’s the common name of the varieties native to the US and Europe that links this flower to the church. Called the Cardinal Flower by some, this name specifically refers to the bright red varieties.

Cardinals began to wear bright red robes instead of purple when the original dye became scarce. Due to this association, some people consider these flowers a symbol of being pious and devoted to religion.

Writer Nathaniel Hawthorne was a big fan of this flower, especially the red flowering variety native to many parts of the US. He described it as a flower that symbolized deep thoughts and being in touch with one’s heart.

In the Victorian Flower Language, Lobelias had a similar meaning of distinction. It also was used to symbolize pride or being proud of someone.

While the lavender and light blue varieties were more popular in Europe than the bright red type, they still shared a common symbolism during this period.

The Japanese have also developed their own Language of the Flowers over the last few hundred years, known as Hanakotoba. Lobelia is native to this part of the world as well, but the flower has earned a negative association in this culture. Thanks to its toxicity in large doses, it’s considered a symbol of malevolence, dislike, and arrogance.

Thanks to its association with herbal medicine, Lobelia can send a message of healing and recovery as well. It’s significant to gift to someone dealing with depression or asthma since these are the two main conditions Lobelia is claimed to treat.

Bright red blooms are a good choice for perking up someone’s low mood, while the calming colors of lavender or baby blue flowers might work well for anyone struggling with breathing troubles.

Despite the tobacco-like odor of the crushed plant material, it doesn’t contain any nicotine and isn’t actually related to tobacco.

Multiple Native American groups, including the Iroquois and the Haudenosaunee, considered the Lobelia flower a symbol of love and devotion. This was a literal belief because the flowers and roots would be chopped up and consumed in many of the rituals aimed at uniting couples or helping them deal with disagreements.

Other tribes merely exchanged the flowers or used them as gifts when courting potential partners. This symbolism carries through today, even among groups that aren’t native to North America.

If you follow European or American flower meanings, the Lobelia blooms are ideal for sending a message of romance or support to someone you’re close to. The bright red color is obviously a good choice for romantic messages, while the white, blue, and purple varieties are better suited for wishing someone well.

Be wary of sending this flower to someone who is Japanese or practices the art of Hanakotoba. Thanks to its negative meaning and association with disdain in this system, you might actually offend someone by sending it as part of a gift. Knowing the recipient of the bouquet is key before using Lobelia in it.

What do Lobelia flowers symbolize?

Depending on the culture and the color of the flower, Lobelia can represent romantic love, healing from illness, or even malice and arrogance.

Lobelia flowers were a potent symbol of love and devotion among multiple Native American tribes. This meaning has spread far beyond North America now and it’s now a common association in Europe and some parts of Asia as well.

Do Lobelia flowers come back every year?

As long as the Lobelia plant is planted in an area in USDA zone 4 or above, it will return year after year.

How long do Lobelia flowers last?

Once cut, the Lobelia flowers tend to last a week or longer without special care. Blooms cut from shorter and mounding varieties don’t last quite as long as long-stemmed varieties.

The entire Lobelia plant is toxic, but only when consumed in relatively large amounts. Eating a single flower or leaf is not likely to hurt even a child or a pet since this plant is often taken as a supplement in limited quantities.

Send a red Lobelia to declare your love or a lavender blossom when you’re hoping someone recovers soon. Not only are Lobelias rich in meaning and symbolism and fun to add to bouquets and arrangements, but they’re also easy to grow in most yards and gardens. 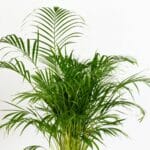 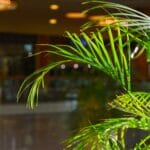