How to Cut Back and Deadhead Anemone Flowers

When and How to Cut Back Anemones in Your Garden

Often confused for Poppies, Anemones are easier to grow and require partial sunlight and a protected area for growth. The colorful blooms appear in the Spring, Summer, and Fall, depending on the varieties you plant. Mixing a few cultivars together can create a patch of beautiful blooms that last through the entire warm season of the year. These plants don’t need a lot of pruning and shaping during the growing season, but the practice of deadheading and cutting back anemone flowers at the right points can result in increased blooming.

Deadheading and Cutting Back Anemones – The Essentials

Taller types of Anemones, such as the Japanese Anemone and some hybridized European varieties, may benefit more from deadheading once they approach the end of their blooming cycle. Anemones grow only 1 to 3 feet tall, making them relatively easy to trim by hand when it’s time for deadheading or seasonal cleanup. The stems are a bit wiry, so you may need more than just a pair of scissors. Try a small set of gardening shears to quickly snip through the stems.

Anemone is an entire genus, including a few dozen varieties from temperate zones worldwide. It’s part of the Buttercup family or Ranunculaceae.

Anemones are rich in meaning and symbolism and tend to feature anywhere from 5 to over 20 petals around a contrasting center. Red varieties with black centers are often mistaken for Poppies.

These plants are native to North America, South America, Africa, Asia, and most temperate parts of the world aside from New Zealand and Australia.

All varieties commonly grown in gardens and containers are generally planted from roots. Some types have tuberous roots, while others are thinner and more fibrous.

Depending on the cultivar, an Anemone may bloom in the spring, summer, or fall. Most varieties taper off after a few weeks to months of steady blooming and won’t return later in the season, regardless of treatment with trimming.

Deadheading is the name of a specific type of pruning often used on flowering plants in particular. While pruning as a whole applies to shrubs and trees, deadheading involves removing spent flowers as they lose their petals. In many varieties of plants, this prevents energy from going to the creation of seed pods. Deadheading can also refer to the cleanup process of removing all the dried flowers and stems from perennial plants at the end of a growing season.

Seeding isn’t a significant concern with Anemones, but they can still benefit from deadheading in a few ways. Removing dead material is a good idea in general for plants that grow in damp and shady conditions, which includes some varieties of Anemones.

Plants grown in drier conditions may not need it at all during the growing season. Don’t rely on pruning or deadheading to keep Japanese Anemones from spreading since they replicate through root division, which can make them invasive in some areas.

As a general rule, there’s no specific requirement to deadhead Anemones. This is technically true for most varieties, including the shorter varieties native to North American woodlands and Europe’s prairies.

Taller types of Anemones, such as the Japanese Anemone and some hybridized European varieties, may benefit more from deadheading. This trick can help at the end of the season if you prefer a neater and cleaner look in the garden.

While Anemones may not strictly need deadheading like other plants, they still benefit from a limited amount of pruning as required. You’ll quickly learn what works best for the cultivars you grow by starting with a limited approach to removing dried or dying plant material.

Anemones have a reputation for blooming all the way from spring through fall. However, this isn’t strictly true. Each variety tends to bloom for just one season, or maybe two at the most.

This means that the most effective time for deadheading will vary depending on when the variety in question blooms. For a spring-blooming type, you may need to start trimming out drying flowers within the first few weeks of flowering.

Varieties with a longer blooming window will respond the best to early deadheading and put out new buds in response.

If the Anemone you’ve planted only blooms for a single season, deadheading can wait until most of the flowers are dead since new budding is unlikely within a short window.

What Tools Will I Need to Deadhead Anemones?

These plants grow only 1 to 3 feet tall, making them relatively easy to trim by hand when it’s time for deadheading or seasonal cleanup.

The stems are a bit wiry, so you may need more than just a pair of scissors. Try a small set of gardening shears to quickly snip through the stems, including bundles of them at a time.

For removing dried or damaged foliage, a pointed pair of scissors works best and provides a neater cut to prevent disease from reaching the roots of the plant.

If your Anemones are well-established and have been growing in the same place for a few years in a row, you may want to bring a spade or hand trowel along to lift and divide the plants at the end of the season.

How to Deadhead Anemones

Anemones are reasonably adaptable and lose flowers all the time, so a bit of deadheading here and there won’t affect the plant’s health.

If you have to trim a lot of foliage or flowers away due to damage, you may want to water the plant and give it a diluted dose of general-purpose fertilizer.

Don’t worry about any special care after trimming away material at the end of the season. The roots are going dormant at that point and won’t need any extra water or fertilizer. Let the soil dry out slightly after seasonal cleanup to ensure the roots can handle the upcoming winter.

Cutting Back Anemones and End of Season Care

The best time to trim Anemones comes at the end of the season for each variety.

Spring-blooming varieties will still have healthy foliage during summer and fall, but there’s no need for their dry stems to hang around that long.

Fall-blooming Anemones won’t stop until the frost comes, so you’ll be trimming them up in the early winter in some cases. These varieties can wait until spring if you prefer not to get out with the plant shears while there’s frost on the ground.

It doesn’t hurt the Anemone plants to have dead foliage and stems hanging around over the winter, but you won’t be able to appreciate the new growth in the spring until you clean the plants up.

How do you know when to deadhead anemones?

Dead and dried-up flowers signify that your Anemones could use a little trimming. Deadheading can occur during the blooming season for a fresher look, or you can wait until the end of the season for a more extensive trim down.

Will anemones rebloom if deadheaded?

Most varieties will not significantly rebloom. Long-season types may put out extra buds if deadheaded early in their respective season.

Will anemones spread after deadheading?

Anemones tend to spread whether you prune them or not. Deadheading and removing dried flowers won’t stop them from spreading because they tend to expand through the roots instead.

When should you cut back anemones entirely at the end of the season?

Wait until the fall or the first frost for most varieties for cutting Anemones down completely. Leave a few inches of stems and foliage until the spring to protect the roots from damage over the winter.

It’s up to you if you want a neat look with deadheading or not. Anemones won’t mind what you do either way unless you are concerned about humidity issues in the shadier parts of your garden. Deadheading may increase blooming slightly for a few select varieties. 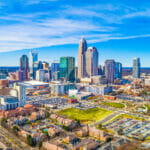 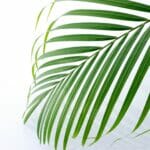