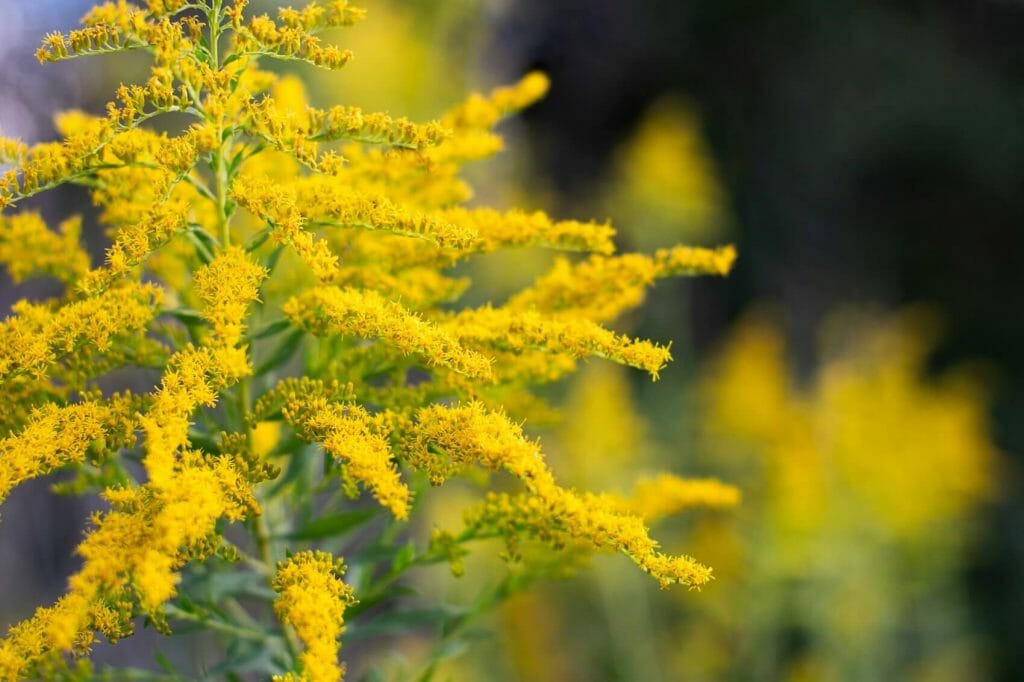 Everything You Need to Know About Goldenrod Flowers

Few other plants get wrongfully blamed for causing allergies as much as Goldenrod. Specifically known as the genus of Solidago, the wildflowers in this group all share gold to yellow blossoms and attractiveness to pollinators. While it’s commonly seen on roadsides and in bouquets across the country, many people don’t know that this plant is also rich in history and symbolism. Here we’ll take you through everything you need to know about these beautiful blooms including goldenrod flower meaning; their history and origins; uses and benefits; and suitable gifting occasions today.

Goldenrod flowers are linked with sun symbolism due to their warm color. In many cultures, the gold flowers hold meaning associated with wealth, prosperity, and happiness. It’s not uncommon to see these flowers used as wedding decorations as well due to their symbolic association to new beginnings.

A part of the larger Aster family, the Goldenrod genus is known by the scientific name Solidago. This genus includes over 100 different species, many of which are nearly identical to each other. Like other members of the Asteraceae family, these flowering plants feature composite flowers.

Goldenrod varieties can vary in height from just under 12 inches to 6 feet or more. They all feature clusters of relatively small flowers, and only white to gold colors are currently available. Some species, notably the Sweet Goldenrod, have pleasant fragrances that are particularly attractive to bees and butterflies.

Solidago speciosa, also known as Showy Goldenrod, is one of the most widely recommended landscaping varieties since it’s a less aggressive spreader than other types. Solidago odora, called anise-scented Goldenrod for the smell of its foliage, is the variety recommended for tea use. Only white goldenrod, or Solidago bicolor, offers another color option from yellow.

The common name of Goldenrod refers to the rod-like upright growth habit and golden color of the flowers. Solidago combines the Latin terms for making and whole, indicating its use as a herbal medicine for many centuries.

What Regions Are Goldenrod Flowers Native To?

Over 75 of the Goldenrod species that make up the Solidago genus are native to some part of North America. They’ve naturalized across the rest of the continent and much of Europe due to the invasive spreading habits of some species. Some species are native only to Asia and Europe.

When Are Goldenrod Flowers in Season?

While bloom times and lengths vary by the exact species, most Goldenrod varieties flower in mid-summer to early fall. They’re often associated with the end of summer in particular because of their blooming window. This is also why they’re mistaken for causing the hay fever and allergies common during this time, which are actually primarily due to grass and ragweed pollen instead.

Uses and Benefits of Goldenrod Flowers

Only the young leaves of some Goldenrod species are edible, making them tricky to use as anything but a survival food. However, many species like Solidago odora are used for herbal medicine or making a tasty tea instead.

Most varieties have little to no toxicity, making them safe to grow around pets and kids. Goldenrod is also a valuable food for bees and other pollinators because it’s one of the last flowers still standing in the fall and provides abundant nectar.

In addition to being a common sight in meadows and medians, Goldenrod flowers are rich with symbolism and meaning.

As indicated by the name, Goldenrod flowers all share a common yellow to gold color. Only the white Goldenrod has a different color and it still features yellow on the blooms. In general, yellow flowers indicate hope, joy, peacefulness, and warmth. The richer gold colors of many Goldenrod flower varieties can also add grace, dignity, and royalty to the meaning.

The Meaning, Symbolism, and Cultural Significance of Goldenrod Flowers

Often blooming as one of the last colorful flowers of autumn, Goldenrod has long since been invoked as a symbol of hope or joy in poetry and art alike. It’s also valued as a symbol of everything from wide-open spaces to the hope of wealth in various cultures. On a practical level, it has provided several important cultural contributions as well.

Both Kentucky and Nebraska use the Goldenrod as their state flower. In Kentucky, many groups of Kentucky Women’s Clubs worked together to campaign for the adoption of the flower in 1923 because it was one of the few wildflowers native to the entire state.

Nebraska adopted the Goldenrod flower even earlier as a state symbol, choosing it in 1895. This flower was chosen for its rugged adaptability, which was felt to symbolize the hearty people who settled in the state.

A Chinese Symbol of Treasure

Multiple species of Goldenrod flowers are native to China, so they’ve become a potent symbol of wealth and prosperity due to the rich color of the blooms. Goldenrod is often believed to grow where the treasure can be found. Many people in China plant Goldenrod around their houses to attract wealth or give the flowers as gifts to wish prosperity on others.

Dyeing and Medicinal Use

Medicinal use for Goldenrod varieties today is largely focused on treating sinus issues and allergies, usually in the form of a tea or tincture. Traditional uses for the plant included everything from heart conditions to stomach issues.

Multiple Native American tribes used Goldenrod flowers, leaves, or roots. This includes the Chippewa who referred to it as “sun medicine” for its bright color. The leaves and flowers of many varieties produce a bright yellow dye when fermented and extracted, making it a valuable source of pigment for many Asian and Native American cultures alike.

Finally, some of the more unusual uses for Goldenrod flowers and plants were still culturally important. For example, some of the first rubber tires used on the Ford Model-T used Goldenrods as the raw material.

Thomas Edison crossbred different species and varieties together until a plant was capable of producing 12% rubber by weight.

Goldenrod was also one of many species of native plants used as a tea replacement after early American colonists decided to boycott tea supplies from the United Kingdom.

Due to their seasonal blooming habit, Goldenrod flowers are often associated with fall-themed bouquets and arrangements. They’re also great for year-round gifts when used in a dried form. The bright golden color of the blooms makes them ideal for including in bouquets for:

Much like Baby’s Breath and other spray flowers, Goldenrod is often a filler flower that helps stiffen up and give body to an arrangement of looser single blooms.

How to Care for Fresh-Cut Goldenrod Flowers

With Goldenrod growing wild in so many parts of the country, it’s easy for many people to cut their own flowers in the summer to fall for free fall decorations. Goldenrod flowers stay fresh the longest when cut while most of the flowers are still budding. If they’re cut when the flowers are largely opened on a spray, they’ll turn to fluffy seedheads within hours to a day.

Florists generally work with varieties of Goldenrod flowers with good color at the budding stage to avoid this issue. Keeping the cut flowers cold until display can also help prevent this effect if fully bloomed sprays are needed. Dried Goldenrod also holds the color of the flower and can be used to decorate when fresh-cut blooms aren’t available.

Goldenrod flowers are beautiful, versatile, and full of symbolism. Whether you use them to remind you of the warmth of the sun or the joy of something new, they’re a great addition to any garden or flower arrangement.

What does goldenrod symbolize?

In many cultures, the gold flowers hold meaning associated with wealth, prosperity, and happiness.

Why do farmers plant goldenrod?

Goldenrod flowers are incredibly attractive to pollinating bees so farmers will often encourage growth to maximize the opportunity for crop development.

Is goldenrod an invasive species?

Goldenrod flowers are considered a very invasive species due and will spread rapidly year after year if left uncontained.

Most people consider the goldenrod flower to hold a faint smell of licorice.

What are the main uses of goldenrod flowers?

Many goldenrod species are frequently used in herbal medicine and are also commonly dried to use in tea infusions. 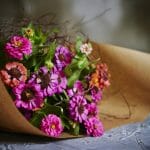 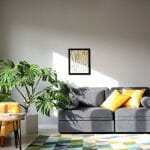