Gloxinia flowers are prized for their elegant blooms and produce a spectacular array of colors throughout the flowering season. What’s more, they also have a fascinating story to tell. This guide will take you through everything you need to know about Gloxinia flower meaning and symbolism in the language of flowers, plus learn about their origins, history, and cultural significance around the world today. 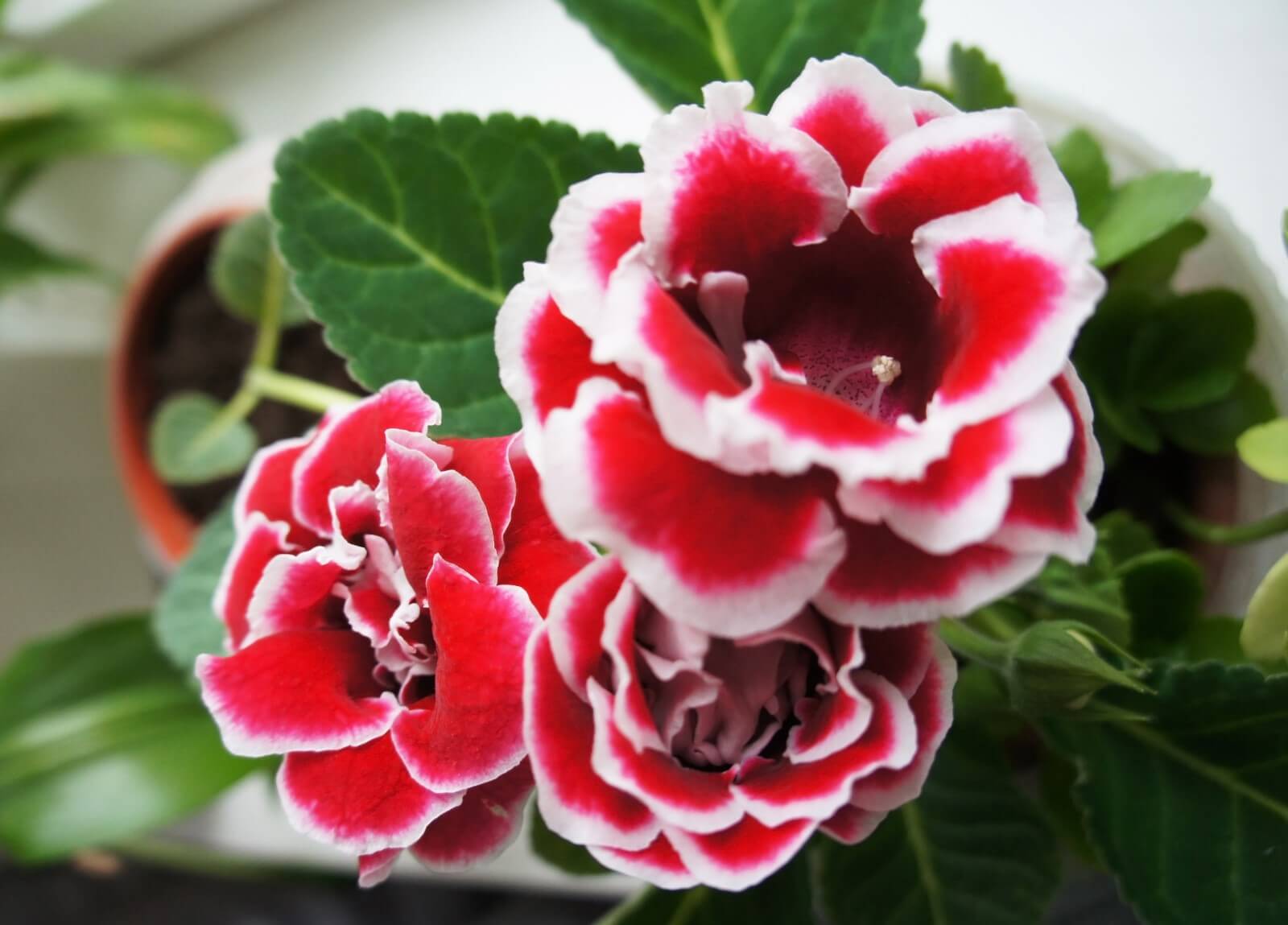 The gloxinia hails from the Gesneriaceae family, which also consists of the African Violet. It’s part of the Saintpaulia genus, Lamiales order, and Magnoliopsida class. Their scientific name is Sinningia speciosa.

Gloxinia produces flowers in various colors, including red, blue, purple, pink, and white. They have a large bell shape with five tightly compacted petals. The edges of the bell are often accented in white or are darker than the rest of the flower. The foliage is large, ovate, dark green, and velvety soft and is equally popular grown in the garden as they are as potted houseplants.

The type of gloxinia you plant will determine the scent. Some smell like coconut, while others have a mild minty fragrance. On the other hand, due to how hybridized they are, some have little to no scent.

Gloxinia flowers are native to Brazil but are found throughout the U.S. nowadays. It was first brought back to Europe by British botanists who grew the plants from seed in one of the very early glasshouses back in 1739.

They didn’t receive the name Gloxinia speciosa until Conrad Loddiges, a British nurseryman, studied the plant in 1817. He named the flower to honor P.B Gloxin of Strasburg.

The gloxinia was a popular flower once established and regularly cultivated in England. In fact, the English physicist and botanist John Sims wrote about the flower and published the piece in 1817 in Curtis’s Botanical Magazine, specifically volume 44. He noted what a remarkable species the plant was and stated the plant was all over London at the time.

Robert Sweet, a horticulturist, botanist, and ornithologist, referenced this flower in his book Hortus Suburbanus Londinesis (A Catalogue of Plants Cultivated in the Neighborhood of London). Published in 1818, he discussed how the plant was widely grown in greenhouses and included a wide variety of hybrids.

In the U.S., one of the earliest documentations of the gloxinia is a 1819 cryptic listing of the plant in Bartram’s Botanical Garden’s catalog in Philadelphia.

Another early mention of the plant was in The American Gardener’s Magazine in volume 1 in 1835. The author noted its appearance in a hot house in Roxbury, MA, belonging to Hon. John Lowell.

Some of the most popular varieties and hybrids grown as indoor plants or garden plants include:

The name ‘Gloxinia’ is derived from the name Benjamin P. Gloxin, the 18th-century German botanist who first referenced the flower.

When Are Gloxinia Flowers in Season?

Gloxinias are in season throughout the summer months, though their vegetation phase begins in March and doesn’t end until September. These plants most commonly bloom from June to August every year.

Uses and Benefits of Gloxinia Flowers

As a topical remedy, the gloxinia plant has been utilized to treat specific ailments affecting the skin, such as boils — a bacteria-derived lump on the skin.

As of now, no foods or drinks consist of gloxinia, and it has no known edible uses.

Fortunately, if you receive one as a present or choose to buy one yourself, your pets, both cats and dogs, will be fine. They aren’t toxic to either. They could be a choking hazard to your pet, though, just like any other plant.

It’s important to note these flowers attract hummingbirds, bees, and butterflies. Bees are their primary pollinators.

People commonly give these flowers as gifts, and they’re highly ornamental for both outside gardens and as indoor houseplants. They provide the same benefits as other plants, such as air filtration and mood enhancement.

To the Victorians, the bright and bold Gloxinia flower carried the symbolic meaning of ‘love at first sight’. It was believed that whoever you gave a gloxinia flower to will fall madly in love with you when your eyes first met. People thought if they carried around gloxinias, it would also help to lure in potential suitors.

Additionally, Gloxinia plants were commonly gifted to men at Christmas time as they were considered a sign of a ‘Proud and Noble Spirit’.

The color characteristics of flowers also provide additional layers of meaning and symbolism in the language of flowers:

Blue flowers represent trust and peaceful energy and are best for those you trust and admire. Give blue Gloxinia plants to family, friends, or colleagues.

Red is the color of passion and love. It’s commonly believed that red gloxinia flowers represent depth and strength in relationships.

White is the color of innocence and purity, but white Gloxinia flowers can also express trust and dignity. They are suitable for a range of gifting occasions.

Gloxinia Flower Symbolism and the Zodiac

Flowers have been associated with astrology for many years. These associations are based on the belief that planets and stars influence living beings on earth. Some people believe certain flowers express the qualities of the different star signs.

The Gloxinia flower has long been associated with the star sign Cancer (June 23 – July 23). Cancers are often very nurturing and devoted. They have a solid connection to their families and friends and can be very loyal.

In numerology, the gloxinia flower signifies leadership, independence, change, individuality, and a pioneering spirit. This plant is represented by the number ‘one’ which is also symbolic of the sun.

Gloxinia plants are suitable for various gifting occasions and sentiments throughout the year. Potted gloxinia plants make excellent gifts for housewarmings, Mother’s Day gestures, and new baby celebrations and can also be utilized to convey affection, admiration, love, and friendship.

What Does Gloxinia Flowers Symbolize?

In the language of flowers, gloxinia carries the symbolic meaning of love at first sight. Today, these flowers may also symbolize affection, admiration, love, and friendship.

Whilst gloxinia flowers have no specific connection to luck, they have long been associated with assisting in matters of love and finding new partnerships in life.

Is Gloxinia a Flower of Love?

Yes, these flowers have a connection with love. Folklore links them with love at first sight, making them a suitable option to give to a significant other.

Do Gloxinia Flowers Come Back Every Year?

Gloxinias are perennials, so they’ll return every year. With that being said, the hybrids, though, tend to only bloom once and fade because they don’t have a sturdy root system since they channel their energy on blooming.

How Long Do Gloxinia Flowers Last?

The blooms usually last for several weeks. Sometimes, they’ll even remain as long as three to four months with proper care.

Do Gloxinia Flowers Bloom More Than Once Each Season?

No, gloxinias only bloom once per season.

Whether the aesthetic appeal of these flowers entices you or their rich symbolic value, the beautiful gloxinia can make an excellent addition to an outdoor garden or as an ornamental houseplant to gift to friends, family, and loved ones. 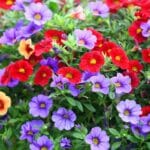 Petunia Flower Meaning in the Language of Flowers 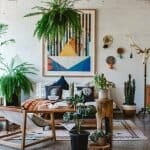