The Meaning, Symbolism, and Cultural Significance of Gaillardia Flowers

The beautiful gaillardia (Gaillardia spp.) or blanket flower is beloved by gardeners for the colorful profusion of blossoms they produce from early summer through fall. The vivid gaillardia is imbued with rich symbolic meaning, too. In the language of flowers, gaillardia is associated with joy, optimism, happiness, charm, abundance, vibrancy, aristocracy, and modesty. Native to swathes of North and South America, several species of Gaillardia also figure in the myth and legend of the region. Read on to learn more about Gaillardia’s meaning and symbolism in the language of flowers.

The Symbolic Meaning of Gaillardia Flowers – The Essentials

In the language of flowers, a gift of bright gaillardia sends a message of joy, happiness, and optimism. Blanket flowers tell someone that you find them charming. They’re associated with modesty, aristocracy, and abundance. Gaillardias also figure in Native American and Aztec mythology and are the official flower of the Wallonia region of Belgium.

There are from 25 to 30 species in the Gaillardia genus. Commonly called blanket flowers, these annuals, perennials, and biennials are known for their daisy-like blossoms that bloom in bright shades of red, yellow, orange, maroon, and even purple. All are native to North and South America.

Gaillardia belongs to the Asteraceae family, which contains about 32,000 species. The family is also known as the daisy or sunflower family and contains many well-known landscape plants.

While different species in the Gaillardia genus have slightly different characteristics, and they feature daisy-like blooms that consist of single flower heads. Most types have up to 15 ray florets or petals. These are arranged around tightly rolled tube florets on a central disc.

Blanket flowers bloom in bright colors that range from deep maroon and purple to red, orange, yellow, maroon, and white. Some boast bi-colored flowers. Gaillardia blossoms don’t have much scent.

The flowers sit atop erect stems. Foliage may be green, blue, silver, or gray, depending on the variety.

The genus Gaillardia was named for Antoine Rene Gaillard de Charentoneau. He was a French naturalist and amateur botanist.

The origins of the common name of “blanket flower” are unclear. Some think it stems from the plants’ tendency to blanket the ground with colorful blooms as it spreads.

Some believe that “blanket flower” refers to a myth about a Native American weaver. His grave was covered with gaillardia that bloomed in the same colors as the woven blankets he created during his life.

Others believe the name comes from the flowers’ resemblance to Native American blankets incorporating the same colors. Similarly, the flowers are also commonly called “firewheels.” This is also thought to reference the bright, rounded patterns found on Native American woven blankets.

The first “official” description of blanket flower stems from 1788 when botanist Auguste Dennis Fougeroux de Bondaroy collected some annuals growing in Louisiana. He named them Gaillardia pulchella after the French botanist and the Latin for “pretty.”

However, these lovely flowers had been prized by the indigenous inhabitants of the Americas for millennia before the European explorers and botanists arrived on the scene.

Uses and Benefits of Gaillardia

As native wildflowers, gaillardia attracts several beneficial pollinators. Birds such as the goldfinch, bees, and butterflies are all attracted to the bright flowers’ nectar. G. pulchella and G. aristata are known for providing food and habitat for Lepidoptera caterpillars. G. aristata is an important food source for baby sage grouse.

Indigenous inhabitants of the Americas used gaillardia for medicinal and culinary purposes. For example, G. pulchella root was used to make a tea to treat gastroenteritis and eye ailments. Powdered root was chewed and used topically to treat skin disorders and by nursing mothers.

G. pinnitifida was used as a diuretic. A poultice made from foliage was applied to treat gout. Flowers, foliage, and roots of G. aristata were used as a topical treatment for backaches and headaches. Internally, the plants were used as a kidney tonic, and to treat tuberculosis and cancer.

The leaves can also be dried, powdered, and ground with seeds to make a spread. Livestock can also use the flowers as a food source.

Gaillardia x grandiflora, a cross of G. arstata and G. pulchella, is the most common type of blanket flower grown today. The two species were hybridized in Europe in 1857 and quickly spread across the globe.

There are many varieties of gaillardia. Some lovely and popular types include:

The Meaning, Symbolism and Cultural Significance of Gaillardia Flowers

Gaillardia Meaning and Symbolism in the Language of Flowers

In the Victorian era, members of certain social classes were bound by strict rules that governed propriety. This meant that speaking one’s mind directly was considered taboo, especially regarding love and romance.

In response, many Victorians adopted a coded language known as floriography, in which flowers held special meaning. This language of flowers was complex, with different types, colors, and amounts of flowers bearing symbolism. Even the way someone gave or received flowers — for instance, presenting flowers with a right or left hand, accepting them right side up or upside down — could be imbued with meaning.

In this system of floriography, a gift of gaillardias might mean, “I think you are charming.” These bright flowers might also symbolize joy, happiness, and optimism. They also could signify modesty, aristocracy, and abundance. And not surprisingly, the flowers are associated with vibrancy and vivacity.

Myths and Folklore Associated with Gaillardia

The blanket flower has long been prized and used by indigenous peoples across the plant’s range in North and South America. For instance, to the Kiowa people, the flowers symbolized good luck.

In Central America, the blanket flower figures in folklore. According to Aztec legend, the flowers were all bright yellow in the days before European colonizers arrived. Women often wore them as decorations on their clothing and in their hair.

But after the conquerors arrived and killed off vast numbers of Aztecs, the flowers were devasted by the bloodshed. They cupped their petals together and collected drops of Aztec blood before it touched the ground. This stained the flowers red, giving them their bright color.

Another legend tells of a woman whose husband went to war. She wove a blanket of red and orange threads, adding prayers for his safety to each strand. While he was away, their daughter wandered off and got lost.

The girl grew cold in the night and prayed that the beautiful blanket would come to keep her warm. The following day, her father found her as he returned from the battle, sleeping warmly under a blanket of beautiful red and orange gaillardia.

Though it’s not native to the area, the gaillardia is the official flower of Wallonia, a region of Belgium. It’s also connected to Texas State University. The school’s colors, maroon and yellow, are said to be inspired by the colors of the blanket flower.

The gaillardia’s bright blooms bring cheer and joy. This makes it a perfect present for a birthday, celebration, or get-well gift. In fact, it’s perfect anytime you want to lighten and brighten someone’s day. Saying “thank you,” “congratulations,” or “I’m thinking of you” is easy when blanket flowers are involved.

What do Gaillardia flowers symbolize?

In the language of flowers, gaillardias say, “I find you charming.” They may also symbolize joy, happiness, modesty, abundance, vibrancy, and aristocracy.

While these flowers don’t symbolize love, they carry many positive connotations. They’re associated with charm and happiness, making them a perfect gift for a loved one.

Do Gaillardia flowers come back every year?

How long do Gaillardia flowers last?

Expect cut gaillardia flowers to last for a week or more. Extend their life by cutting stems on an angle, changing the water frequently, and placing them away from sun, heat, and drafts.

Gaillardia is known to cause skin irritation. Wash them with soap and water after touching them.

Gaillardia, or blanket flowers, have a long, rich history in their native range of the Americas. Their bright, vivid colors make them a cheerful addition to any floral gift. In the language of flowers, they symbolize charm, joy, happiness, and modesty. 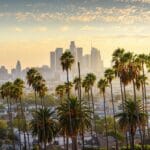 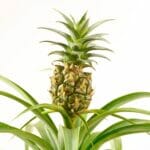