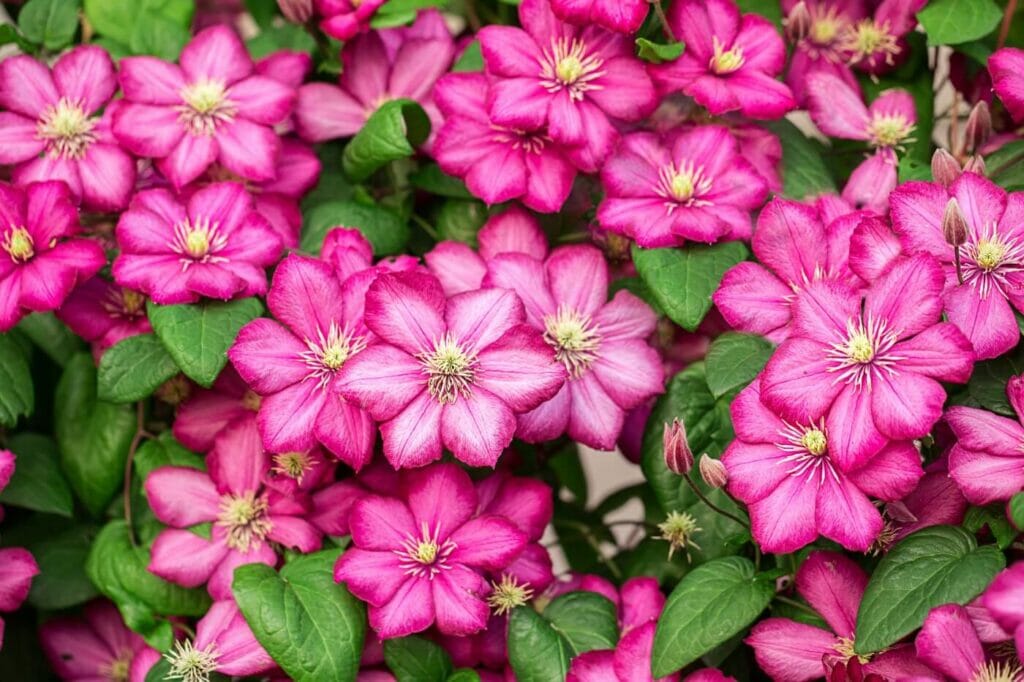 Everything You Need to Know About Clematis Flower Meaning, Symbolism, Popular Types and Uses

Clematis is one of the most popular flowering vines, second only in spread to the Morning Glory. It’s also surprisingly easy to grow in the right climate conditions. As a potent symbol of joy and beauty, Clematis has a powerful set of meanings that can make it a great way to communicate through the classic language of flowers. Explore what it means and how to grow it to decide if it’s right for your landscape designs.

In the language of flowers, Clematis carry the symbolic meaning of joy for travelers, wisdom, and mental prowess. Yet the Victorians also considered the Clematis flower a symbol of poverty, while the Japanese felt it represented moral beauty. The Clematis is also affectionately known as the ‘Queen of the Vines’.

Clematis is a genus of nearly 300 different flowering species, with many considered vining plants. They’re a part of the larger Ranunculaceae family, which includes the various Buttercups and other attractive wildflowers.

Most types of Clematis are vines, growing up and over anything during the warmer parts of the year. A few varieties are shrubs or smaller reclining wildflowers instead. Most lose their leaves over the winter, but a few are evergreen.

Clematis flowers are revered for their heady fragrance and aroma which to many carries notes of almond.

Japanese Clematis varieties were the first to spread to the rest of the world, not arriving in Europe until 1836. The first species introduced to Britain is still the variety most commonly used to breed large flowering cultivars to this day. It had been cultivated for centuries in Japan by that point.

Not only are there nearly 300 species known as Clematis, but there are also hundreds of cultivars that are commonly bred from just a handful of the species. Some of the most popular cultivars feature striped, multicolored, or larger than usual flowers. There are dozens of groups of cultivated Clematis, with ‘Viticella’ and ‘Evergreen’ categories including some of the most widely planted.

Clematis is the Latin name for these flowers as well as the common one. The name is derived from the Latin for climbing vine, which is the most distinctive feature for most plants sharing this name.

What Regions are Clematis Flowers Native to?

Some Clematis species, including the unique Devil’s Darning Needle, are native to North America. Others are native to temperate parts of Asia like Japan and much of China. Evergreen varieties tend to come from Europe, but some are from cooler parts of North Africa instead.

When are Clematis Flowers in Season?

There are two distinct blooming periods for Clematis flowers. Some are spring-flowering varieties, which will only bud on older growth from the previous seasons. They can start blooming while temperatures are still too cold for other flowers. Summer-flowering species can bloom from June to October, but they only produce flowers on new growth from that season.

Uses and Benefits of Clematis Flowers

Some species native to North America were used as a pepper replacement, but that’s considered an unsafe use for Clematis now. Most species can be irritating if eaten or handled, so plant them with care around pets and children that might be curious.

Most varieties are quite attractive to pollinators, including butterflies, moths, and bees of various types.

Known as the Queen of the Vines, Clematis is one of the most widely grown flowering vines. But aside from being beautiful, what does it means as a symbol?

After centuries of careful crossbreeding, Clematis are available in a wide variety of colors. The most common colors for this flower and their specific meanings include:

The Cultural Significance of Clematis Flowers

The Clematis doesn’t play a large role in any particular religious or mythological stories, but it is still full of symbolic meaning. Most of these meanings are taken from the folklore that developed in countries where these vining flowers are native.

From Europe to Asia, Clematis widely carries the meaning of “a traveler’s joy”. This mostly comes from the fact that someone walking in the height of summer down rural roads and paths will pass plenty of large blooms of this vigorous growing vine.

Throughout Europe and Japan in particular, Clematis is used in bouquets to wish travelers well on their journey and used to symbolize people who enjoy traveling and roaming about.

Association with the Devil

Like many other vigorously growing vines, Clematis is also associated with the devil in some parts of Europe and North America. One variety of Clematis that is native to the East Coast of the US is even called the Devil’s Darning Needle for its pointed buds and seed pods.

Most of these other associations come from the vine’s habit of choking out other plants if its growth is not kept contained. However, most varieties popular for garden growth are easily controlled or not that vigorous.

Some cultures refer to many varieties of Clematis as Old Man’s Beard due to the fluffy, wispy seed pods that can form on some species of vines. When a vine completely covering a fence or structure is full of seed pods, it can look like a giant beard waving in the wind. This gives the flower another meaning of wisdom, age, and maturity.

Clematis in the Victorian Flower Language

During the Victorian era, the cultivation of the Clematis spread rapidly across Europe and it became a popular flower. However, it developed a complex meaning in the Flower Language of the time. The Victorians appreciated how it could climb and sprawl even in difficult circumstances, so they assigned Clematis with the meaning of cleverness and mental acuity. It was a common gift to symbolize that you appreciated someone’s wit. Yet it also took on the meaning of poverty, perhaps because so many fine thinkers of that era were far from rich.

Japanese gardeners have been breeding and cultivating Clematis for centuries, so it’s no wonder they are part of the Hanakotoba or Japanese Language of Flowers. In the practice of ikebana and similar arranging practices, Clematis offers the meaning of “moral and correct beauty”. As with Victorian society, it’s also associated with quick-witted individuals.

With Clematis symbolizing luck during travel, mental acuity, and joy, they’re great for people leaving home or starting new careers. A graduate or newly hired employee can be cheered on with a bouquet featuring these bold and colorful blooms.

How to Grow and Care for Clematis Flowers at Home

Due to their climbing habits, Clematis need plenty of space to grow. As long as they are grown in large containers bigger than a few gallons, they should do well. Hanging containers are rarely suitable since they’re usually too small.

Clematis hardiness varies by the species, but most are hardy in zones 4 to 9 and prefer cooler weather in general.

These flowers prefer neutral to alkaline soil that is rich in organic material but not too high in nitrogen. The most important factor is a well-draining soil. Clematis do not need specifically need shade over their roots as is commonly claimed, but they can’t handle soil that bakes solid in the sun and compacts around them either.

Full sun is required for most Clematis varieties. A few can handle partial shade, but they tend to have smaller flowers and won’t flower as much.

Clematis needs to stay moist when blooming, so feel the soil and water thoroughly any time the top 1 inch completely dries out. Soil that holds too much moisture will cause the roots to rot, so ensure that drainage is good first.

This vine needs a lot of nutrients, but little nitrogen or it won’t flower. Stick to 5-10-10 fertilizers and apply once a month at the recommended dosage until flowering ends for the season.

Clematis flowers tend to last a week or longer when cut, especially if cut early in the morning and when just starting to open from a bud.

These beautiful vining flowers belong in the garden of anyone who wants to appreciate their symbolism of joy, travel, and quick wit.

What does clematis symbolize?

What color is clematis?

Clematis are available in many colors, but most are shades of pink and purple.

What are the other common names for clematis?

How long does clematis bloom?

Spring blooming Clematis start as early as March and are done by the summer, while summer blooming varieties start in May to June and finish in the fall.

Does clematis come back every year?

Many Clematis varieties are perennials and return year after year if the winter is not too harsh for them. 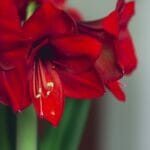 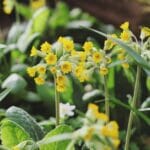