The Meaning, Symbolism, and Cultural Significance of Canna Lilies

Not to be confused with entirely unrelated calla lilies, canna lilies are not true lilies but are actually flowers that belong to the plant family that contains ginger and banana plants. Canna lilies offer beautiful foliage and ostentatious blooms that have a commanding presence in any garden or bouquet. This guide will run through everything you need to know about Canna Lily meaning and symbolism in the language of flowers, plus their cultural significance around the world today.

The Symbolic Meaning of Canna Lilies – The Essentials

Canna lilies have several different symbolic meanings in the language of flowers, including beauty, protection, glory, power, hope, confidence, and confiding in heaven. They are also flowers symbolic of purification.

Canna is a genus containing 12 accepted species of plants that are commonly called canna lilies. The Canna genus is the sole genus belonging to the Cannaceae plant family within the Zingiberales order. Some of the canna lily’s closest relatives include ginger plants and spiral gingers, in addition to bananas, birds of paradise, heliconias, and arrowroot.

Canna lilies are herbaceous, flowering, perennial plants. They feature rhizomatic root systems, large foliage, and showy flower blossoms. The plants are quite large, with wild species reaching nearly 10 feet in height. They have thick, reed-like stalks that produce alternate leaves. The leaves are typically all green in color but sometimes feature variegated markings and other hues like maroon or brown.

The flowers are large and asymmetrical, featuring three sepals, three small and hidden petals, and flashy stamens. The portions of the flowers that look like petals are actually large staminodes. The blossoms are produced in clusters along panicles or spikes. They bloom in all shades of yellow, red, or orange, in addition to several combinations of those colors. While many canna lily blossoms have brightly colored blooms, others feature more muted, pastel tones.

All canna lily species are native to the tropical and subtropical regions of the Americas, where they were widely cultivated by ancient peoples for the nutritional benefits of their starchy roots.

The earliest mentions of canna lilies in Europe come from a 16th-century botanist, Carolus Clusius, from the Country of Artois, which is located in northern France today. He recorded the Canna indica, which was imported to Europe from the West Indies via the East Indies.

The plant and genus get their names from, canna, the Latin word for reed or cane. This is a reference to the plant’s cane-like stalk. In the common name, the term lily refers to the lily-like appearance of the plant’s flowers.

Canna lilies have many uses and benefits. Their rhizomatic root systems are rich in starch and can be consumed by both people and animals. In addition to their foliage and stems, they are commonly used as livestock feed. In parts of India, canna lilies are fermented into alcohol.

Leaf fibers have been used to create paper and even jute-like strings.

Canna lily seeds also have several uses. They’re a common ingredient in tortillas, in addition to being used as beads for jewelry and in musical instruments such as the kayamb, hosho, and gourd rattle. The seeds also produce purple dye.

Canna lilies also attract various pollinators, including hummingbirds, which can make them a healthy choice for adding to a garden in need of pollination.

Today, canna lilies are commonly grown and appreciated worldwide for their beauty in gardens. There are several cultivars and hybrids suited for growing in temperate climates (although they are only perennial if overwintered in a warm location). Many varieties of canna lilies have been awarded the Royal Horticultural Society’s Award of Garden Merit.

The Meaning, Symbolism, and Cultural Significance of Canna Lily Flowers

Although canna lilies are absent from the original text of The Language of Flowers, they have taken on several symbolic meanings, including beauty, protection, glory, power, hope, confidence, and confiding in heaven.

Common Canna Lily Flower Colors and Their Meaning and Symbolism

Like with other types of flowers, the colors of the blossoms also carry their own meaning and symbolism that can change or contribute to the overall symbolic meaning of the flower.

Like water lilies, canna lilies are quite strong. As a result, they can withstand many toxins and are often used to help remove toxins from the environment – especially wetlands. For this reason, they can also be viewed as a symbol of purification, cleansing, and strength.

Perhaps some of the most famous canna lilies are among those featured in a series of several red canna lily paintings by Georgia O’Keeffe with watercolor and oil paints from 1915 through 1927. Of this series, the most recognizable painting is Red Canna. Completed in 1924, this painting features a close-up view of a red canna lily’s vibrant blossom. With shades of purple and highlights in golden yellow, the canna blossom stretches to fill a 30 by 18-inch canvas with bright colors and swelling shapes.

Thanks to their many symbolic meanings, canna lilies are appropriate for just about any occasion. They are especially nice when given as a part of a congratulatory bouquet. They can also be given to a person who is about to begin a new undertaking or someone in need of extra confidence and hope.

Since they can sometimes symbolize confiding in heaven, they are also a good choice for a recipient who is undergoing a spiritual journey or has accomplished a religious milestone such as a baptism, first communion, or confirmation.

Additionally, canna lilies are an appropriate choice for a Father’s Day bouquet, as they are a traditional Father’s Day gift in Thailand.

What Do Canna Lily Flowers Symbolize?

Canna lilies generally do not symbolize love. Red or pink canna lilies, however, can take on symbolic meanings of love or affection due to the color of the blossom.

Do Canna Lilies Come Back Every Year?

Canna lilies are perennial plants, meaning they come back every year. However, they must be grown in tropical or subtropical climates or moved to a warmer location for overwintering in cooler climates.

Canna lilies flower last for about one week, but they will continue blooming throughout summer and fall as long as the spent blossoms are removed.

Canna lilies are not toxic to humans, dogs, cats, or horses.

The Meaning and Symbolism of Canna Lilies – The Final Word

There’s a reason why the canna lily form was powerful enough to fascinate and mesmerize artist Georgia O’Keeffe for more than a decade. These flowers are beautiful and alluring, and their sheer size can truly command a garden. To enjoy the power, glory, beauty, and perfection of canna lilies, plant temperate-zone-friendly varieties in your garden and be sure to shelter them from the cold winter weather. 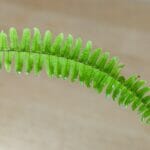 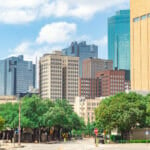