Betony, also known as wood betony or bishop’s wort, is a beautiful purple flower that is considered valuable in traditional European herbal medicine. It’s also full of symbolism when used as part of a floral arrangement or a living landscape. Records on its meaning and medicinal use date back to Ancient Rome, making it one of the symbolic flowers with the longest record of use. See Betony in a new light with this guide. 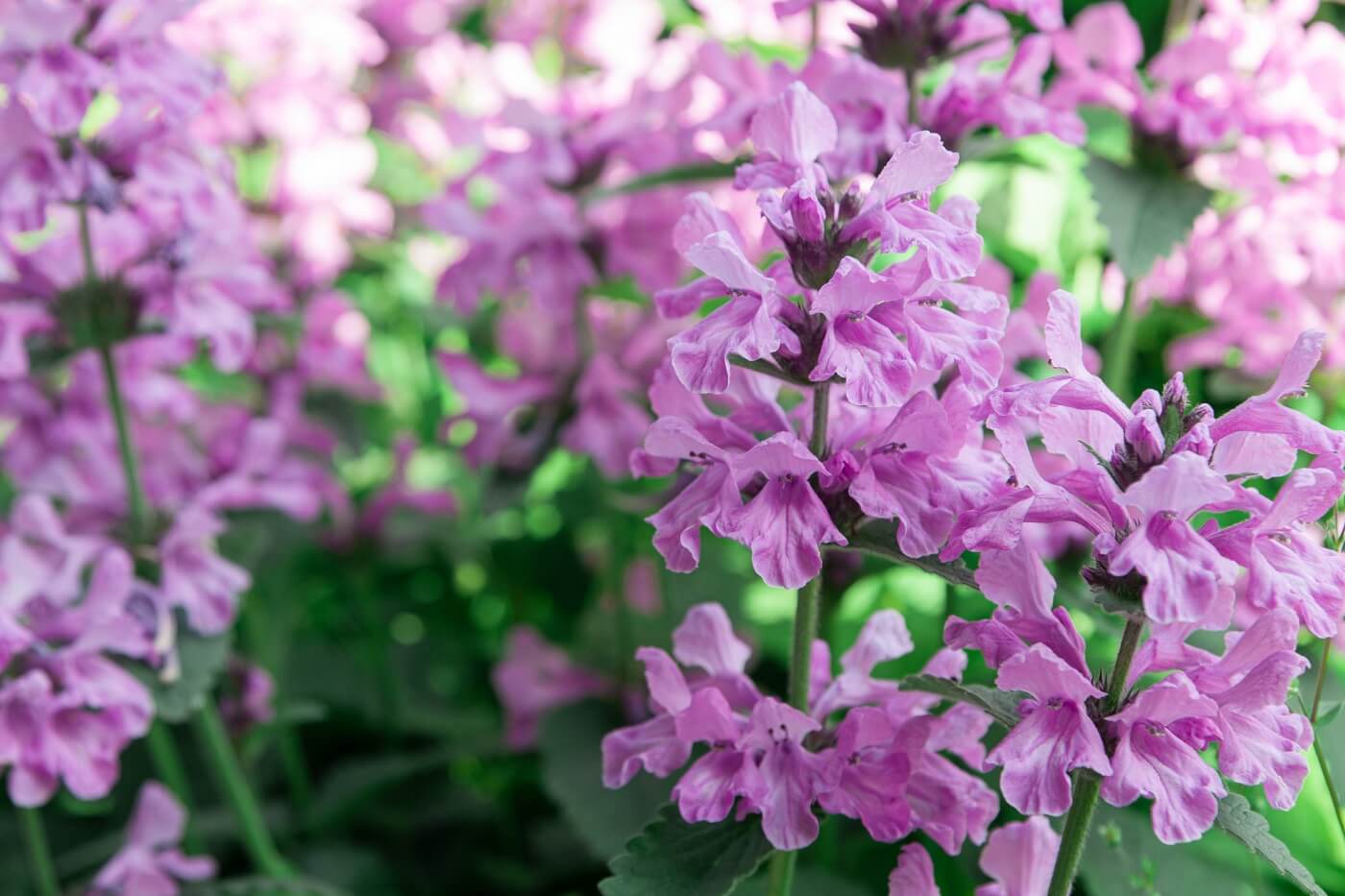 The Meaning & Symbolism of Betony Flowers – The Essentials

Betony is a flower that dates back in symbolic use to before Ancient Rome. It remains today one of the many herbs that represent healing and wellness in general. Other meanings for this common flower include protection from ghosts and spirits.

Betony is a common meadow plant in much of Europe, but it’s also rich in history.

Betonica officinalis is part of the larger Betonica genus, which includes a handful of other related plants. Big Betony is another member of the genus, but it’s far less common as an ornamental plant or cut flower. The family is Lamiaceae, which includes mints and many other related culinary herbs like oregano and thyme.

Betony is a herb that prefers to grow in open grasslands and meadows. It’s only 1 to 2 feet in height, with the purple to pink flowers packed on a tall upright stem. The leaves stay near the ground and have a heart-like shape with serrated edges. It has a mild, almost undetectable scent from the flowers.

Betony has been cultivated informally for thousands of years, since long before the empire of Ancient Rome. Roman writers like Antonius Musa and Pliny wrote about the plant, revealing that it had been widely used long before their time.

Betonica officinalis is the only species known as Betony, and it’s usually grown as an unimproved wildflower. Betonica officinalis subsp. officinalis, or creeping Betony, is a subspecies with white star-shaped flowers that makes a great ground cover. One of the only named cultivars is ‘Hummelo’ and it comes in both pink and orange varieties.

The name Betony changed slightly over the centuries from the original mention of the plant by the Roman writer Pliny. He named the plant after the Vettone tribe that he claimed used it as medicine. They were a tribe from the Iberian peninsula of Spain. The name morphed over time to use a B-sound rather than a V, but otherwise, the pronunciation is the same.

What Regions are Betony Flowers Flowers Native to?

The flower is native to most of Europe, including Scotland and England. It’s also native to North Africa and West Asia. The Romans encountered it during their conquests of Europe, especially when interacting with Celtic and Iberian tribes.

When are Betony Flowers in Season?

Betony comes into its main blooming period at the start of the hottest part of the summer. This is usually July to early August in most areas. Blooming can continue through fall, but it often ends after just a few weeks in cooler areas.

Uses and Benefits of Betony Flowers

Betony flowers aren’t just symbolic. They’ve also been used practically for hundreds of years, although many of these uses are outdated now.

The first named mention of the plant in Ancient Rome was a reference to its use as a medicinal cure-all. Then European medicinal tradition called for using the herb for treating headaches, migraines, stress, and conditions considered to be caused by “bad blood”.

Today, some people still take it as a tea or supplement for stress and migraines. It’s considered safe for children but can cause reactions in pets.

The flowers are also highly attractive to bees and other pollinators, so it’s a great addition to any bee-friendly garden.

The common Wood Betony does more than just brighten up the meadow or roadside across Europe. It’s also a cultural and religious symbol of its own.

True Betony only comes in a limited number of colors because it’s been rarely cultivated or crossbred. However, there are a few varieties that carry a different meaning due to their color.

The standard color for unimproved Betony is a rich purple, which carries the meaning of royalty, elegance, and even luxury. This is because the color was limited to use by royalty for many centuries.

The Cultural Significance of Betony Flowers

Understanding all the layers of meaning to the Betony flower requires a multi-cultural approach. This flower has been important to people both physically and figuratively for centuries.

The Romans were the first to write about Wood Betony and its meaning to the people they came in contact with during their conquests. The Celtic and Iberian people used Betony as a cure-all plant, so it became just as meaningful to the Ancient Romans. In fact, some sources from the time claimed it could cure either 47 or 50 different conditions.

This powerful symbolism of healing and protection carries through to the day, with many people carrying or growing Betony to ward off disease. Even the Ancient Egyptians were interested in trading for Betony for its potential as a cure-all.

During the Victorian era where everyday flowers were assigned deeper meanings, Betony took on a meaning of surprise instead. This may be due to its sudden appearance at the peak of summer whether many other flowers are fading instead. It’s not entirely clear where this meaning came from. Adding a Betony to a flower arrangement during this time, or even now, could communicate surprise at someone’s feelings for you.

European folk use for Betony wasn’t limited to its importance as a believed cure-all or medicinal herb. It also picked up a secondary meaning as a herb that could protect people from angry ghosts or spirits. This lead to its widespread planting in cemeteries and graveyards across Europe.

It was believed to soothe the spirits of the people buried there, protecting anyone who passed through the area at night. In other parts of Europe, the blooms were carried as protection from the supernatural.

Thanks to its meaning as a cure-all for so many years, it’s a great choice for wishing someone well after an illness. Putting together a bouquet of Betony can also help someone who is concerned about ghosts or other supernatural issues.

Finally, don’t overlook Betony as a gift for someone who has surprised you with their feelings or has been a positive new development in your life.

How to Care for Fresh Cut Betony Flowers at Home

Betony is a fairly fragile flower, so it’s hard to add to bouquets without it losing its petals after just a few days. Only changing the water regularly can prevent the loss of the flowers. Consider replacing them in the middle of the bouquet’s lifespan if it’s possible to cut a fresh set of blooms.

Betony is a meaningful herb that may or may not have medicinal value today. Even if you simply add it to your landscape or a bouquet to wish healing to someone, it can send a strong message thanks to its many layers of symbolism.

What do betony flowers symbolize?

Betony is a symbol of healing, protection, the supernatural, and even surprise.

What is betony used for?

In addition to its symbolic uses, Betony is also widely used across Europe as a traditional treatment for headaches and more.

Where does betony grow?

Betony is native to most of Europe and many parts of Asia and North Africa. Now that it’s been spread across the world as a wildflower, it can also be found growing wild in North America.

It’s a very bee-friendly plant due to the shape and color of its flowers.

Betony can be invasive in some parts of North America, but in general it’s considered a harmless introduced wildflower. 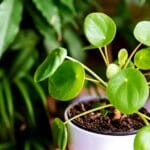 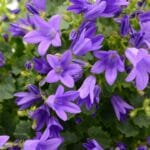